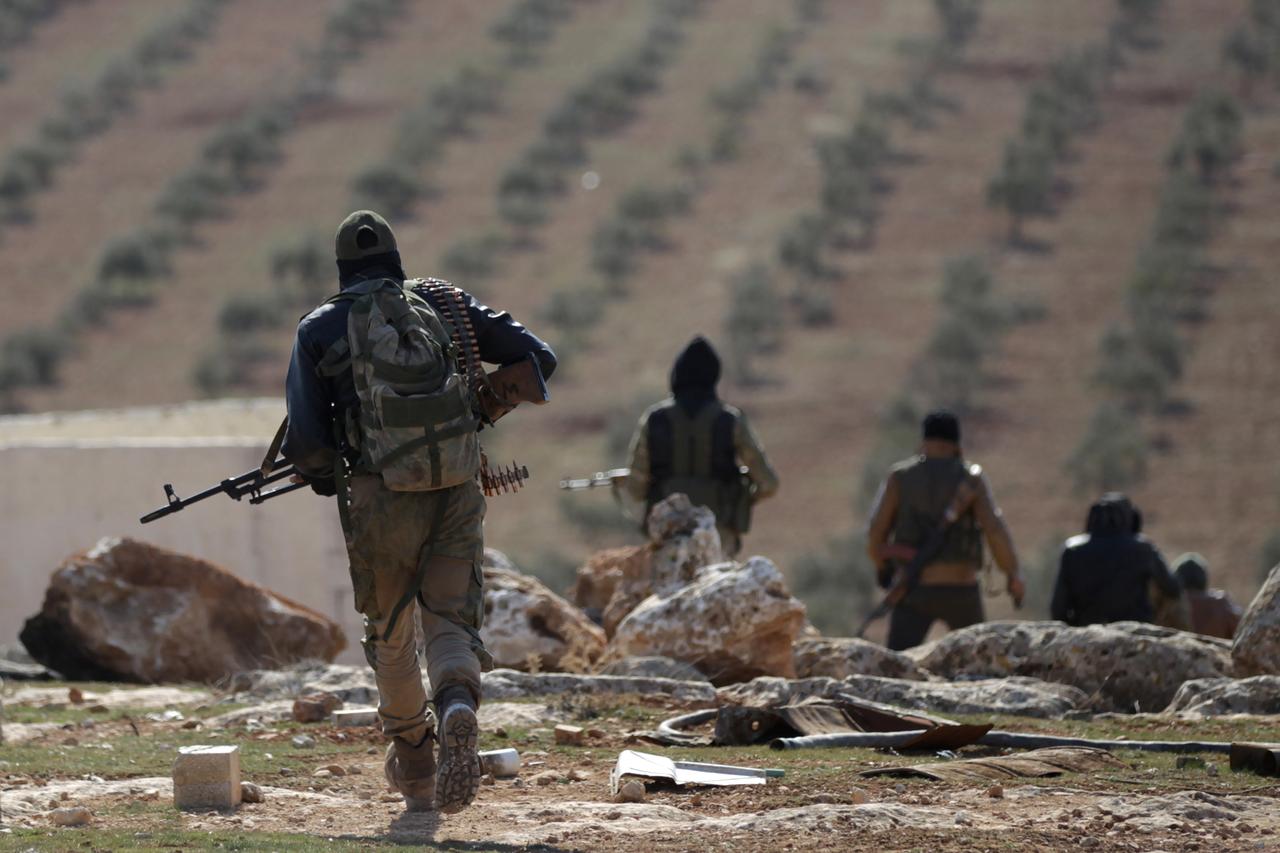 The conflict in Libya, which began with mass protests and uprisings during the Arab Spring, ousted the country’s long-time ruler Muammar Gaddafi, who had been in power since 1969.

Moscow is trying to find a diplomatic solution to the conflict in Libya, which has been raging since the Spring of 2011, but is concerned that fighters have made their way into the country from their bases in Syria and Iraq.

"About 90 percent of the territory of the Syrian Arab Republic is controlled by a legitimate government. The remaining hotbeds of terrorist activity, above all, is Idlib, where the extremists are gradually losing ground," RIA Novosti quoted Lavrov as saying at the press conference on Monday during a visit to Sri Lanka.

"But, unfortunately, if we talk about the relationship between Syria and Libya, they are going there to continue to muddy the waters in this country [Libya]."

The conflict in Libya, which began with mass protests and uprisings during the Arab Spring, ousted the country’s long-time ruler Muammar Gaddafi, who had been in power since 1969. Currently, there are two parallel governments. The eastern part of the country is controlled by the Libyan National Army (LNA) and the western part is governed by the United Nations-backed Government of National Accord (GNA).

Lavrov stressed that Libya and Syria are very different cases. In Damascus, there is an ongoing process of a political settlement, which is lacking in Libya.

Having played a role in mitigating conflicts in the Middle East, Russia has steadily grown its prestige in the region as a major player and a peacemaker over the last few years. This week, Moscow hosted the first direct meeting since General Haftar, who heads the LNA, launched his attack on Tripoli last April, which claimed the lives of more than 1,000 people and displaced nearly 120,000.

Following the talks, which lasted about eight hours, the GNA government in Tripoli, led by Fayez Mustafa al-Sarraj, agreed to a truce. But Haftar rejected the agreement and left Moscow, throwing open the door to a possible renewal of fighting and deeper foreign intervention.

Later, Haftar explained that the proposed document ignored some of LNA’s demands. According to a report published by TASS, during the indirect talks in Moscow Haftar insisted on allowing his troops to enter Tripoli and forming a national unity government that would receive a vote of confidence from the Tobruk-based parliament. He also called for international monitoring of ceasefire without Turkey’s participation and demanded immediate withdrawal of forces from Syria and Turkey.

Meanwhile, al-Sarraj’s government wants Haftar’s forces to retreat to positions they had occupied before April 4, 2019, when the LNA announced it was advancing towards Tripoli. Sarraj also insisted on retaining the post of the supreme commander-in-chief of the Libyan armed forces.

Further political negotiations over the future for Libya are taking place this weekend.