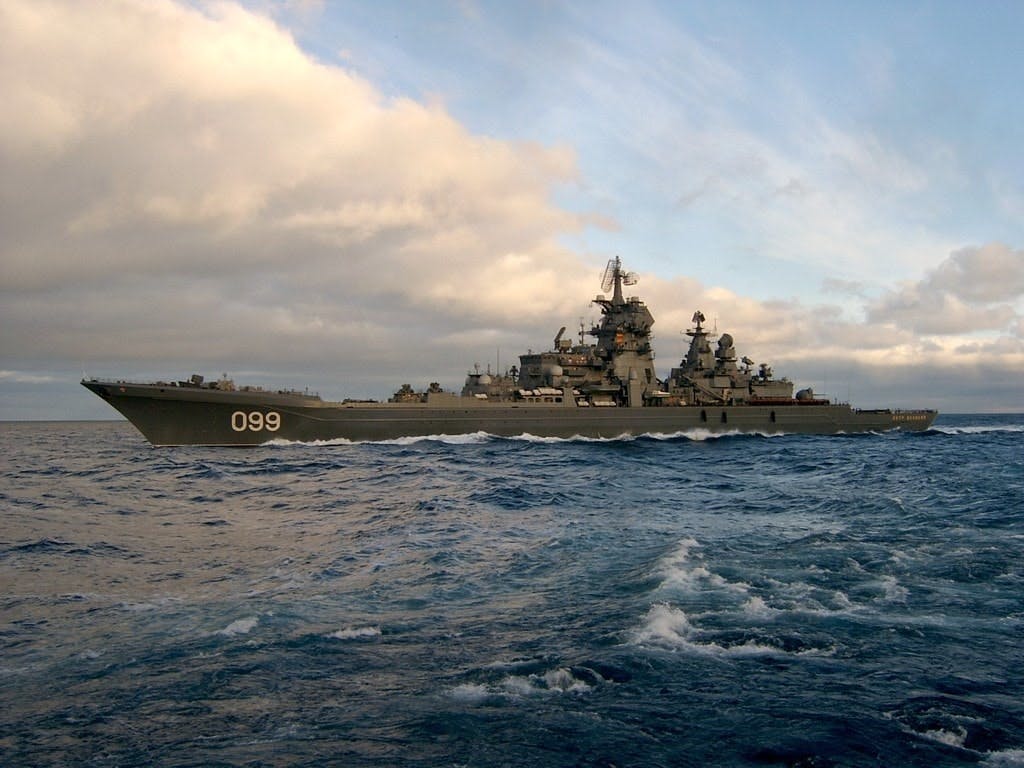 The Russian National Defense Control Center revealed on Monday that the Russian Northern Fleet had begun monitoring the actions of a NATO naval strike group in the Barents Sea, which directly borders Russia.

Tensions between former Cold War foes have moved to the Barents Sea, where the United States Navy along with the UK have deployed missile destroyers to conduct a bilateral naval anti-submarine warfare (ASW) exercise.

The Russian National Defense Control Center revealed on Monday that the Russian Northern Fleet had begun monitoring the actions of a NATO naval strike group in the Barents Sea, which directly borders Russia.

"The forces and means of the Northern Fleet have begun tracking the actions of a naval strike group of the NATO's Allied Maritime Forces, including DDG (guided-missile) destroyers USS Porter, USS Donald Cook, USS Roosevelt and British Royal Navy frigate HMS Kent that entered the Barents Sea at 7:00 a.m. Moscow time on May 4," reads a statement posted on the center's official website.

For the first time since 1980s, four US Navy ships have sailed into the Barents Sea alongside a frigate from the UK’s Royal Navy to conduct what the US 6th Fleet said to be "maritime security operations in the challenging environmental conditions above the Arctic Circle." The Navy said it had notified the Russian Defense Ministry of its intention to send ships into the Barents in an attempt to avoid misinterpretation.

"In these challenging times, it is more important than ever that we maintain our steady drumbeat of operations across the European theater, while taking prudent measures to protect the health of our force," said U.S. 6th Fleet commander Vice Admiral Lisa Franchetti in a press release published on Monday. "We remain committed to promoting regional security and stability, while building trust and reinforcing a foundation of Arctic readiness."

The USS Porter and Donald Cook destroyers are equipped with Tomahawk cruise missiles and Aegis missile defense system. The ships are usually permanently deployed in Europe at the Spanish military base in Rota. Together with the Aegis missile defense ground bases in Poland and Romania, these destroyers are components of the "Phased, Adaptive Approach for Missile Defense in Europe," tasked with protecting the continent from ballistic missile threats.

Some 1,200 American and British sailors took part in the exercise, testing "the crews in high-end training while enhancing regional stability and security," according a release issued last week.

The Barents Sea, which is divided between Norwegian and Russian territorial waters is a part of the Arctic Ocean - an area of renewed attention for NATO amid tensions with Russia. Russia’s largest fleet, the Northern Fleet, is based on the coast of the Kola Peninsula and has access to the North Atlantic via the Barents Sea for its surface ships and submarines.

The exercise comes at a time of heightened tensions between the West and Russia, which have intensified since the Ukraine crisis in 2014. Things escalated further when Russia held military drills in the Baltic Sea, which over the past few years has become a flashpoint in the showdown between Russia and the West. NATO interpreted the drills as a threat to three of its member states, namely Latvia, Lithuania and Estonia.

Russia, the world's second strongest military power, has repeatedly voiced concerns over the expansion of NATO’s presence along the borders. Yet the alliance considers Russia as the biggest threat facing NATO today due to what the bloc considers to be Russia’s destabilizing behavior, particularly along NATO’s borders.