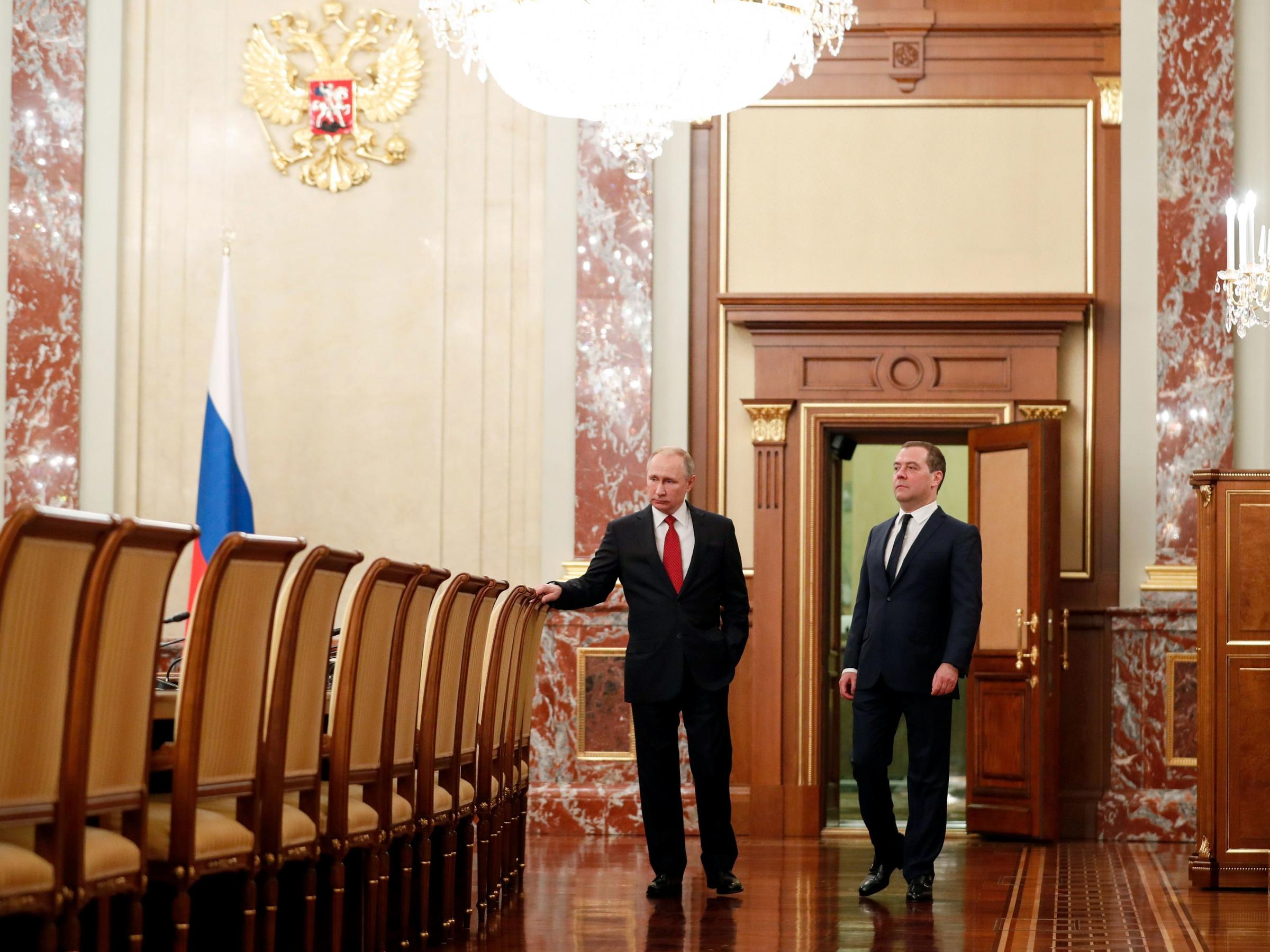 Russian President Vladimir Putin and Prime Minister Dmitry Medvedev speak before a meeting with members of the government on Wednesday in Moscow.

Russia’s Prime Minister Dmitry Medvedev made headlines this week when he and his government unexpectedly announced their resignation. The move came after President Vladimir Putin’s annual state-of-the-nation speech, in which he proposed fundamental changes to the constitution.

“Vladimir Vladimirovich [Putin] outlined not only very important work priorities in our country for the coming year, but also outlined a number of fundamental changes to the constitution of the Russian Federation,” TASS quoted Medvedev as saying at a meeting of government ministers in Moscow.

“In this context, it's obvious that we, as the government of the Russian Federation should provide the president of our country with the opportunity to make all the decisions necessary for this. In these conditions, I believe that it would be right, in accordance with Article 117 of the constitution, for the government to resign,” Medvedev said.

Accepting Medvedev’s resignation, Putin thanked him and the government for its service and requested that they stay in office as a caretaker government until a new one is formed. Medvedev, who has served as the prime minister since 2012, was offered a new position as the deputy chair of Russia’s security council, meaning that he will be a direct deputy to Putin who, as president, chairs the body.

Putin also voiced his intention to appoint Mikhail Mishustin, the head of the Federal Taxation Service, as the country’s new prime minister.

The package of constitutional changes proposed by Putin includes proposals to grant the State Duma, the lower house of Russia’s parliament, the power to appoint the prime minister and the rest of the cabinet without President's right to reject those appointments, as opposed to just approving their candidacies, which is currently the case.

Under Putin’s plan, the State Council, a consultative body, will be transformed into a permanent fixture, with its status and role written into the constitution. The president praised the council’s effectiveness, stressing that its working groups ensure the most important problems of the people are thoroughly investigated.

Some analysts speculate that Putin, who has been in power since 1999, is proposing all of this to keep a grip on power after he steps down as president in 2024. Regina Smyth, a professor of political science at Indiana University, believes that the cabinet and prime minister’s resignation are parts to Putin’s plan to consolidate control and maintain his power after the next elections.

“Putin wants his majority in the parliament, the State Duma, to pass constitutional amendments that will allow him to remain in political control,” she said according to The Conversation.

“This move is not unexpected, at least among Kremlin watchers and scholars like me who have studied Russian elections over 30 years. Putin signaled the change in his annual press conference in December, where he spoke about the potential for constitutional reforms.”