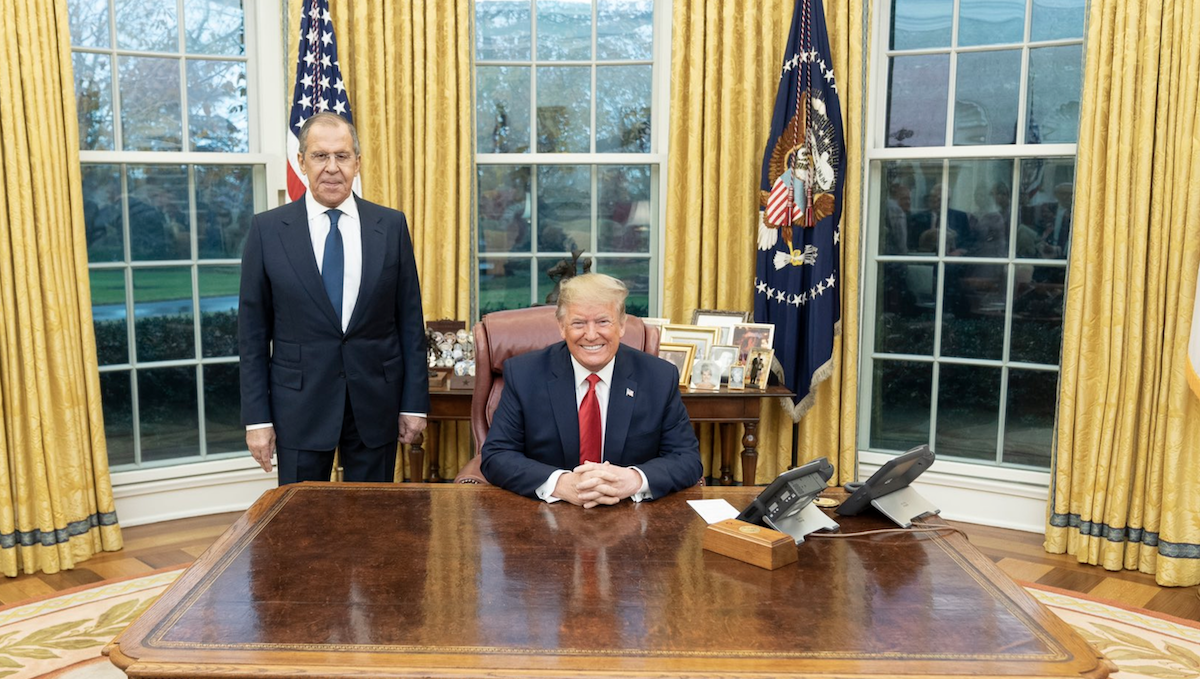 With the U.S. withdrawal from the Intermediate-Range Nuclear Forces Treaty in August, New START is considered the last big arms control pact remaining between the U.S. and Russia. / Shealah Craighead

Following his meetings, Lavrov reiterated the Kremlin’s readiness to extending the accord, which was agreed to during the Obama administration and signed in 2010. It is set to expire in 2021, meaning negotiators have just over a year to reach an agreement.

“As for the New START, we offered Washington any options for extending this treaty,” TASS quoted Lavrov as saying on Tuesday at a press conference following his first visit to Washington since May 2017. “So, I will answer briefly, this covers the meaning of our discussion.”

With the U.S. withdrawal from the Intermediate-Range Nuclear Forces Treaty in August, New START is considered the last big arms control pact remaining between the U.S. and Russia. The pact is meant to limit the number of nuclear weapons deployed by both sides, and provides for a substantial reduction in the number of intercontinental ballistic missiles, ballistic missiles on submarines and heavy bombers, as well as warheads and deployed and non-deployed launch vehicles.

“Until this date everything remains in our hands and in the hands of the United States,” Lavrov said, referring to February 5, 2021, when New START expires. “Our proposals are on the table. We have been heard, I understand that, now Washington will decide.”

Moscow has repeatedly expressed its interest in extending the treaty – just last week Russian President Vladimir Putin offered to extend New START with no preconditions. But progress towards that end is grim, given Washington’s concerns over China’s military build-up. Trump and his advisors have voiced their concerns that any bilateral nuclear arms treaties with Russia that do not include China are outdated, and that a new deal should be inked by all three.

Beijing has balked at any such suggestion, saying that China’s nuclear arsenal is a small fraction of the size of those of the United States and Russia.

“We believe that the U.S. should respond to Russia's calls for an extension of New START Treaty and phase out its huge stockpiles of nuclear weapons,” TASS quoted Chunying as saying on Wednesday.

“The United States should create the conditions for multilateral negotiations on this issue,” Chunying said. “If the American side is really worried about global strategic security, it should refrain from negative actions that undermine stability and lead to an imbalance of the situation around the world.”