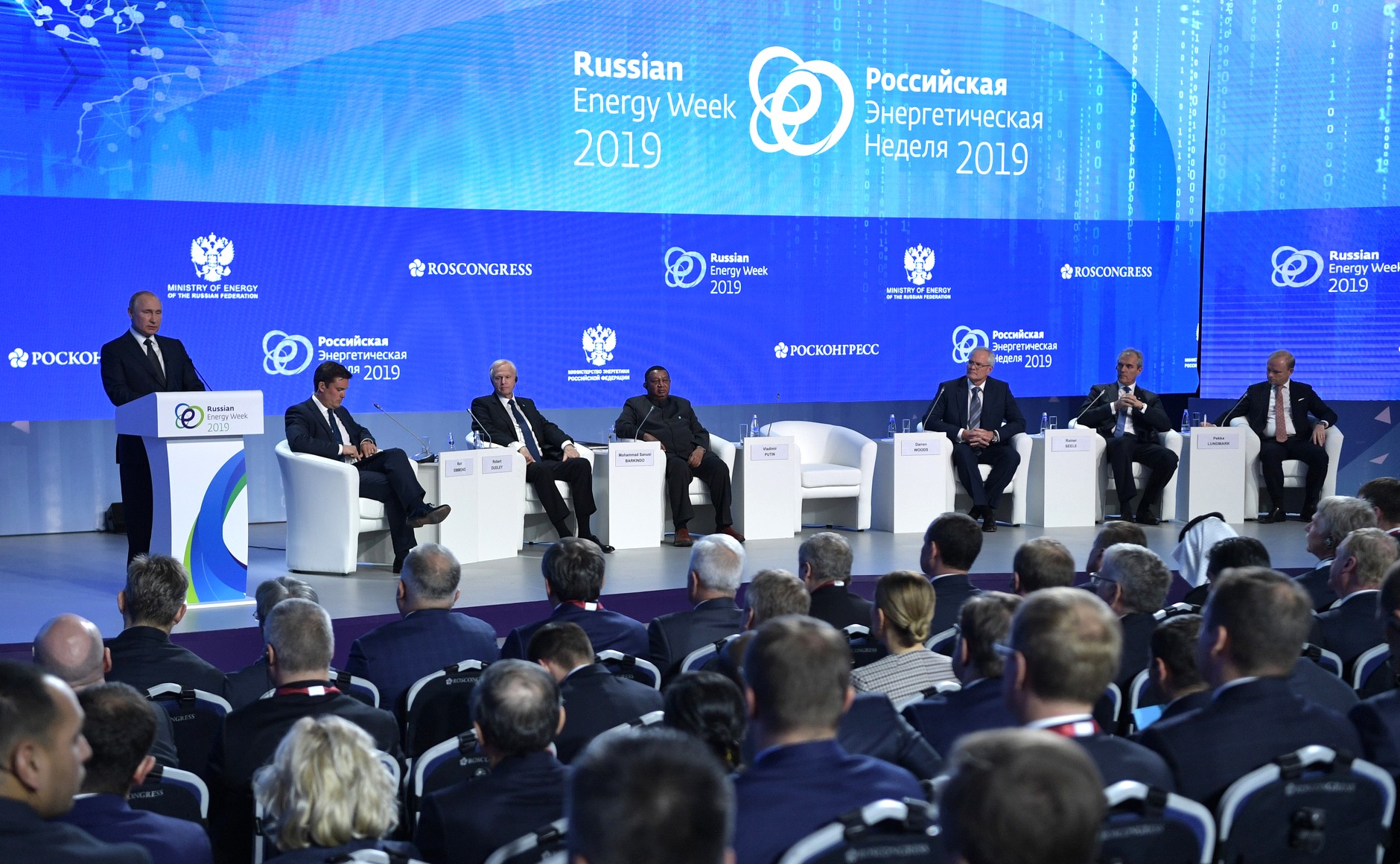 More than 70 events were held within the forum, including a panel session on Wednesday headlined “Energy Partnership for Sustainable Growth.”

Russian fuel and energy sector took a center stage last week, as senior officials and business leaders from around the world gathered in Moscow for the Russian Energy Week international forum.

The four-day event, which opened on Wednesday and finished on Saturday, brought together more than 10,000 representatives from over 200 companies and 80 countries.

“We expect that the Russian Energy Week forum will enable international and Russian participants to see the whole range of opinions and create new joint initiatives,” Kremlin spokesman Dmitry Peskov said, according to a statement posted to the event’s official website.

The event was organized by Russia’s energy ministry, in cooperation with the state-owned Roscongress Foundation and sponsored by the Government of Moscow.

More than 70 events were held within the forum, including a panel session on Wednesday headlined “Energy Partnership for Sustainable Growth.” There President Vladimir Putin underscored Russia’s role as a key player in ensuring the balance of demand and supply in the global energy market.

“As you know, Russia has always been a very responsible actor in the global market,” he said, according to First Channel. “We are doing everything to balance supply and demand together with you, create favorable conditions for the development of the global economy, for consumers and for the development of the industry itself,” Putin said, addressing foreign ministers gathered on the first day of the forum.

ExxonMobil’s participation is significant because it comes at a time when the Texas-based American company has reduced its participation in Russian exploration projects.

The development of Russia’s energy sector, which has been prioritized by Putin as the main source of revenue for the country, has been given a boost. Gazprom is currently building the Nord Stream 2 and TurkStream gas pipelines, both aimed at delivering Russian natural gas to Europe – the main buyer. However, in the wake of Western sanctions imposed on Russia in 2014 following the crisis in Ukraine, Russia – with the world’s largest proved reserves – has pivoted to the east and sought customers in Asia.

“Russia's share in the global balance of gas production will continue to grow, and by 2035 may reach 26-27 percent,” Russian energy minister Alexander Novak said on the sidelines of the forum, according to Teller Report.

“Over the past 10 years, gas production has increased by 100 billion cubic meters. For example, last year our country delivered a record amount of gas to Europe. Russia has competitive advantages - a highly developed infrastructure, while the cost is one of the lowest in the world.”

As the Caspian region’s largest and wealthiest country, Russia sits on top of some of the world’s largest gas reservoirs. According to the United States Energy Information Administration, its estimated gas reserves account for about 48 trillion cubic meters (tcm) of natural gas.