Russia, US Agree to Hold Talks on Ukraine in January Next Year 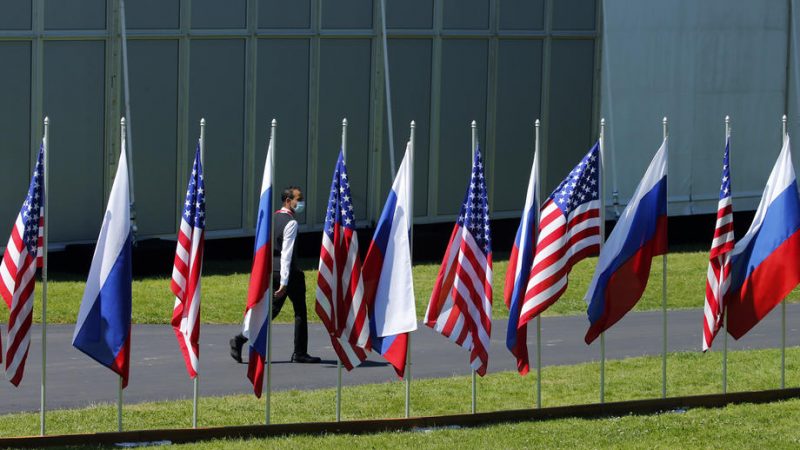 Tensions between Moscow and Washington reached a boiling point when the US accused Russia of plotting an imminent invasion of its neighbor after tens of thousands of Russian troops were stationed along the Ukrainian border — the second such move this year. / Pool/EPA/EFE

After weeks of tension and mutual warnings, the world's two greatest nuclear powers have agreed to hold much-anticipated talks over nuclear arms control and simmering tension between the pair over Ukraine on January 10, 2022.

Officials from Russia and the United States will take part in high-stakes talks as part of the Strategic Security Dialogue that US President Joe Biden and Russian President Vladimir Putin announced during their June summit in Geneva.

“The United States looks forward to engaging with Russia,” a spokesperson for the National Security Council told Agence France-Presse (AFP) late Monday, on condition of anonymity.

The spokesperson went on further to say that Moscow and NATO representatives are also expected to meet on January 12, while a round of discussions within the Organization for Security and Cooperation in Europe (OSCE), which includes Russia and the United States, is scheduled for January 13.

Tensions between Moscow and Washington reached a boiling point when the US accused Russia of plotting an imminent invasion of its neighbor after tens of thousands of Russian troops were stationed along the Ukrainian border — the second such move this year. Russia has repeatedly claimed that it is free to move its troops within its borders and has no plans to attack Ukraine, yet, the US has threatened sanctions on an unprecedented scale if it does.

Russia is seeking legally binding security guarantees excluding any further NATO expansion eastward and deployment of its weapon systems in close vicinity to Russian territory amid rising tensions over Ukraine.

In mid-December, Russia's foreign ministry unveiled draft security guarantees it had proposed to the United States, envisaging that NATO deny membership to Ukraine and other former Soviet countries and roll back the alliance's military deployments in Central and Eastern Europe. The proposals suggest parties should settle disputes by "peaceful means and refrain from the use or threat of force in any manner inconsistent with the purposes of the United Nations."

As the world's second strongest military power, Russia has repeatedly voiced concerns over the expansion of NATO's presence along the borders. The Kremlin claimed that any deployment of NATO troops to Ukraine threatens stability near Russia's borders and may trigger a strong response from Moscow to ensure its security.

Although Russia decreed a unilateral moratorium on the deployment of new missiles in Europe, the world's second-largest military power made it clear that it may be forced to deploy intermediate-range nuclear missiles in Europe in response to what it sees as NATO’s plans to do the same.

Moscow is concerned that weapons systems previously banned under the Intermediate-Range Nuclear Forces (INF) Treaty may reappear, at the behest of NATO members, soon in Europe.

Signed in 1987 under the Ronald Regan administration, the INF treaty was a part of a series of arms control accords that defined the post-Cold War Euro-Atlantic security architecture. The treaty banned the United States and the Soviet Union from possessing, producing, or test-flying ground-launched nuclear cruise and ballistic missiles having a range of 500 to 5,500 kilometers or roughly 300 to 3,400 miles.

With the suspension of the INF treaty, the “New START” has become the last major arms control agreement keeping the two countries from launching a new arms race. Earlier this year, the document was extended for five more years, to 2026.