Russia-Ukraine Talks: Moscow Pledges to Pull Troops Back from Kyiv 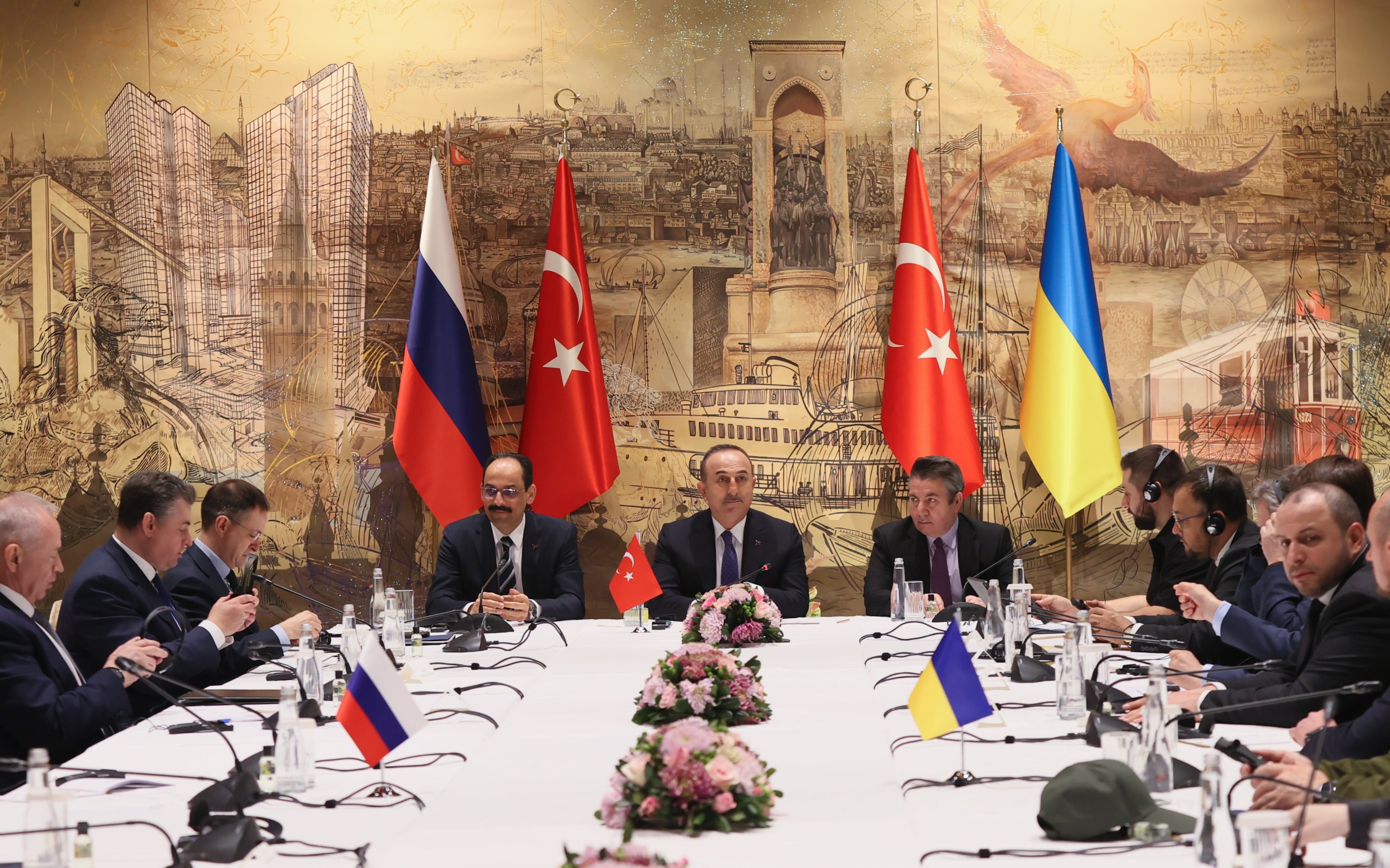 Ukraine vowed to not join military alliances such as NATO — a key Russian demand. / AA Photo

The latest round of Russia-Ukraine talks aimed at ending the fighting between Moscow and Kyiv have concluded in Turkey, with both sides expressing cautious optimism.

After delegates from the two countries met for their latest face-to-face peace talks in Istanbul on Tuesday, Russia’s deputy defense minister, Alexander Fomin, said the country would “radically, by several times reduce the military activity” around Ukraine’s capital of Kyiv and the northern city of Chernihiv.

This would “increase mutual trust for future negotiations” in order “to agree and sign a peace deal with Ukraine,” he added.

On his part, head of the Russian delegation, Vladimir Medinsky, expressed satisfaction over “constructive discussions” he had with the Ukrainian side during the three-hour-long peace talks.

He added that the Russian delegation had received written proposals from the Ukrainian side “confirming its desire for a neutral and nuclear-free status.”

Ukraine vowed to not join military alliances such as NATO — a key Russian demand. The proposals also include a ban on Ukraine deploying foreign military bases, contingents, or holding military exercises on Ukrainian territory without the consent of the guarantor states, including Russia.

In exchange, Ukraine has asked for security guarantees such as an international mechanism where guarantor countries would act to protect Ukraine in the future. The security guarantees would not extend to the Donetsk and Luhansk regions — collectively known as Donbas — in eastern Ukraine. The region comprises both government-controlled and separatist-controlled areas. Its main industries are coal mining and steel production.

On its part, Russia said it would not object to Ukraine’s membership in the European Union.

Ukraine also proposed a 15-year consultation period on the status of the Crimean Peninsula — a Ukrainian territory on the northern coast of the Black Sea — as long as a complete ceasefire with Russian forces is reached.

Crimea has been a bone of contention between Kyiv and Moscow since 2014 when Russia annexed the peninsula. A Moscow-backed referendum held in March of that year reportedly revealed that more than 90 percent of Crimea’s residents wanted the peninsula to be under Russian control. However, the vote was declared illegitimate by Ukraine, Western countries, and the United Nations.

The current war began when Russia’s troops entered the country on February 24, claiming it was protecting the people of two self-proclaimed separatist-controlled regions of Ukraine allegedly being attacked by the Ukrainian military. Since then, the Russian advance has made slower progress than most military analysts had expected, mostly due to fierce Ukrainian resistance.