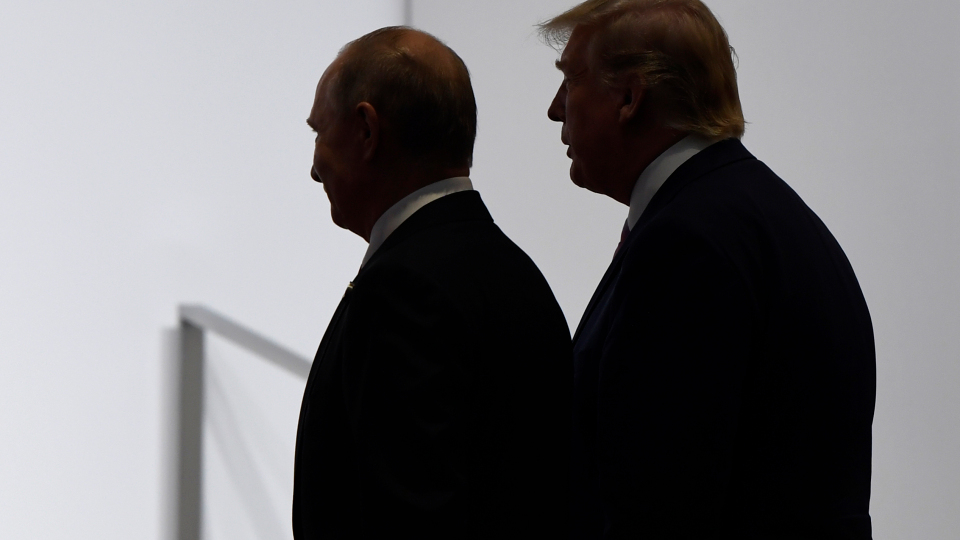 The Open Skies Treaty, which came into force in 2002, allows observing flights over the entire territory of its participants to collect data related to military forces and activities. / Susan Walsh / AP

Russia is launching the relevant procedural moves to withdraw from the Open Skies treaty designed to boost transparency of defense activities among member states and reduce the risk of military miscalculations that could lead to war.

In a statement issued on January 15, the Russian Foreign Ministry said that Washington's withdrawal from the Open Skies Treaty last November had “essentially destroyed the balance of interests of the State-Parties.”

“Due to the lack of progress in eliminating the hindrances for further functioning of the Treaty under the new circumstances, the Russian Ministry of Foreign Affairs is authorized to declare the beginning of domestic procedures for the withdrawal of the Russian Federation from the Treaty on Open Skies,” the ministry explained the planned withdrawal, adding that the respective notification will be sent to the Depositaries after completing all the procedures.

The Open Skies Treaty, which came into force in 2002, allows observing flights over the entire territory of its participants to collect data related to military forces and activities. The major post-Cold War defense pact was supposed to build trust between Russia and the West allowing the accord’s 34 countries that are party to the agreement, including NATO members, to carry out reconnaissance flights over each other’s territories to monitor each other’s military activities.

However, fears of a second arms race between Russia and the United States have resurfaced after U.S. President Donald Trump pulled out the United States from the Open Skies Treaty, accusing Russia of treaty violations. Moscow denied the accusation. After Washington decided to suspend compliance with the accord, Moscow has voiced concerns with how allies who remain states-parties will handle information obtained under the treaty, fearing Washington will still have access to information collected during the treaty activities.

Dmitry Stefanovich, a researcher at the International Security Center with the Russian Academy of Sciences’ Institute of World Economy and International Relations, believes that the European partners “had buried this agreement with their own hands.”

“Since May, when the United States announced its withdrawal, Russia has offered quite constructive options for preserving the treaty, but was not reached the understanding,” Stefanovich told RBC on Friday, commenting on Russia's decision.

Stefanovich said officials in Moscow asked the remaining parties to the agreement for legal assurances that they would not share information gathered during Open Skies flights with Washington. However, Europe refused to reassure its commitment to the treaty, the researcher added.

With the suspension of the Open Skies Treaty, there is only one arms control pact left between the two nuclear powers, known as the “New START” treaty, which will expire next month. In accordance with the document, the U.S. and Russian forces are limited to deploying only 1,550 nuclear warheads.

Last August, the Trump administration pulled out of the Intermediate-range Nuclear Forces Treaty (INF), accusing Russia of violating the terms of the treaty. Signed in 1987, the agreement banned nuclear and conventional ground-launched ballistic, as well as cruise missiles with ranges between 500 and 5,500 kilometers.

The U.S. and NATO have been claiming that Russia is engaged in the development of the 9M729 ground-launched cruise missile system, also known as SSC-8. According to the U.S. data, the system has a range of 500 km (311 mi.), violating the terms of the INF treaty. But the Russian government claims that the system has a range of only 480 km (298 mi.), keeping it within the allowable ranges permitted by the pact.