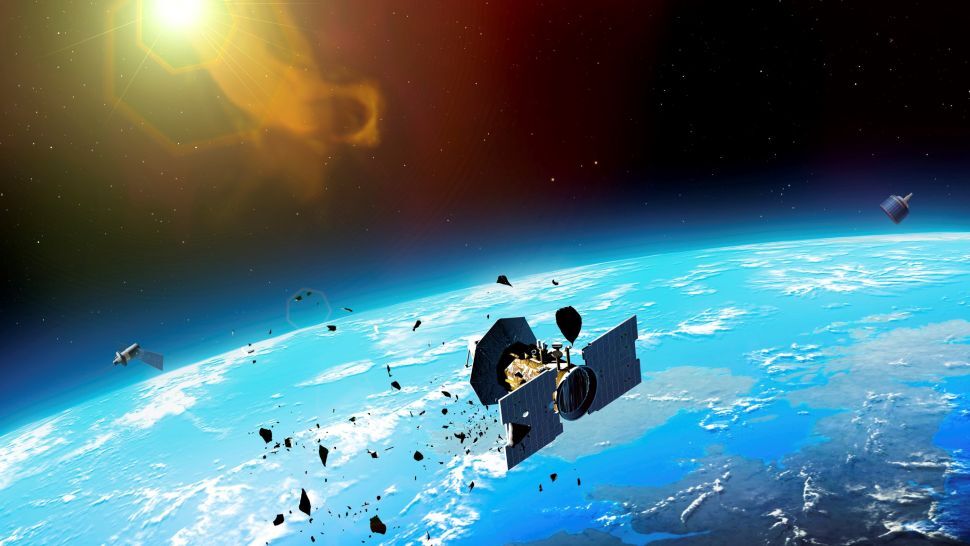 Russian state corporation Roscosmos has said that Russia will launch Iran’s Khayyam satellite aboard its rocket on August 9.

"We plan to launch a Soyuz-2.1b rocket, equipped with a Fregat upper stage, from the Baikonur Cosmodrome [in Kazakhstan] on August 9, 2022; it will take the Khayyam remote earth probing spacecraft into orbit under an order of the Islamic Republic of Iran," the company said on August 3, according to TASS.

The spacecraft was designed and produced by Roscosmos enterprises.

"Russian spacecraft is designed for scientific and technological research, including the development of inter-satellite communications channels, measurement of electromagnetic radiation, remote earth probing and monitoring of the ecological situation," Roscosmos added.

According to the Islamic Republic News Agency, the Khayyam satellite is equipped with accurate measurement devices that will be used for "improving productivity in the field of agriculture, careful monitoring of the country's water resources, natural hazard management... dealing with deforestation, monitoring mines and mineral discoveries."

The data received from the satellite would also be used for monitoring of the country's borders".

Iran would continue its "advanced scientific and technological cooperation with the world's leading countries in the space industry," to meet the country's needs and "accelerate the localization of space technology by transferring knowledge and experience," the report added.

Iran previously launched three satellites into space, the Sina-1 built and launched in 2005 by Russia, the Nour-1 (Noor-1) and the Nour-2 (Noor-2) launched by the IRGC in April 2020 and March 2022, respectively.

Sina-1 (or ZS4), the first Iranian satellite built in cooperation with Russian companies, is a scientific research satellite. Nour-1 and Nour-2 are military satellites.

In July, Iran’s satellite carrier rocket Zoljanah reportedly exploded after launch despite Tehran’s claim of a successful test-launch. The hybrid-propellant satellite launcher that was tested for the second time on June 26 did not manage to cover half of its intended path to orbit.

In February, the head of the Iranian Space Agency (ISA) announced that Iran was planning to launch two Nahid-1 (Venus-1) satellites using two different models of SLVs this year.