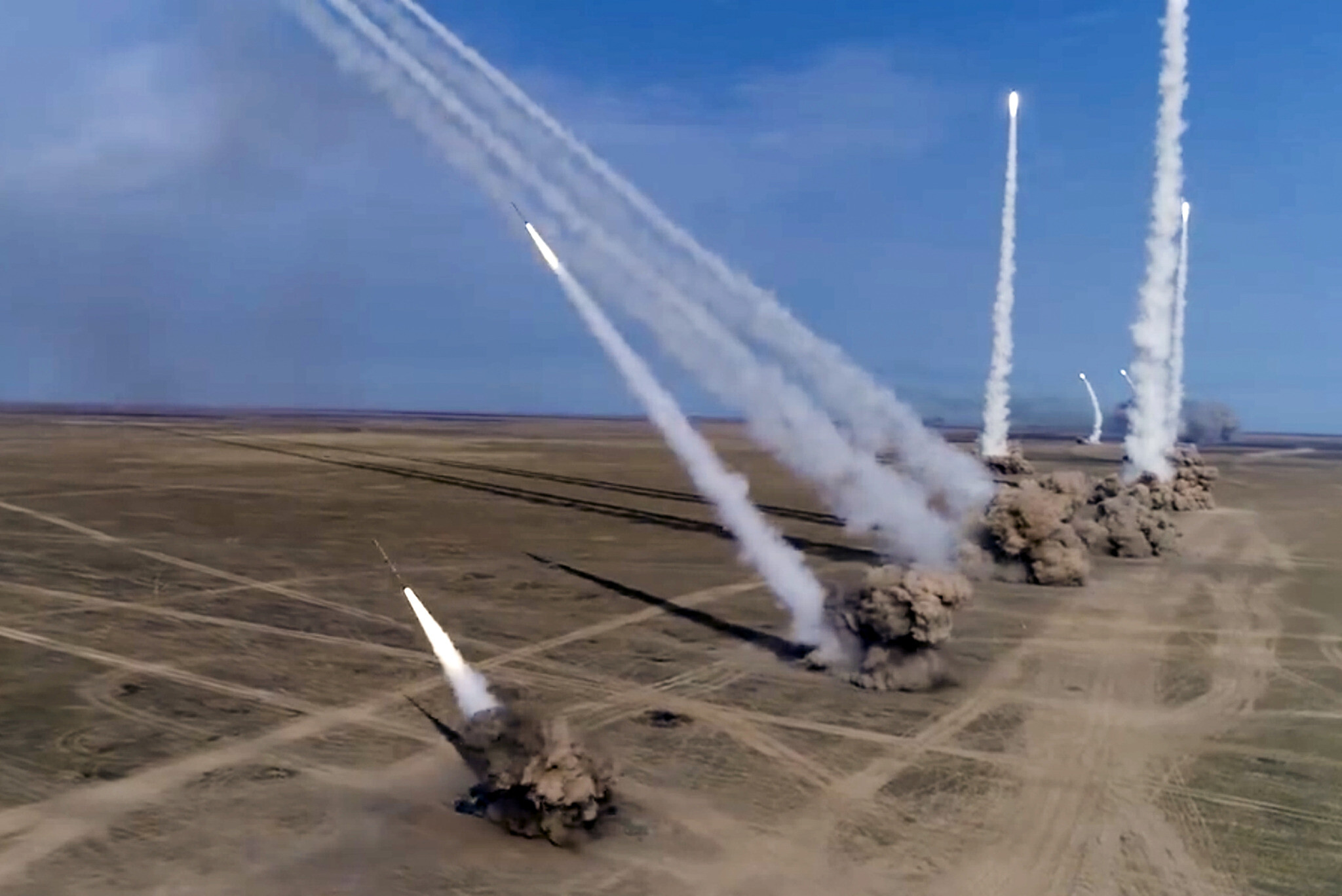 “The strategic deterrence forces exercise was scheduled in advance to check the readiness of command and control structures, combat launch crews, combat ship, and strategic missile carrier crews to perform the assigned missions as well as the reliability of the strategic nuclear and non-nuclear forces,” reads the message issued by the Russian president’s official website.

According to the Kremlin’s statement, tasks were fully completed, and “all the missiles hit the designated targets, thus confirming the specified characteristics.”

The Russian Ministry of Defense announced the exercises back in January as a regular part of military training. The exact date of the drills was revealed a day after the Kremlin had warned Washington about the possibility of “implementing certain military-technical measures” amid Washington’s reluctance to provide Moscow with legally binding security guarantees. Russia demands security guarantees, including those related to a ban on Ukraine entering NATO, the alliance’s any further expansion eastward, and deployment of its weapon systems in close vicinity to Russian territories.

The military drills in Russia came at a time of rising tensions in Eastern Ukraine and numerous warnings from Western officials about Russia’s plans to invade the neighboring country.

The NATO Response Force (NRF) is reportedly increasing the readiness level of thousands of soldiers due to the crisis with Russia.

Meanwhile, the US ambassador to the OSCE, Michael Carpenter, said on Friday that Russia’s buildup of military personnel on the border with Ukraine probably totals up to 190,000.

“Colleagues, this is the most significant military mobilization in Europe since the Second World War,” Carpenter said while addressing an OSCE meeting on the Ukraine crisis. “Yet the Russian Federation absents itself from today’s important joint session and refuses to shed further light on its unprecedented military buildup,” he added.

Russia’s Defense Ministry indicated on February 15 that some of its troops were returning back to permanent bases inside the country as they had finished military exercises. However, Washington believes that Russia’s claims may be part of a disinformation campaign designed to mislead the United States.

US President Joe Biden said on Thursday that Russia could be about to engage in a false flag operation, giving it an excuse to invade Ukraine. As a possible pretext to justify the alleged invasion of Ukraine, Moscow, according to Washington, would claim “genocide” and mass graves in Donbas. Moscow claims that it has no intentions to invade Ukraine. According to the foreign ministry, allegations of Russia’s responsibility for the escalation can be interpreted as “an attempt to pressure and devalue proposals for security guarantees.”

Ukraine and Russia, the two post-Soviet countries, have been at odds since the 2014 crisis in Ukraine’s southern and eastern regions. Ukraine accuses Russia of annexing the Crimean Peninsula – a territory that extends into the Black Sea – and backing anti-government separatist regimes in the country’s eastern regions of Donetsk and Lugansk. The crisis eventually destabilized the Donbas region of Ukraine.

While Kyiv and the West have accused Russia of supporting the separatist regimes in Donetsk and Lugansk with weapons and troops, Moscow has repeatedly denied those claims. Despite a ceasefire that halted full-scale war in 2015, the skirmishes never ceased. The conflict in eastern Ukraine has so far claimed the lives of some 14,000 people and left as many as 40,000 wounded, according to Kyiv’s estimates.