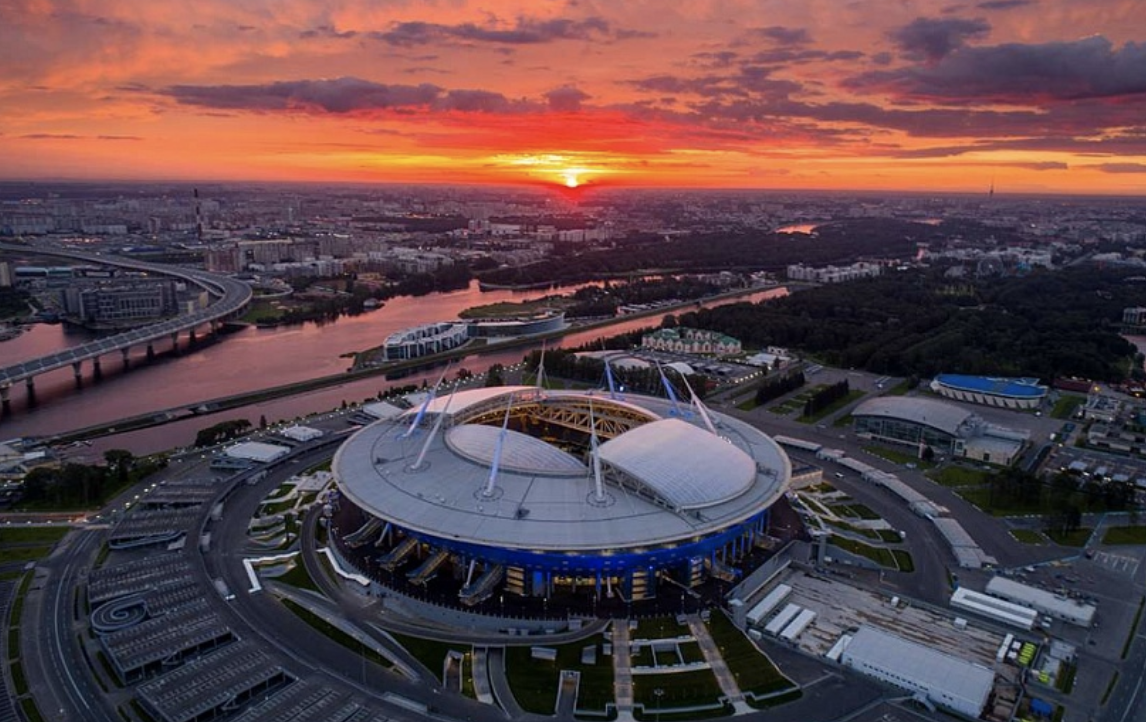 Russia is investing heavily in its infrastructure to host the FIFA World Cup this summer, which will run from June 14 – July 15, spending an estimated $10 billion for building new stadiums and refurbishing existing facilities.

“The costs amounted to about 45 billion rubles, 4.5 billion rubles ($73.2 million) of which was used to create a temporary infrastructure for the 2018 FIFA World Cup that was excluded from the scope of construction project,” said St. Petersburg Governor Georgy Poltavchenko, according to reporting from TASS.

Hosting the World Cup will be a first for Russia, where 65 matches will be played in 11 different cities. Seven of the stadiums where games will be played have been built from scratch, while three others are less than five years old. The remaining two have had serious upgrades in order to meet the standards that would allow them to host World Cup games.

Constructed in 2017, St. Petersburg Stadium is Russia’s second largest, after Moscow’s Luzhniki Stadium. It is, however, the most expensive. With a seating capacity of 68,137, the stadium will host both a semi-final match and the third place playoff, along with group games and other matches. The stadium’s magnificent design mimics that of a spaceship, already regarded as an iconic piece of architecture within Russia.

With less than three weeks left until the start of the most anticipating events in the world of sport, Saint Petersburg is in the final stages of readying for the games. The Novokrestovskaya and Begovaya train stations, which are a continuation of the Nevsko-Vasileostrovskaya subway line and located in close proximity to St. Petersburg Stadium, are being refurbished so they are ready in time to welcome visitors.

Poltavchenko believes that the number of tourists visiting St. Petersburg will increase by a half of million, compared to 2017.

“We plan to reach the level of 8 million tourists, considering the fact that St. Petersburg hosted 7.5 million tourists last year,” said the governor. “However, the championship will impact on the tourist flow in the future. The main effect will be seen in 2019-2020 and further. The regions, where such events are hosted, always attract additional guests.”

"Here, everything is done for people, for spectators, for players, so it will be a real pleasure to play in such an arena," Crespo said. “Playing at the World Cup is a pride for any player. And playing at this stadium is an additional bonus and an advantage since the arena is simply amazing.”