Russia Slams US Push to Renew Arms Embargo on Iran 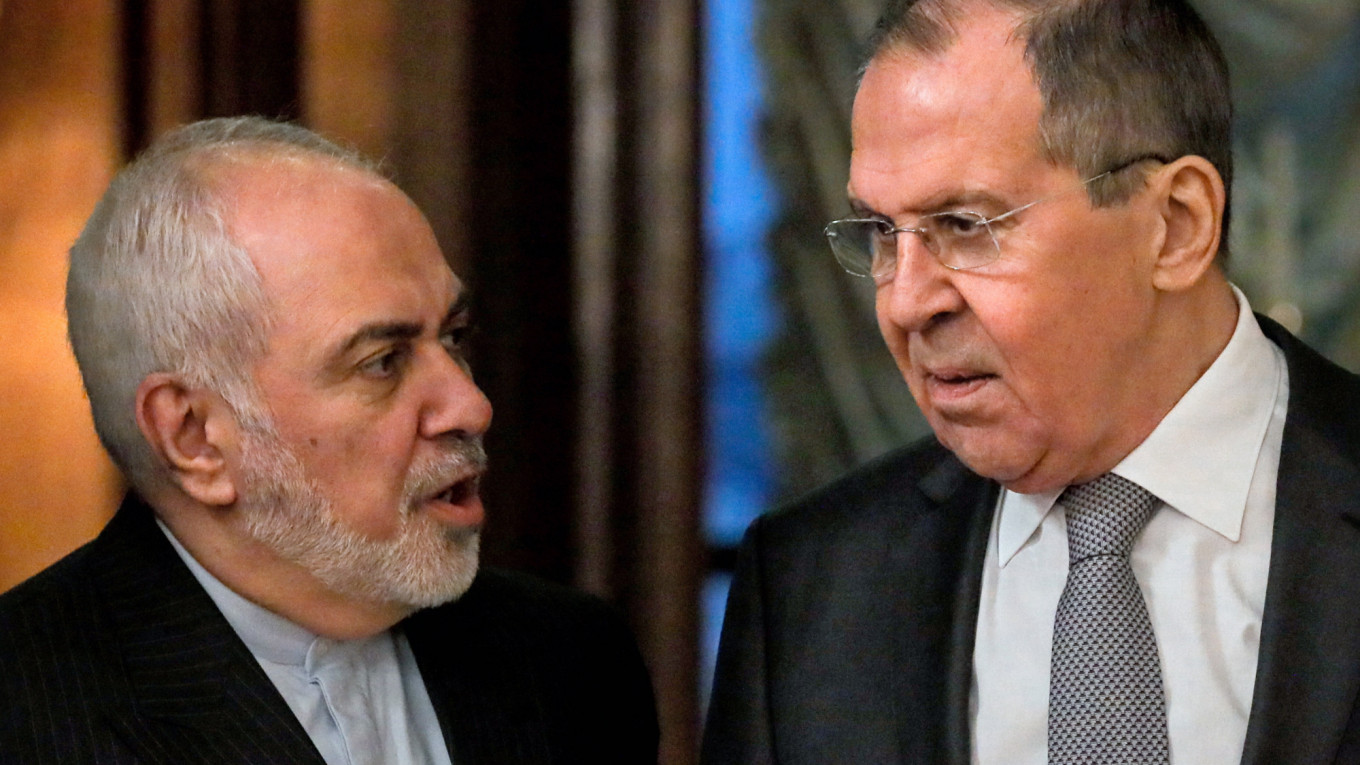 Russian Foreign Minister Sergei Lavrov on the right and his Iranian counterpart Mohammad Javad Zarif on the left.

Russian Foreign Minister Sergei Lavrov has denounced an attempt by the US to extend the UN Security Council arms embargo on Iran, which is due to expire in October under the fragile Iran nuclear deal, known as the Joint Comprehensive Plan of Action (JCPOA).

"The fact that the U.S. is seeking to block the implementation by the other signatories to the JCPOA of their obligations to the Islamic Republic of Iran and simultaneously wants to punish the Islamic Republic of Iran by railroading through illegitimate and absolutely unlawful initiatives, concerning, among other things, the weapons embargo - I believe this is a futile attempt," Interfax quoted Lavrov as saying during the press conference in Moscow on Tuesday, following a meeting with Iranian counterpart Mohammad Javad Zarif.

"It (the attempt) has no prospects from the standpoint of international law, and we are using all opportunities provided for by international law to make sure that justice triumphs," Lavrov added.

Although the US is no longer a party to JCPOA, the Trump administration has launched a campaign to extend the UN embargo, which was established by UN Resolution 2231 in 2015, as part of the Iranian nuclear deal. Washington has warned the UN Security Council - a body at which the U.S. has veto power - that ban's lifting would allow Tehran to acquire weapons that could fuel conflicts in the Middle East. China and Russia have already voiced opposition to prolonging the UN-imposed arms ban limiting Iran’s ability to purchase conventional weapons.

The Russian foreign minister reaffirmed Moscow's readiness to preserve the nuclear deal, which the United States pulled out of in May 2018.

"I can assure you that we will do everything so that no one can destroy the arrangements that are enshrined in the JCPOA," Lavrov told reporters.

Lavrov accused the United States of trying to "manipulate" the United Nations Security Council in order to put pressure on Iran.

"If this plan does not fit into the logic of the current US administration, or if it considers this plan a bad deal, then it is Washington's own position," he said. "But Washington does not have any right to punish Iran by speculating on the authority of the UN Security Council and essentially manipulating the Security Council, and to a certain extent the UN secretariat."

For his part, Zarif said Iran has re-emphasized Iran's commitment to the 2015 nuclear deal and said that Tehran will continue cooperating with the International Atomic Energy Agency, the United Nations’ nuclear watchdog.

"We will not let Iran become the subject of inspections that are based on espionage claims. We will not allow the IAEA to become an instrument for parties seeking to destroy the JCPOA," international news agency Big News Network quoted Zarif as saying at the press conference, recalling the recent anti-Iranian claims founded upon documents provided to the IAEA by Israel.

The landmark nuclear deal signed by the five permanent members of the UN Security Council, namely the United States, the United Kingdom, Russia, France and China, along with Germany, was designed to limit Iran’s capacity to produce weapons-grade nuclear fuel for a specified period, in exchange for cash that had been frozen and the lifting of nuclear-related sanctions.

Shortly after Washington withdrew from the JCPOA, Iran stopped honoring certain commitments on its end regarding limits on nuclear fuel permitted under the JCPOA.