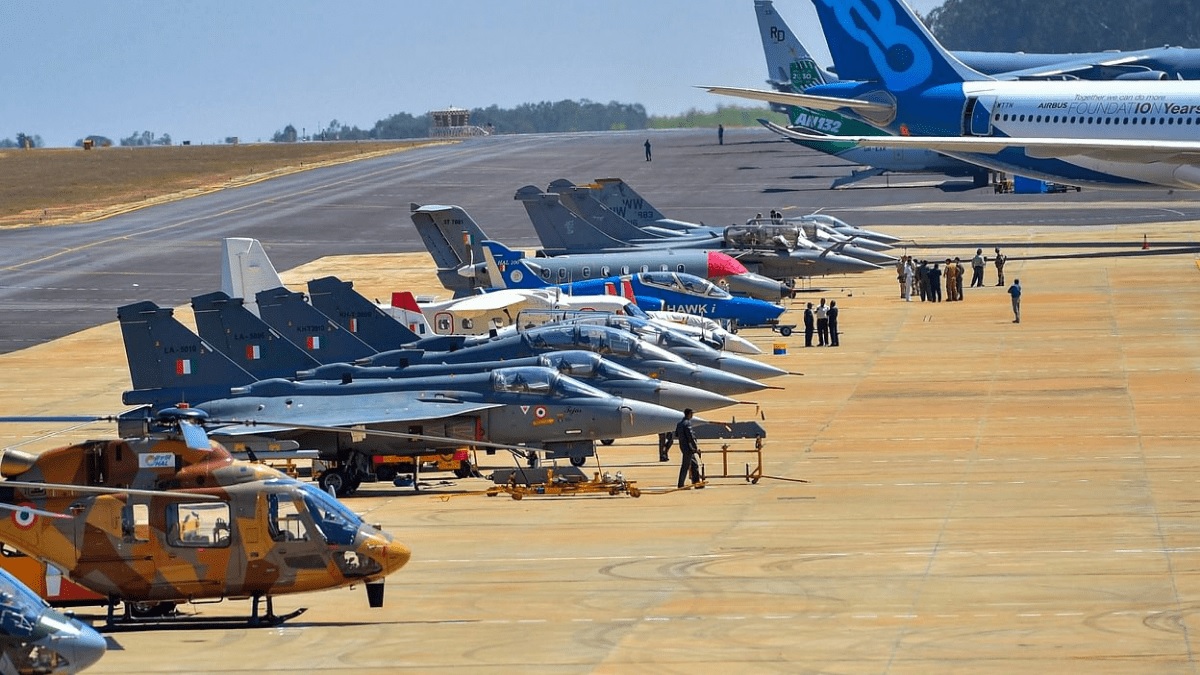 The annual international event, now in its 13th year, is known as the world’s first-ever hybrid aero and defense show.

Russia, the largest arms exporter in the Caspian region and the second-largest military power in the world after the United States, is currently showcasing its latest aviation and air defense products at the Aero India 2021 International Exhibition held in Bengaluru, India.

The annual international event, now in its 13th year, is known as the world’s first-ever hybrid aero and defense show. The exhibition features both physical and virtual platforms where Russia's newest domestically made systems, such as aircraft, air defense complexes, armor and munitions are on display.

"Overall, we will show over 200 military exhibits," TASS quoted Rostec Director for International Cooperation and Regional Policy Viktor Kladov as saying on Monday. "We will also demonstrate the Su-57E (fifth-generation fighter): we have brought to India the aircraft’s model that gives an idea about this unique fighter. We will also show our other bestsellers: the Su-35, the MiG-35D, the Il-76MD-90A(E) military transport plane and the Il-78MK-90A aerial refueling tanker."

The three-day event kicked off at Air Force Station Yelahanka on Wednesday has brought together 78 foreign exhibitors from 14 countries, all hoping to lure customers and clinch new deals.

Earlier, the director of Russia’s state-owned Rostec corporation stated that the full-size export model of Russia’s first stealth fighter, the Su-57E, which is being on display at this year’s expo show in India, evokes high interest in many countries for its "unique combat properties and flight characteristics."

Russia's Su-57 fighter aircraft, an export version dubbed Su-57E, is considered a key part of the country's arms export industry as a fifth-generation fighter to compete with rival systems such as America's F-35 aircraft. The jet is said to destroy all types of air targets in long-range and close-range battles, defeat ground and surface targets of the enemy and overcome air defense systems.

In 2019, Russian President Vladimir Putin announced the Russian Air Force to receive 76 Su-57s by 2028. At the same time, Russia is looking to export the fighter jet abroad. The aircraft was officially unveiled at the 2019 MAKS International Aviation and Space Salon in Moscow, where Turkey’s President Recep Tayyip Erdogan expressed his interest in Russian Su-57 warplanes.

Russia's defense cooperation with NATO member state Turkey has expanded in recent years despite heightened pressure from the United States. The purchase of the Russian-made S-400 Triumf anti-aircraft missile system came at a heavy price for Turkey, which has been expelled from the US-sponsored F-35 Joint Strike Fighter program.

So far, arms deals for the supply of the Russian-made Sukhoi Su-57 fighter jets with an expected worth of some $7 billion have been signed with China, Indonesia, Egypt and Algeria.

India remains one of the largest and oldest buyers of Russian defense equipment, with military cooperation dating back to the Soviet era. The Soviet Union was India’s main supplier during the cold war, and today most of its armament is Russian, or Soviet, made. According to estimates, Russian defense supplies to India have accounted for over $65 billion since 1960. About 70 percent of the Indian Air Force’s equipment and 80 percent of its naval fleet are Russian-made.

India’s military-political relations and arms trade with Russia, which began in the Soviet era, have expanded in recent years despite threats of sanctions from the United States. In 2017, the Trump Administration adopted the Countering America's Adversaries Through Sanctions Act (CAATSA) that puts under the threat of sanctions any country engaged in what the U.S. Treasury Department terms a "significant transaction" with Russian defense and intelligence sectors.