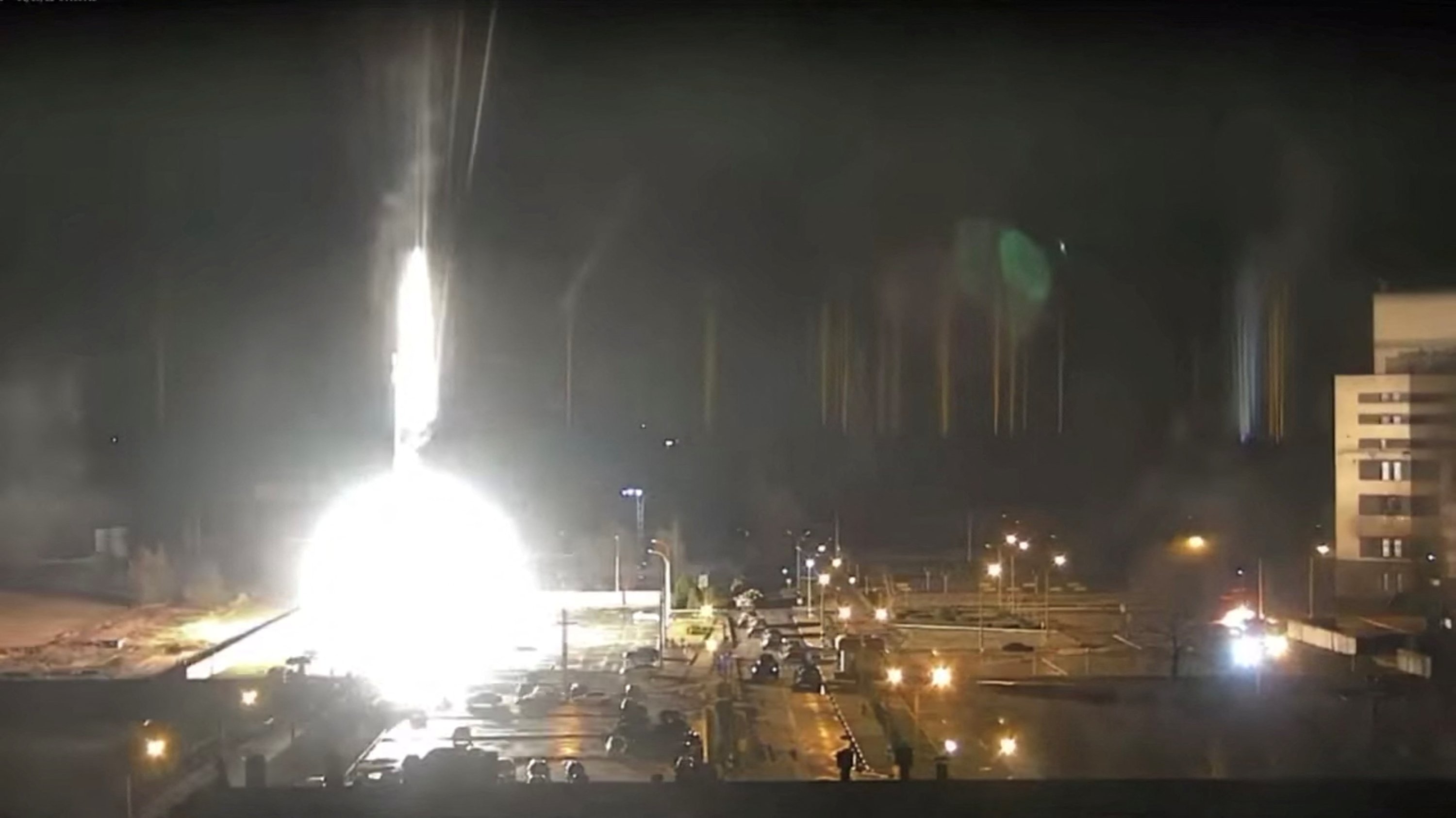 Hours of shelling between Russian troops advancing towards Enerhodar city and Ukrainian defenders caused a fire at the plant, raising fears of a global environmental disaster.

After the fire was extinguished on Friday morning, the Ukrainian nuclear regulator said none of the plant’s six reactors, one of which is currently operational, were affected. There was no leak of radioactive material, according to the regulator.

As Russia’s offensive continued, the plant’s second and third units were put into “cold mode” for safety reasons. The fourth remained in operation as it was the most distant from the shelling zone, said Petro Kotin, who heads Zaporizhzhia operator Energoatom.

However, experts quickly raised concerns over the attack that could potentially create a hazardous situation.

Nuclear experts believe that a military attack on the reactor or disruption to its electricity supply could cause serious issues. Some reactors need to be cooled down slowly over several hours to shut down, requiring a permanent power supply. Disruption of the power supply and the cooling process can lead to radiation leakage into the environment, which may cause severe immediate and long-term health impacts, including cancer.

The Zaporizhzhia NPP is one of the four operating NPPs in Ukraine. With a capacity of 6,000 megawatts (MW), the plant generates 40-42 billion kilowatt-hours (kWh), accounting for one-fifth of the average annual electricity production in Ukraine and almost 47 percent of electricity generated by all the Ukrainian NPPs. Operational since 1984, the Zaporizhzhia NPP had generated more than 1.23 trillion kilowatt-hours (kWh) of electricity as of December 2021.

Western leaders have condemned the Russian attack on the plant, while Ukraine’s President Volodymyr Zelensky has accused Russia of “nuclear terror.”

President Zelensky said the attack on the Zaporizhzhia NPP could have caused a crisis equivalent to ‘six Chernobyls’ - referring to the fact that the plant has six reactors. The Soviet-era disaster at the Chernobyl nuclear plant in 1986 affected only one reactor.

On February 21, Russian President Vladimir Putin recognized the so-called Donetsk and Lugansk People’s Republics as independent entities. He signed friendship, cooperation, and mutual assistance agreements with the two separatist territories. On February 24, Russia launched an all-out offensive in Ukraine, claiming that the assault was aimed to protect the people of two self-proclaimed separatist-controlled regions of Ukraine allegedly being attacked by the Ukrainian military. The Kremlin explained that the decision was made after separatist leaders of the so-called republics had asked Moscow for military support against Kyiv.

Ukraine and Russia, the two post-Soviet countries, have been at odds since the 2014 crisis in Ukraine’s southern and eastern regions. Ukraine accuses Russia of annexing the Crimean Peninsula – a territory that extends into the Black Sea – and backing anti-government separatist regimes in the country’s eastern regions of Donetsk and Lugansk. Since then, the crisis has destabilized the Donetsk and Lugansk regions – collectively known as Donbas. Kyiv and the West have accused Russia of supporting the separatist regimes in Donetsk and Lugansk with weapons and troops.