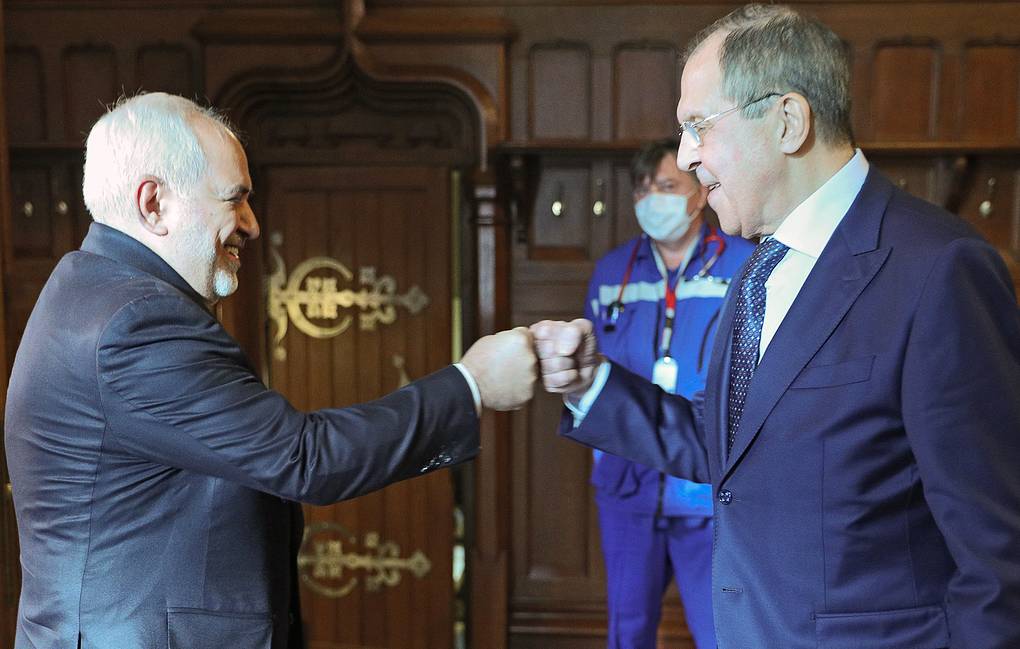 "We have heard Washington say that all who those who will fail to share its view of the situation, which brings us back to the need to restore sanctions on Iran, will be punished by additional measures that the US will take, including economic ones. I can only speak on behalf of Russia. When building its policy, Russia will in no way take into account these aggressive demands that have no legal force," Lavrov said at a press conference following talks with his Iranian counterpart Mohammad Javad Zarif in Moscow, on September 24.

He also expressed hope that “other countries that cooperate with Iran will take a principled stand and will be guided by their national interests and not by the need to listen to orders from overseas,” the Russian news agency TASS reported.

Lavrov announced Moscow’s intention to trade with Tehran once a UN arms embargo expires next month. Russia has historically been one of the largest suppliers of weapons to Iran.

China and Iran have also reportedly been in talks on a $400 billion trade deal that includes arms.

The embargo on conventional arms shipments to Iran is set to expire on October 18 after the United States failed to win support for a new UN resolution. Washington has said it will seek to prevent Iran from purchasing Chinese tanks and Russian air defense systems.

Earlier, the US announced plans to trigger the snapback mechanism to reimpose all UN sanctions against Iran after failing to get the UN Security Council to pass a resolution aiming to indefinitely extend the arms embargo on the country.

On August 20, US Secretary of State Mike Pompeo filed an official complaint with the president of the UN Security Council, accusing Iran of violating the Joint Comprehensive Plan of Action (JCPOA), known as the 2015 nuclear deal, which US President Trump withdrew from two years ago. Under the agreement, sanctions would be enforced again next month unless the UN Security Council votes against this measure — a move that is expected to trigger a US veto.

The JCPOA was signed between Iran and the five permanent members of the United Nations Security Council – China, France, Russia, the United Kingdom and the United States, plus Germany, in 2015. Iran has announced it has "stepped back" from some of its commitments under the 2015 nuclear deal since the United States withdrew and reimposed tough unilateral trade and economic sanctions.

On September 21, the United States imposed sanctions on 27 individuals and entities involved in Iran's nuclear activities or its missile and conventional weapons programs.

The sanctions include a freeze on any assets in US jurisdictions held by those targeted and exclude Americans from doing business with them and, perhaps most importantly, opens up foreign governments, companies and individuals to US penalties if they engage in transactions with them.

“The United States has now restored UN sanctions on Iran,” Trump said in a statement issued shortly after he signed an executive order spelling out how the US will enforce the “snapback” of the sanctions. “My actions today send a clear message to the Iranian regime and those in the international community who refuse to stand up to Iran.”

The sanctions have prompted objections from China and Russia and increased discord between Washington and some European allies over the United States' legal right to reinstate the embargo.