Russia Refuses To Join Any Alliance Against China 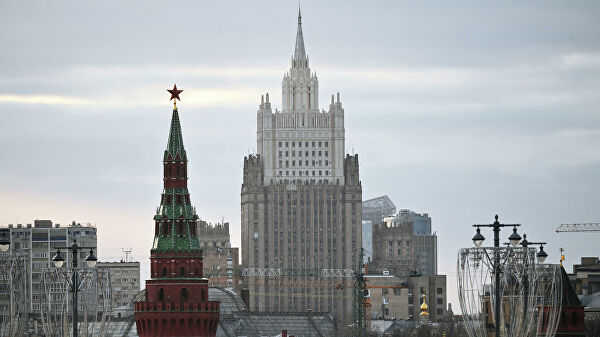 Peskov's statement came at a time when Russia and China are seeking closer ties as a hedge against U.S. President Donald Trump’s approach to trade and global affairs.

The Russian Foreign Ministry made it clear that it won't join any alliance against its eastern partner, while Washington took fresh aim at provoking the world to rise up against Beijing.

Maria Zakharova, a spokeswoman for the ministry, said that Moscow will continue cementing relations with Beijing as they are a fundamental factor for stability and security in the world, describing U.S. Secretary of State Mike Pompeo's remarks as an attempt to "drive a wedge" between Moscow and Beijing.

"We view Mike Pompeo’s words about a possibility to drag Moscow into the U.S. campaign against China as another naive attempt to complicate the Russian-Chinese partnership and to drive a wedge in the friendly ties between Russia and China," Zakharova said in a press statement on July 24, according to TASS. "We will be strengthening cooperation with the People’s Republic of China, which we view as a crucial factor for stabilization in the world."

Disputes between China and the United States have replaced those between Russia and the U.S. particularly after the speech of U.S. Secretary of State Mike Pompeo at the Richard Nixon Presidential Library in California on July 23, when he aimed directly for Xi Jinping calling the Chinese leader "a true believer in a bankrupt totalitarian ideology." In his speech, Pompeo urged democracies around the world to join "a new alliance" to counter China.

Zakharova said that "not only do the tensions provoked by Washington in relations with Beijing do harm to the United States and China, but also they seriously complicate the international situation in general".

"Those two countries are permanent members of the United Nations Security Council and they play a major part in world affairs," Zakharova stressed. "Alongside the other five members, they bear a special responsibility for maintaining global security."

Earlier, Kremlin Spokesman Dmitry Peskov reaffirmed his country's opposition to joining any alliance aimed against anyone, especially against China, as Beijing is Moscow's ally and partner.

Commenting on Pompeo's remarks on July 24, Peskov stated that Russia does not enter into alliances against other states, and all its political associations "are aimed at developing good neighborliness and mutual benefits," adding that the two nations have "relations of a special partnership nature."

Peskov's statement came at a time when Russia and China are seeking closer ties as a hedge against U.S. President Donald Trump’s approach to trade and global affairs, which has pitted Washington against Beijing over coronavirus outbreak especially. In recent months, President Trump has repeatedly blamed the Chinese government for failing to contain the Covid-19 outbreak, which has hit the U.S. most.

Connections between Russia and China run deep in a number of fields: energy, arms production, trade in national currencies and strategic projects in transport and supporting infrastructure. Russia shares a 4,209 km (2,615 mi) border with China.

A deepening of Russo-Chinese relations fostered by Western policies and actions, particularly after the outbreak of the Ukrainian crisis in 2014 and the allegations of Russian meddling in the 2016 U.S. presidential election.

In addition, when Europe has been diversifying its supplies away from Russia, following western sanctions being imposed on Russia, the Kremlin moved forward with its pivot towards Asia in order to diversify its economic activities. Currently, China is Russia's most important partner in Asia.

In turn, a deepening of Russo-Chinese energy ties is a part of Beijing’s clean air policy that helps China switch from reliance on coal and other carbon-emitting sources, which provide about 60 percent of the country's energy total needs, to more eco-friendly resources like natural gas.

At the same time, bilateral defense cooperation between the two sides is on the rise. Last year, Russia and China held military drills dubbed Center-2019. The exercises were aimed at defeating terrorism and ensuring security in Central Asia, involving approximately 1,600 troops, over 300 pieces of weaponry, and nearly 30 fixed-wing aircraft and helicopters from Beijing, making China the largest foreign participant at the drills.

A year earlier, Russia and China held exercises with 300,000 troops near the Chinese border, called Vostok-2018, which was Russia's largest war games since the Cold War.