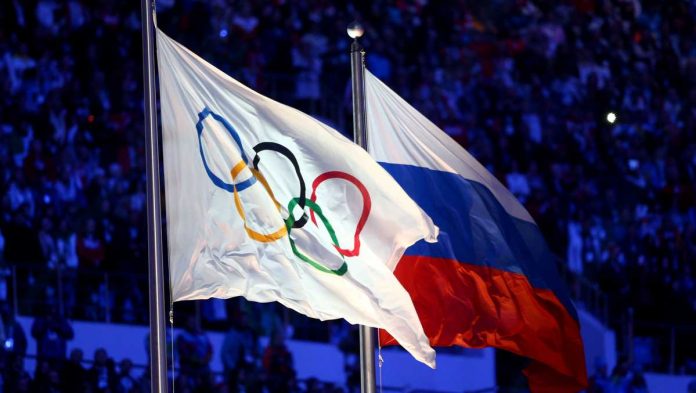 Russia has 21 days to respond to the proposed sanctions, and the Russian leader has already indicated an appeal will be lodged.

Russia has signaled that it will appeal a decision of the World Anti-Doping Agency (WADA) to ban Russia from major sports competitions and the Olympic Games for four years, to the high sports arbitration court.

Speaking ahead of the World Hockey Forum, held on December 12-13 in Moscow, Russian Deputy Prime Minister Olga Golodets told journalists that Russia’s anti-doping body, known as RUSADA, will appeal the harsh decision to the Court of Arbitration for Sport (CAS) in Lausanne.

WADA’s executive committee (ExCo) unanimously accepted a recommendation from its independent Compliance Review Committee on December 9, to impose four-year sanctions on Russia for alleged tampering with data from a Moscow laboratory. The punishment implies that the Russian flag will not fly at the 2020 Olympic and 2022 Paralympic Games and the 2022 FIFA World Cup in Qatar, while clean athletes, however, will be able to compete, albeit under a neutral flag and with no national anthem.

Russia has 21 days to respond to the proposed sanctions, and the Russian leader has already indicated an appeal will be lodged. Speaking at a press conference following the Normandy Format meeting in Paris, Putin slammed the decision as a “politically motivated”, ruling that it “contradicts” the Olympic Charter.

“We have all the reasons to file an appeal to CAS,” TASS quoted Putin as saying on December 10, RBK reported. “There are other considerations as well, but it is important that this issue is analyzed by specialists, lawyers who would talk with our partners having this knowledge.”

Russia will know before the end of March 2020 whether it can overturn a WADA ruling banning its athletes from the international sport after appeal. However, the national football (soccer) team of Russia will still be able to compete at the 2020 UEFA European Football Championship next summer, and St. Petersburg will host three group stage matches and one of the quarterfinals of the 2020 UEFA Euro Cup.

Meanwhile, Golodets hopes that Russia will be allowed to host the 2023 IIHF Ice Hockey World Championship despite the WADA’s sanctions.

“We expect that we will keep the world championship in Russia,” Golodets said within the World Hockey Forum in Moscow, TASS reported. “Work has been launched in St. Petersburg, and they are proceeding as planned. There is no doubt, everything will be done.”

For the eighth time in its history, Russia will play a host to the IIHF Ice Hockey World Championship in accordance with the decision taken by the 2019 IIHF Annual Congress.

The IIHF Ice Hockey World Championship what is considered to be the world's most prestigious annual tournament for ice hockey teams will take place in a new arena, which is being built in Saint Petersburg, Russia’s second-largest city after Moscow. The 23,000-seat arena in St. Petersburg is expected to become the biggest ice hockey venue in the world.