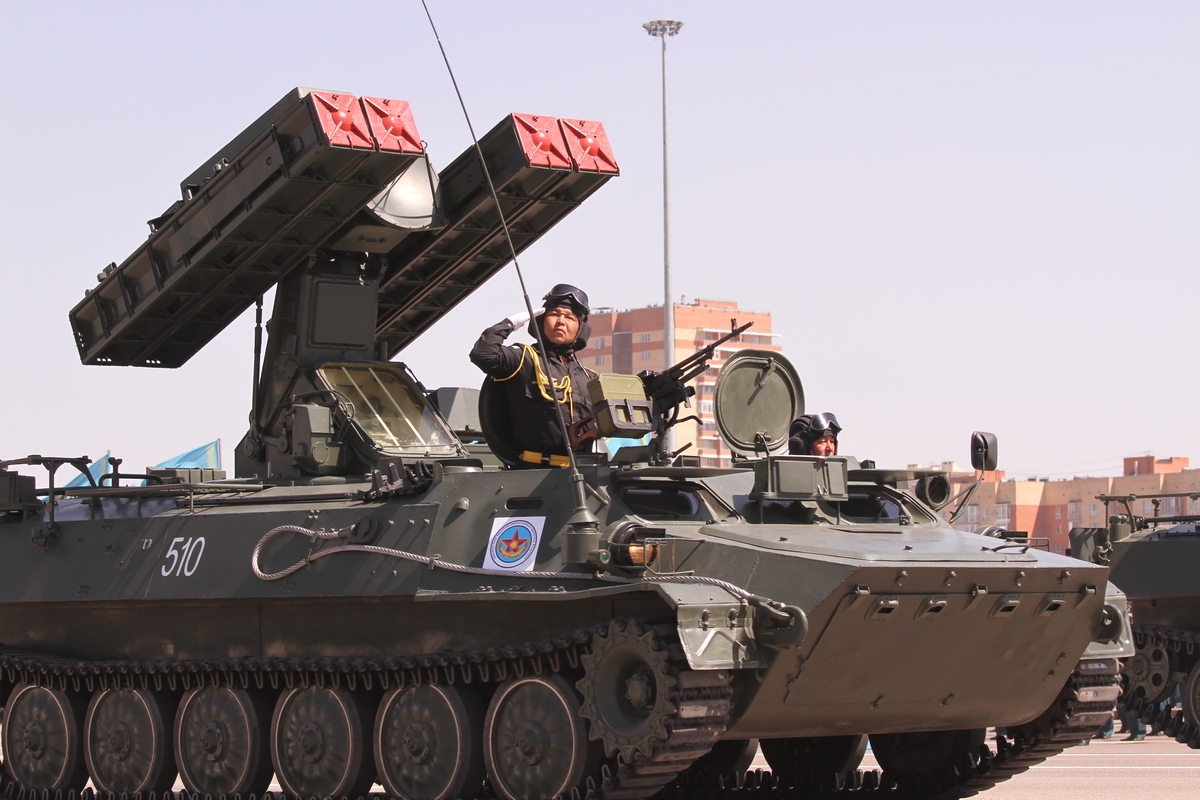 Kazakhstan’s military strength was ranked 54 out of 137 countries according to Global Firepower’s 2019 rankings.

Kazakhstan’s military strength was ranked 54 out of 137 countries according to Global Firepower’s 2019 rankings, making it the second strongest military power in Central Asia and trailing Uzbekistan. Ranking were based on the strength of individual combat arms, the number of servicemen, the length of a country’s borders, as well as oil reserves and labor availability.

Kazakhstan is one of the largest and oldest operators of Russian military equipment, including helicopters. Eighty percent of Kazakhstani military-technical purchases are imported from Russia, which is considered the second-largest military power in the world after the U.S. In recent years Kazakhstan purchased Russian-made lightweight MiG-29 fighters, Su-25 attack aircraft, Su-27 and Su-30MK fighters, as well as IL-76 military transport planes, BTR-80 armored personnel carriers and the BTR-80A.

Earlier this year, officials from Kazakhstan and Russia’s state arms contractor Rostec agreed to launch local production of the Russian-made Mi-8 multi-purpose helicopters in what is Central Asia’s largest country. The agreement calls for Russia to produce and deliver a total of 45 choppers by 2025, help launch a system for supporting the life cycle of helicopters, and train engineering personnel. This will be the first deal of its kind between Russia and Kazakhstan.

Meanwhile, Russia’s defense expenditures dropped by 27 percent between 2017 and 2018, putting it outside the top five for the first time since 2006.

Siemon Wezeman, senior researcher for SIPRI’s Arms and Military Expenditure Program, says this can be attributed to an economic decline in Russia.

“This doesn’t mean Russia isn’t spending more of its GDP on defense than any European countries,” Wezeman said Monday, according to reports by Euronews.

At the same time, Azerbaijan increased its military spending last year, totaling $1.7 billion, which is 11.7 percent more than in 2017. Azerbaijan’s military strength was ranked 52 out of 137 countries according to Global Firepower’s rankings, making it the strongest military power in South Caucasus.

While Azerbaijan imports armaments from countries such as Russia, Turkey and Israel, it has also established a domestic defense manufacturing industry. The Istiglal and Mubariz-12.7 anti-materiel rifles, the YIRTIJI-7.62 and Yalguzag sniper rifles, and vehicles such as the Gurza armored patrol car and the Tufan mine resistant ambush protected (MRAP) vehicle are just some of the equipment produced locally.

Baku’s interest in upgrading weapons systems capabilities stems from the conflict with neighboring Armenia, which has waged a war for land since the early 1990s. Twenty percent of Azerbaijan’s internationally recognized territory, namely the Nagorno-Karabakh region and seven surrounding districts were occupied by Armenia during a full-scale war that lasted from 1991 until a ceasefire deal in 1994, and remains under occupation to this day. The bloody war claimed the lives of over 30,000 Azerbaijanis and expelled one million more from their homeland. Four UN Security Council resolutions passed between April and November 1993 condemning Armenia’s occupation and demanding a full withdrawal of its forces from the occupied Azerbaijani regions remain unfulfilled to this day. While the conflict is said to be ‘frozen’, war clouds are always looming as tensions between Baku and Yerevan run high.

Meanwhile, neighboring Iran, ranked 18th among the 40 countries with the highest military expenditure in 2018, spending $13.2 billion to strengthen its army. SIPRI observed that during 2018, Iran's military expenditure has declined by about 9.5 percent in comparison to the 2017.

SIPRI has assessed that the decline in Iran's military expenditure during 2018 was due to a variety of reasons including economic problems, a reduction in the country's Gross Domestic Product, and unusually high inflation.