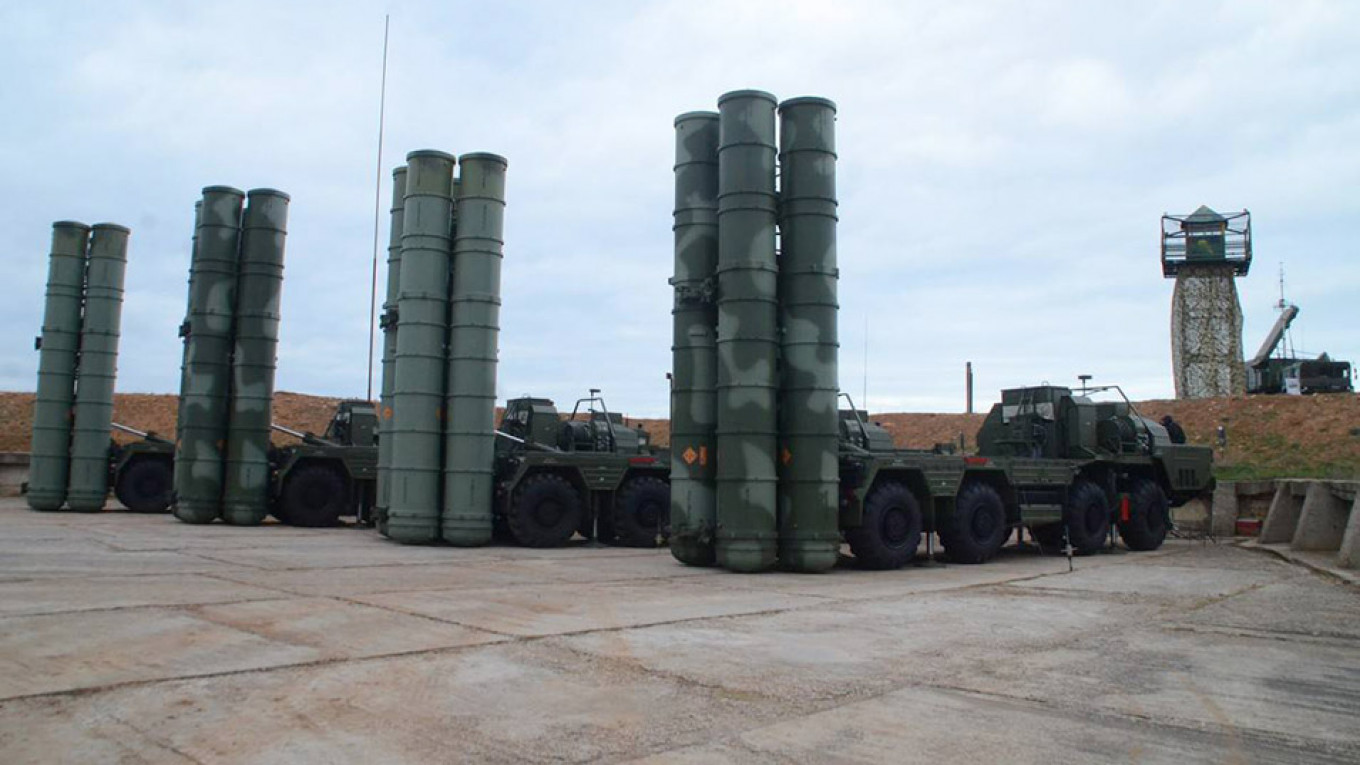 Russian S-500 anti-aircraft missile systems, dubbed Prometheus, are by far the most advanced anti-missile system in Russia and regarded as the best in the world. / Mil.ru

The world's second-largest military power may export its next-generation version of mobile S-500 air defense system to India and China in the future, said Dmitry Shugaev, who heads the Russian Federal Service for Military-Technical Cooperation (FSMTC).

In an interview with RBC issued on Tuesday, Shugaev explained that once the national armed forces receive enough of those systems, Russia will start exporting its cutting-edge S-500 anti-aircraft missile systems abroad.

"We are considering India, as well as China and all the states with which we have a longtime partnership and predictable mutual relations, as future owners of this cutting-edge system," Shugaev said during his interview.

India is a long-standing strategic partner of Russia, stressed Shugaev, recalling that the parties had sealed a multi-billion deal that would supply New Delhi with the S-400 Triumf anti-aircraft missile system. The $5.43-billion contract — the biggest of its kind in the history of Russian-Indian cooperation and the largest to date for Russia’s state arms exporter Rosoboronexport — envisages the delivery of the first battalion set of S-400 to India by the end of the year.

"That is why it is quite logical that they will display their interest in the foreseeable future and request the S-500 from us as well," Shugaev concluded.

Russian S-500 anti-aircraft missile systems, dubbed Prometheus, are by far the most advanced anti-missile system in Russia and regarded as the best in the world. Branded as a silver bullet against stealth fighters in general and the F-35 in particular, the S-500 is reportedly capable of destroying low-orbit satellites and fifth-generation aircraft, in addition to its primary targets - cruise and ballistic missiles, which could already be dealt with by existing S-300 and S-400 units.

Created on the basis of the S-400, the range of the new Russian air defense system is expected to significantly surpass its predecessors. The S-500 will likely use a variety of missiles in addition to the 77N6 missile series, currently under development for the S-400, as a hit-to-kill interceptor for ballistic missile targets. With a widely expected maximum operating range of 600 km (373 miles) and a system response time of 3 to 4 seconds, the S-500 reaches a whopping 200 km (124 miles) farther and is around 6 seconds faster to respond than its S-400 predecessor.

The cutting-edge Russian S-500 system is developed by the state-owned Almaz-Antey Corporation, which also developed the S-400 and S-300 air defense systems. Currently, the S-400 Triumf is considered Russia’s latest long- and medium-range surface-to-air missile system. It can engage targets at a distance of up to 400 kilometers (249 miles) and at an altitude of up to 30 kilometers (19 miles) under intensive enemy fire and jamming.

Meanwhile, Russia continues gradually building up its defense capability with the S-500 Prometheus anti-aircraft missile systems. According to Russian President Vladimir Putin, the system will be put into service in the nearest future.

At the same time, the other cutting-edge weaponry will be supplied to the Russian armed forces amid a surge in NATO military activity along Russia's border, according to the president.

Russia is the largest arms exporter in the Caspian region and the world’s second-biggest after the United States. Russia is expected to export over $15 billion in defense products by the end of this year, according to the preliminary estimates.