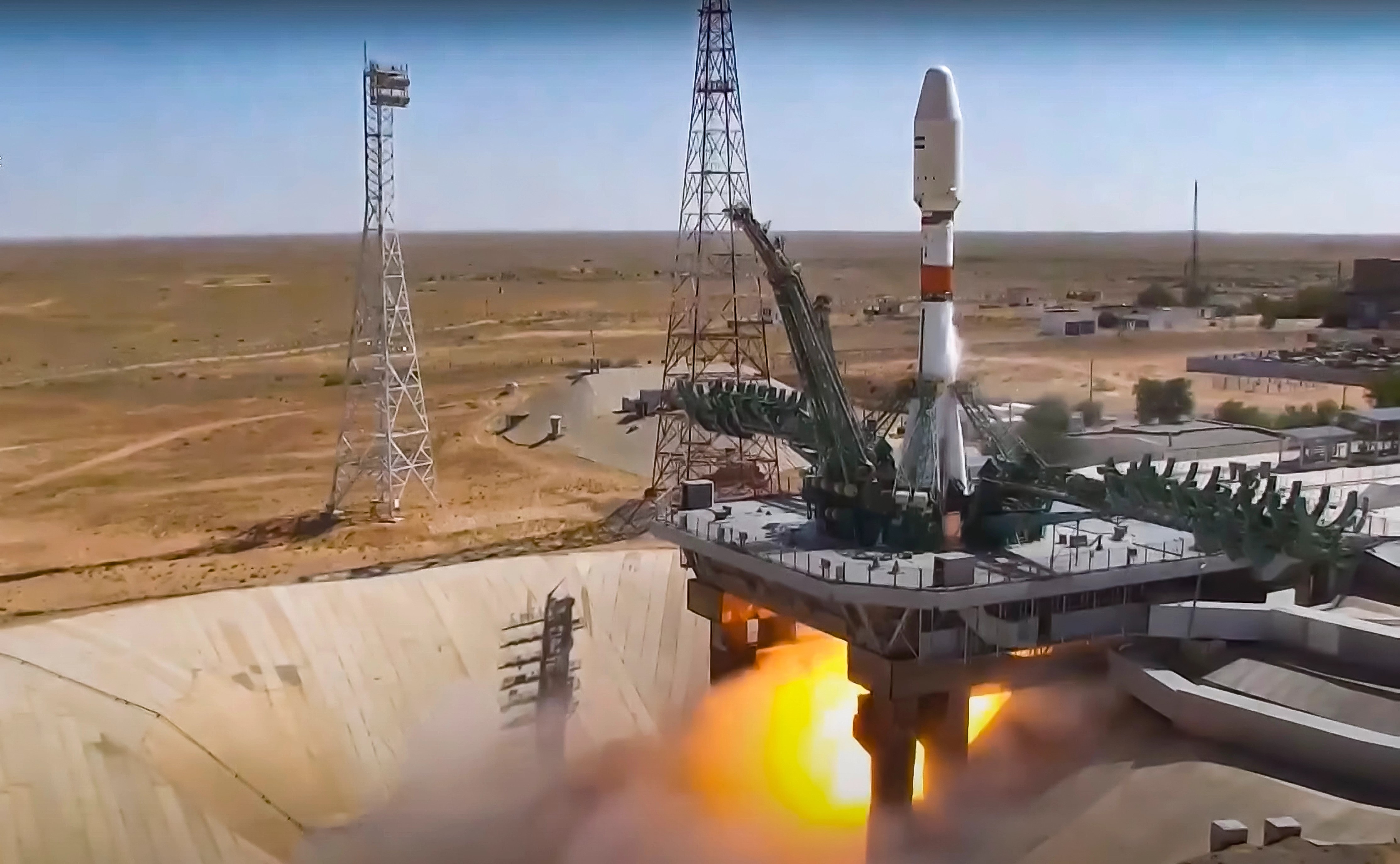 A Russian Soyuz rocket lifts off to carry the Iranian Khayyam satellite into orbit at the Russian-leased Baikonur cosmodrome near Baikonur, Kazakhstan, on August 9, 2022. / AP

The Russian space agency Roscosmos launched Iran’s Khayyam satellite into space on August 9. The satellite, mounted on a Russian Soyuz rocket, was launched into an orbit of 500 kilometers from the Russian leased Baikonur facility in Kazakhstan, according to Iran’s Mehr news agency.

Khayyam is a remote sensing satellite weighing 600 kg and capable of obtaining images with high accuracy up to one meter. The data provided by satellite will be useful in planning and management in various areas, including agriculture, environment, water and natural resources, and border monitoring. The satellite named after legendary mathematician, astronomer, and poet Omar Khayyam was built jointly by Iran and Russia.

According to Iranian Minister of Communications and Information Technology Eissa Zarepour, “launching the Khayyam satellite into orbit is the beginning of Iran-Russia’s strategic cooperation in the field of space.”

Iran will continue efforts to develop domestic capabilities in manufacturing and launching satellites, the minister added.

The Iranian Space Agency (ISA) said in a statement on August 8 that Iran had chosen Russia’s Soyuz to launch Khayyam due to Russia’s superior satellite launch vehicle (SLV) technology.

“Many countries which have mastered the entirety of the space technology cycle, who themselves possess the ability to launch satellites, nonetheless make use of Russian SLVs,” the statement reads.

According to ISA, Iran has the expertise to launch satellites below 50 kg into a 500 km orbit, including the launch of the Nour 2 satellite on the Iranian SLV, Qased.

The launch of the Khayyam satellite with Russia drew criticism after reports that Russia intended to use the satellite to monitor military targets in Ukraine before handing over control to Iran.

The Iranian Space Agency denied the claims, saying that “no other country will have access to such information, and rumours about satellite imagery being deployed in service of another country’s military objectives are untrue.”

“The issuing of commands and receipt of information from this satellite will take place entirely in accordance with an encrypted algorithm that ISA researchers installed onto it beforehand,” the ISA reported on August 7.

The Washington Post reported on August 4 that Russia had told Iranian officials of its intention to use the satellite “for several months, or longer,” to enhance its surveillance of military targets in Ukraine.

Iran has both a civilian and military space program, which the US fears could be used to advance its ballistic missile program. Tehran insists its space program is for civilian and defence purposes only, and does not breach the 2015 nuclear deal, or any other international agreement.

Western governments worry that satellite launch systems incorporate technologies interchangeable with those used in ballistic missiles capable of delivering a nuclear warhead, something Iran has always denied wanting to build.