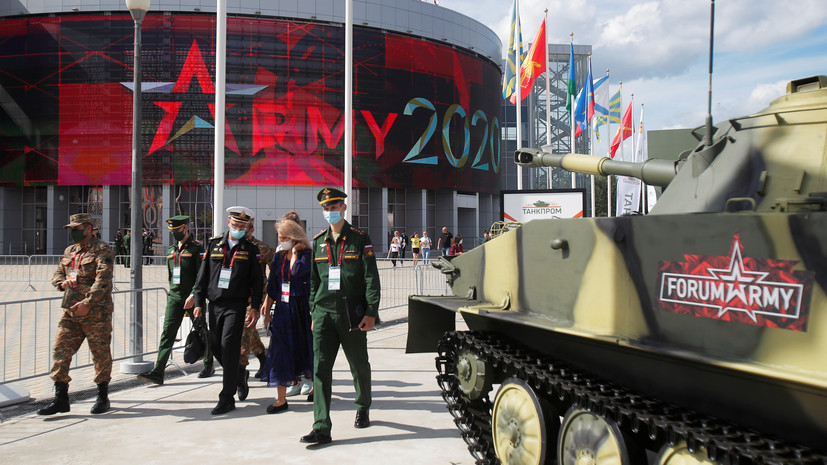 The event — considered to be the largest in the Russian defense industry — is being attended by over 1,500 Russian and foreign companies.

Russia, the second-largest military power in the world after the United States, is currently showcasing its latest military technologies at its sixth International Military-Technical Forum Army-2020 held on the outskirts of Moscow.

Organized by the Russian Defense Ministry, the event which opened on Sunday is being held at Patriot Park, which has been the venue since 2015 and is located just 53km southwest of Moscow. It is expected to attract guests and participants from over 92 countries.

"For six years, the Army forum has turned into a Russian brand and has become one of the world's best platforms for the demonstration of weapons and military equipment," EaDaily quoted Major General Andrey Goncharov, head of the Main Department for research and technological support of advanced technologies of Russia's Ministry of Defense, as saying on Sunday.

"The exhibition continues to acquire new qualities and properties," Goncharov added. "It implements unique formats on its platform and debuts new items in the field of weapons and technologies, which become resonant premieres for the world community."

The event — considered to be the largest in the Russian defense industry — is being attended by over 1,500 Russian and foreign companies. While exhibitions are held at the Patriot Congress and Exhibition Center, an aviation cluster is located at the Kubinka Air Base and demonstrations are held at the nearby Alabino Military Training Ground.

With more than 28,000 pieces of military hardware and weaponry to be showcased this year, Army-2020 has emerged as the first international-level defense exhibition held after the quarantine lift — not only in Russia but also in the world.

"Large-scale demonstration of defense industry achievements will enhance technical re-equipment of the Armed Forces, strengthen Russia within the global arms market, as well as reinforce the image of the Russian Army," Russia’s Defense Minister Sergei Shoigu said in his welcoming address.

Earlier, the Russian Defense Ministry announced that, for the first time, the forum would hold a unique exhibition tracing the development of Russian tanks throughout history, with a line of 23 tanks and armored vehicles displayed in Patriot Park.

A separate exhibition devoted to the Russian navy features state-of-the-art replicas of warships, submarines, as well as latest technical equipment for the fleet.

This year's Army-2020 coincides with International Army Games — a competition between troops from various countries, which also kicked off on Sunday and will last until September 5.

The International Army Games — viewed as the military Olympics — will see teams from across the world competing in dozens of events, among which is a tank biathlon. More than 160 teams from about 30 countries and regions will reportedly compete in this year's games in Russia, Azerbaijan, Belarus, Armenia and Uzbekistan. Due to the coronavirus outbreak, some countries, including Iran, Kazakhstan, China and others, refused to host the drills on their soil.