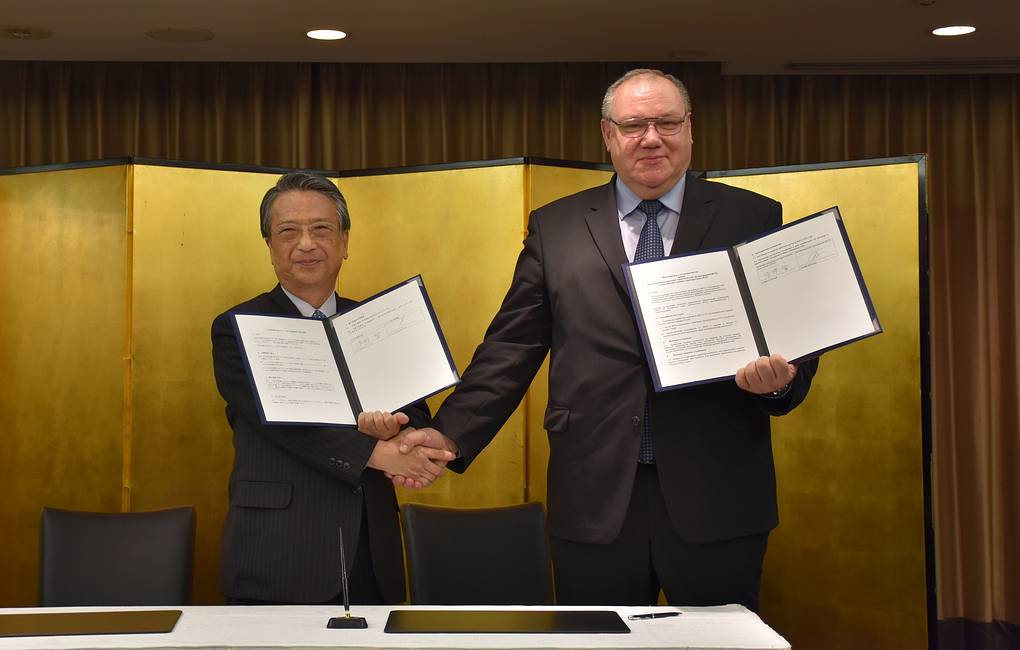 President of the Japan National Tourism Organization Satoshi Seino on the left and President of the Russian Union of Tourism Industry Sergei Shpilko on the right at the signing ceremony on May 14. / Alexei Zavrachayev / TASS

Russia and Japan are stepping up cooperation in the tourism sector, hoping to push the number of visitors each country sends to the other into the hundreds of thousands within the next five years.

Representatives from the Japan National Tourism Organization and the Russian Union of Tourism Industry signed an agreement in Tokyo on Tuesday to help increase tourism between the two Pacific neighbors.

“Thanks to this agreement we will be able to better explore the Russian market, which, in turn, will lead to the development of tourism exchanges between our countries, as well as friendship and cooperation,” TASS quoted the Japanese organization’s president, Satoshi Seino, as saying at the signing ceremony. “We will exert every effort to reach the set goal to increase the tourism flow from Russia to 200,000 people by 2023.”

The number of Russian travelers visiting Japan is under 100,000 – a relatively low number considering Russia’s population is over 142 million. Visa requirements were eased in 2017, following a visit by Russian President Vladimir Putin to Japan in December 2016. Japan also extended the validity of multiple-entry visas issued to Russian entrepreneurs, cultural figures and scientists from three to five years.

Last year the number of Russian tourists that visited Japan grew by 22.7 percent compared to a year earlier, totaling roughly 94,800. The number of Japanese citizens that visited Russia in the same time frame hit a record, at about 120,000 people.

Moscow and Tokyo are both moving ahead with plans for tourism expansion. Following a meeting with President Putin in January, Japan’s Prime Minister Shinzo Abe set a target to double tourism flows to and from Russia by 2023, or up to 400,000 people.

Sergei Shpilko, the president of the Russian Union of Tourism Industry, said that efforts by the Japanese government are welcomed, and expressed hope that someday there would be visa-free travel between the two countries.

“For our part, we fully associate ourselves with the opinion of the Japanese side that we need to move in the direction of further easing the visa regime, up to a visa-free regime between our countries,” TASS quoted Shpilko as saying on Tuesday.