Russia Is Ready To Reestablish Parliamentary Contacts With The U.S. The deterioration in diplomatic relations between Russia and the United States in recent years is perhaps approaching levels not seen since the Soviet Union was at odds with the U.S. during the Cold War. But that is not stopping Moscow from looking for ways to expand its scope of interests to improve the bilateral relationship.

“The resumption of dialogue at all levels, including through parliaments, is very important,” the press service of the Federation Council said after a meeting in Moscow on Tuesday between its speaker Valentina Matvienko and the U.S. ambassador to Russia, John Huntsman. “Russia is ready to resume parliamentary contacts at various levels.”

With the eruption of the Ukraine crisis in 2014 followed by alleged interference in the 2016 American presidential election, Washington has viewed Russia as a threat. The National Security Strategy termed Russia a “revisionist power,” while the National Defense Strategy characterizes Washington being in “strategic competition” with Moscow.

But the Kremlin maintains that any further deterioration in the relationship between Russia and the United States contradicts the national interests of the two countries and creates additional threats to international stability and security.

Tense relations between former Cold War foes have only been aggravated with heightened pressure coming from Washington in the form of economic sanctions, such as the Countering America's Adversaries Through Sanctions Act that was adopted in 2017 by the Trump administration, which threatens to impose sanctions on any country engaged in what the U.S. Treasury Department has called a “significant transaction” with Russian defense and intelligence sectors.

At a time of charged U.S.-Russia relations, the leaders of the two global powers hold a presidential summit in Helsinki last July in order to restore dynamism to the Russian-U.S. relationships.

“We have great opportunities together as two countries that frankly we have not been getting along very well for the last number of years,” President Trump said at the joint press conference following his meeting with Vladimir Putin. “I think we will end up having an extraordinary relationship. I hope so.”

However, U.S.-Russian relations have got worse since then. Earlier this year Trump pulled the U.S. out from the Intermediate-Range Nuclear Forces Treaty, a Cold War-era agreement that ensured safeguard against nuclear war. In a tit-for-tat move, Russia earlier this month suspended its compliance with the INF Treaty, blaming Washington for the breakdown.

“We will do as follows,” Putin said during the meeting with Foreign Minister Sergei Lavrov and Defense Minister Sergei Shoigu on February 2. “We will come up with a tit-for-tat response. Our American partners have announced the suspension of their participation in the treaty, so we will suspend as well.” Tensions between Armenia and Azerbaijan simmered again this week as foreign ministries of the two... 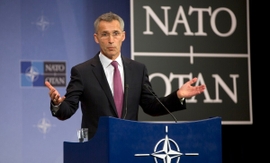 The North Atlantic Treaty Organization (NATO) member states are investing in beefing up its defen... 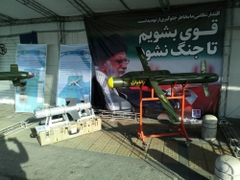 The Iranian Defense Ministry has put on display this week several of its latest military technolo...