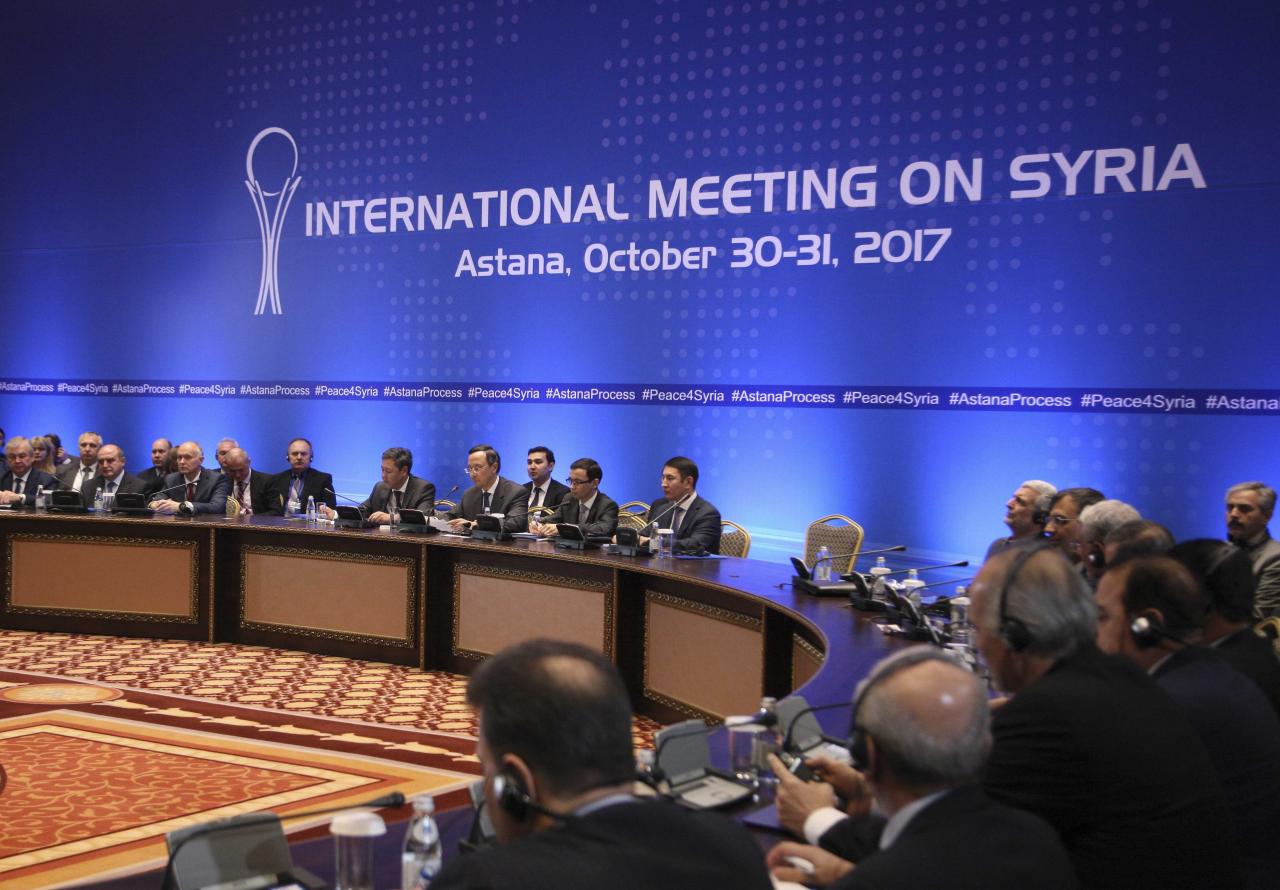 International meeting on Syria in Astana

Moscow has invited all the permanent members of the UN Security Council, including the U.S. and U.K., to attend a meeting of the Syrian National Dialogue, which is aimed at promoting the UN-led peace process, in the Russian Black Sea resort city of Sochi at the end of January.

"Russia, Iran and Turkey invite you to take part in the national Syrian dialogue congress in Sochi, scheduled for January 29-30 this year in Sochi as proposed by Presidents Vladimir Putin, Hassan Rouhani and Recep Tayyip Erdogan on November 22, 2017," read the invitation signed by Russia's Special Presidential Envoy on Syria Aleksandr Lavrentyev.

According to reports Russia’s Foreign Minister Sergey Lavrov discussed the matter with U.S. Secretary of State Rex Tillerson during a phone call on Wednesday, including the progress of the military operation in northern Syria.

The upcoming meeting’s purpose is to promoting conditions for creating a new Syria, which has been war-torn since the Arab Spring broke out in early 2011, while maintaining its territorial integrity.

The Kremlin is hoping that the upcoming congress will give a boost in the new year to UN-led efforts at bringing what is a civil war to close and find a lasting settlement agreeable to the various parties.

"I hope the Syrian national dialogue congress initiative will also be a stimulus for the United Nations to intensify its work," Lavrov said at a press conference on Monday.

The Caspian region’s Russia and Iran, along with Turkey, have played a critical role in the Syrian peace process, along with another Caspian state, namely Kazakhstan. In 2015 they created the Astana process, meant to bring together the various warring factions inside Syria on neutral territory. The process has seen some successes, including agreeing to create four ‘de-escalation zones’ inside Syria where combat operations would be halted and be able to provide a level of humanitarian assistance for locals and internally displaced persons.

Russia has been more than a mediator and guarantor of peace talks, however. In 2015, at the invitation of the Kremlin’s ally Syrian President Bashar Al Assad, Russia intervened militarily inside Syria, helping Assad’s forces beat back the Islamic State (IS, or “ISIS”) in 2017.

On December 11, Russian President Vladimir Putin announced the withdrawal of military units from Syria that took part in the fight against IS. According to Putin, at present ISIS militants have remained without territory.

According to Russian military reports, Russia’s forces destroyed over 96,000 ISIS facilities and 1,500 pieces of military equipment belonging to the terrorists, paving the way for more than a million Syrians to return to their homes.

While both sides want a lasting peace inside Syria, Washington and Moscow hardly see eye-to-eye on the situation. Russia accuses the U.S. of trying to take credit for a successful military campaign against ISIS, and says Washington has pursued a destructive policy in the country.

The Russian Chief of the General Staff of the Armed Forces General Valery Gerasimov even blames the U.S. for training militants.

“ISIS terrorists are trained at the American military garrison at Al-Tanf town, as well as in one of the camps in the Syrian province of Homs,” reads a report by Sputnik published last month. “Experts say this is done specifically ahead of holding the congress of the Syrian national dialogue in Sochi. The militants motivated by America will drag out the negotiations process with some unrealistic conditions, in particular, demanding again Bashar Assad’s departure.”