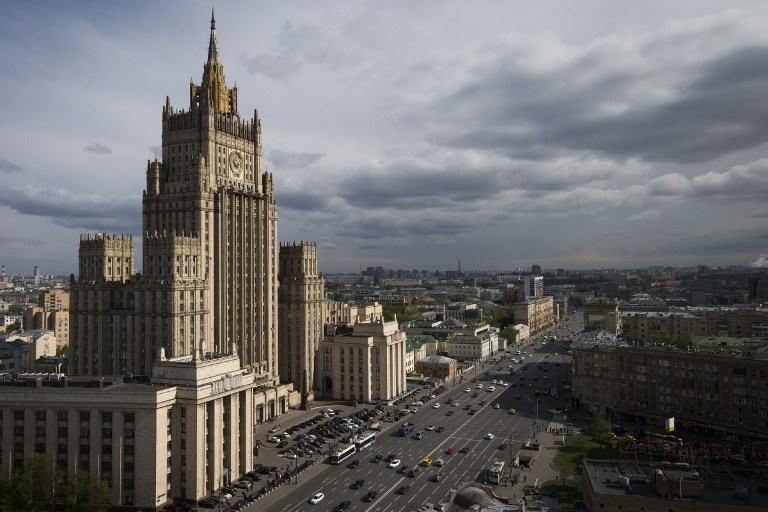 Shortly after the murder of Kavtarashvili, Germany expelled two Russian diplomats over suspicions of Kremlin involvement, which led to a prompt tit-for-tat response from Moscow. / AFP

Relations between Moscow and Berlin became tense this week when Russia's foreign ministry announced its decision to expel two German diplomats in retaliation for actions against Russia.

In a statement issued on its website on Monday, the ministry said the diplomats were declared persona non grata in a "symmetrical response to the unfriendly decision by the German government."

"The Russian side will invariably respond appropriately in a proportionate manner to any potential confrontational attacks by Berlin against us in the future," reads the statement.

The decision to expel two German diplomats from the country came in response to the German government's decision to expel two more Russian diplomats after a Berlin court sentenced Wednesday Russian citizen Vadim Sokolov to life imprisonment for shooting dead a German citizen of Georgian origin named Zelimkhan Khangoshvilli in a Berlin park. During the trial, prosecutors said Sokolov was acting on the orders of Russian federal authorities, who provided him with a false identity, a fake passport and the resources to carry out the killing – an accusation the Kremlin has repeatedly denied.

The ministry stated in the statement that Moscow "categorically denies the unfounded and unfair accusations" that it was involved in the crime, slamming that the verdict has a clear political context.

Zelimkhan Khangoshvilli, also known as Tornike Kavtarashvili, was shot twice in the head at close range in Kleiner Tiergarten park on August 23, 2019. Sokolov was arrested shortly after the murder happened. The 40-year-old victim was a former Chechen rebel commander between 2000 and 2004 when Chechen rebels were fighting a war against Russia and fought against Russian forces during the Russo-Georgian war of 2008. Khangoshvili fled to Germany soon after surviving an assassination attempt in the Georgian capital Tbilisi in 2015.

Shortly after the murder of Kavtarashvili, Germany expelled two Russian diplomats over suspicions of Kremlin involvement, which led to a prompt tit-for-tat response from Moscow.

Meanwhile, according to the Russian government, Khangoshvilli was a mercenary who was actively participating in the hostilities in the Caucasus on the side of separatists. In December 2019, Russian President Vladimir Putin called Khangoshvilli a terrorist and murderer who killed 98 persons during one incident and was one of the organizers of an explosion in the Moscow Metro.

Russian's tit-for-tat move has tightened what is already strained relations between the two countries over the Ukrainian crisis in 2014, followed by Russia’s takeover of Crimea — a Ukrainian territory that extends into the Black Sea, as well as Russia's alleged cyber attacks and Berlin's support for Kremlin critic Alexei Navalny.