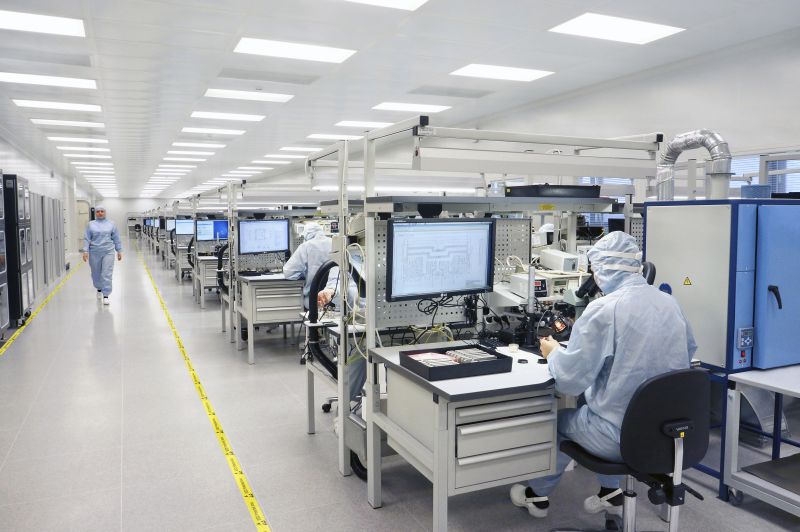 On August 6 at the Yaroslavl radio plant located northeast of Moscow, a full-scale manufacturing facility for producing modules that will be used to operate domestically-owned satellite communication systems was inaugurated.

Russia is hoping to strengthen its space industry with the launch of a long-anticipated, innovative assembly facility where payload modules will be designed and manufactured.

On August 6 at the Yaroslavl radio plant located northeast of Moscow, a full-scale manufacturing facility for producing modules that will be used to operate domestically-owned satellite communication systems was inaugurated.

“This is the third [assembly] department, which forms the basis of the Yaroslavl radio plant,” Vladimir Filimonov, a technical director at the plant said in the opening ceremony last Monday, according to reports by RT.

A payload module is an important element of space vehicles, including telecommunications satellites, which consist of complex receiving and transmitting equipment such as transponders and relay antennas.

Experts from the Yaroslavl plant are now working to construct the first four payload modules for domestic consumers, including RTI Systems, Roscosmos and Russian Space Systems. Newly-assembled space equipment will be transported in sealed containers by aircraft, and after installation and examination, they are expected to be delivered to the final assembly point.

The project is being sponsored by the Russian Radio Technical and Information Systems holding (RTI Systems), which is considered one of the largest defense contractors in Russia, with revenues of $753.5 million in 2016.

Maxim Kuzyuk, CEO at the RTI System, says his company has invested more than 3.5 billion rubles ($52.4 million) to launch the facility that occupies a total area of about 4,500 square meters.

“Now we can say that we have made a breakthrough by launching a modern production line at the Yaroslavl radio plant for such a high-tech sphere as space. This is an example of a positive experience of interaction between the state and private research and production companies,” Kuzyuk said last Monday.

The Yaroslavl plant will manufacture special equipment and electronics for communication satellites as well as for GLONASS, or Global Navigation Satellite System – Russia’s satellite-based radio navigation system run by the Russian Ministry of Defense. Similar to a global positioning system (GPS), GLONASS enables 3-dimenional positioning anywhere on earth within 100-150 meters for the public and 10-20 meters for the military. The first such satellite was launched in 1982, and the system became operational in 1993.

Russian developers believe the modernization of the assembly plant will enhance the country’s competitive advantage in the space technologies field. Unlike the U.S., Russia does not have that many devices with a warranty service life in orbit exceeding 15 years, which entails additional costs for replacing broken-down satellites.

“Almost all of the payload modules, which are used for existing telecommunications spacecraft, are being imported, with the exception of those used to operate military satellites. There is a technological dependence,” Filimonov said, according to reports by Moskovskiy Komsomolets.

On August 8, Russia’s President Vladimir Putin called to create conditions needed to strengthen the space industry, which “is of strategic importance for Russia,” according to reports by TASS.

Previously, Putin urged the government and Roscosmos – a state-owned corporation responsible for the space flight and cosmonautics program – to create a super-heavy carrier, as well as to carry out a manned program and to complete the construction of the Vostochny cosmodrome in the Russian Far East.

“Russia has all the necessary engineering and technical capabilities to implement these projects,” the president said last Wednesday.