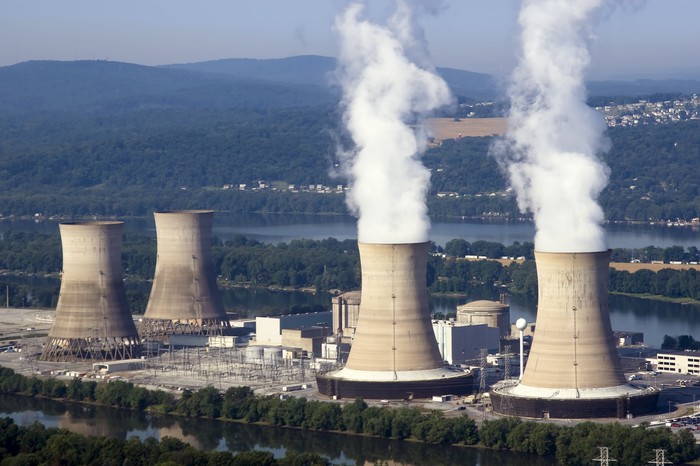 In 2018, Rosatom CEO Alexey Likhachev and Argentina Energy Minister Javier Iguacel signed a strategic document on the sidelines of the G20 summit in Buenos Aires that paved the way for Russian construction of a nuclear power plant in Argentina.

High ranking officials from Russia and Argentina met in Buenos Aires from May 27-28 to reaffirm interest in joint nuclear power projects in the South American country.

“The working group is tasked with specifying all matters pertaining to this project,” RIA Novosti quoted Sergey Dankvert, head of the Russian agricultural watchdog Rosselkhoznadzor and chairman of the Russian-Argentine inter-governmental commission, as saying on Tuesday after the commission's session. “We think that we may see a very serious breakthrough in this sphere.”

In 2018, Rosatom CEO Alexey Likhachev and Argentine Energy Minister Javier Iguacel signed a strategic document on the sidelines of the G20 summit in Buenos Aires that paved the way for Russian construction of a nuclear power plant in Argentina. The document envisages the joint development of various execution strategies to be applied to nuclear power projects.

“The signed document will allow us to broaden the existing cooperation with our Argentinian partners,” said Likhachov on December 1 following the signing ceremony attended by Russian President Vladimir Putin and Argentine President Mauricio Macri. “All of us, at Rosatom, are certain that this step will incentivize our mutually beneficial cooperation in the application of nuclear technology for peaceful purposes.”

Argentina’s interest in Russia’s nuclear capabilities stems from Russia’s experiences in nuclear engineering and its position as one of the recognized nuclear weapon states under the Treaty on the Non-Proliferation of Nuclear Weapons. Russia’s state-owned nuclear body, Rosatom, ranks third in the world in terms of nuclear power generation. In addition, the company is the global leader in the simultaneous implementation of nuclear power plant units, and it holds the largest portfolio of foreign construction projects. In late 2017, the Rosatom’s foreign orders portfolio totaled $133 billion.

In recent years Rosatom has completed the construction of six nuclear power reactors in India, Iran and China and it has another nine reactors under construction in Turkey, Belarus, India, Bangladesh and China.

Seventy years of experience has made it the world’s biggest builder of the latest generation nuclear power stations and holds the world’s second biggest uranium reserves. Despite an impressive portfolio, Rosatom is looking to expand its role in nuclear energy exports.

Russia has been expanding capabilities in nuclear power, transitioning to new generation nuclear power technologies on the basis of closed nuclear fuel. The Proryv project, also known as Breakthrough and carried out under the Federal Target Program Advanced Nuclear Power Technologies plan, minimizes radioactive waste. The project is expected to strengthen Russia’s position as the world leader in fast neutron reactor technology.

“The Proryv Project is carried out today approximately 10 years ahead of other global level projects in nuclear power; more than half of the Project R&D has been completed,” said Evgeny Adamov, the Proryv Project’s scientific head.

“Stage by stage implementation of the Project results within 2020-2030 will provide an impetus for the development of large-scale nuclear power and will create a background for strengthening Russia as the leader in the world market of nuclear technologies and products.”