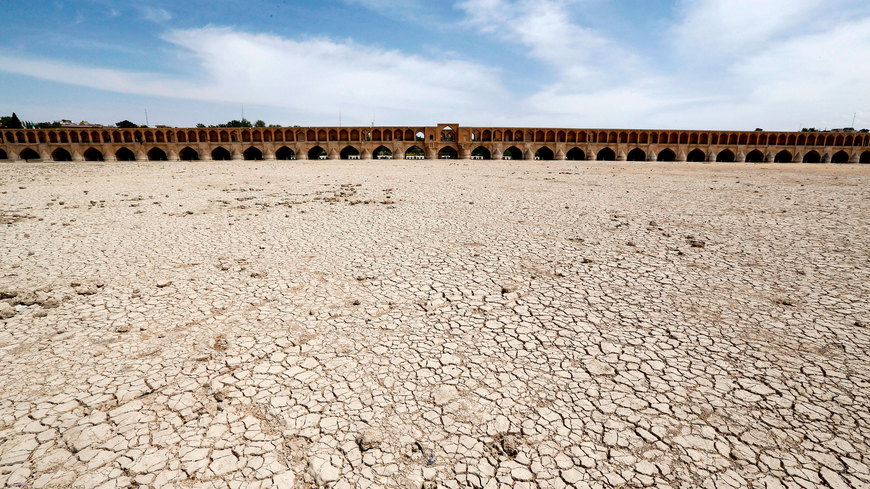 The picture shows the Si-o-se Pol Bridge over the Zayandeh Rud River, a river that now runs dry due to water extraction before it reaches the city of Isfahan, Iran, April 11, 2018. Drought has meant less water to power Iran's hydroelectric plants, which in turn has meant electricity shortages. / Getty Images

Some Iranian lawmakers have criticized President Hassan Rouhani’s decision to transfer water from the Caspian Sea to the northern province of Semnan.

During his visit to what is his birthplace on December 4 and in reply to a question about the water transfer issue Rouhani said that, “the government has its own plan for this project, and according to the announcement by the Energy Ministry, the discussion of this plan has been completed,” according to a readout of the visit made available on the president’s official website.

“The only problem with the implementation of the plan was an environmental issue concerning the path of pipeline, and pollution issue which was of main concern”, the official website of the Iranian president reported.

"If there are investors interested in the project, the government is prepared to expedite all necessary licenses,” he added.

Commenting on Rouhani’s announcement, a parliamentarian Mohammad Shaeri said, “the people of Mazandaran should know that transferring the Caspian Sea water to Semnan will definitely be followed by other projects, including the transfer of the Caspian Sea water to Tehran, Isfahan, Northern Khorasan, and other parts of Iran,” Iran’s Tabnak news agency reported on December 5.

“Wherever there is a drought and water shortage, people will call for a new project and demand Caspian Sea water be transferred to their area,” and added that "the Caspian Sea will gradually dry up under the pressure of this manipulation.”

Ali Asghar Yousefnezhad, a parliamentarian from the town of Sari, says the transportation of water from the sea is not a professional approach to the problem. “The authorities of environmental organizations commented on the issue that the transfer of Caspian Sea waters is not compatible with the Mazandaran ecosystem and in terms of financial issues as well. It is not also justifiable technically,” he said.

The Association of Mazandaran lawmakers insisted that it will block the project, claiming that a better solution to Iran’s water shortage is to take water from the Sea of Oman and the Persian Gulf, which are connected to open seas and oceans. They noted that the licenses for these transfers have already been granted and the required infrastructure is already in place.

Former President Mahmoud Ahmadinejad was the first to publicly put forth the idea of using the Caspian Sea to refill reservoirs throughout Iran, back in 2012. According to his initial plan, water would be transferred to three parts of central Iran via the Caspian. The idea, however, triggered a barrage of criticism that forced the Ahmadinejad administration to shelve the project.

Five years later, President Rouhani revived parts of it, which would see Caspian seawater from the Neka power station in Mazandaran sent through two 160-kilometer (100-mile) pipelines to the cities of Damghan, Shahroud and Semnan, all in Semnan province.

On November 19, the Director General of the Meteorological Organization of Mazandaran province, Mohammad-Reza Razavi said that the provinces struggling with the most severe drought, including Fars and Khuzestan, have compounded their problems by increasing the amount of cultivated land by 50 percent – meaning there is less water to irrigate more land.

Razavi said the shortages have spurred migration to Mazandaran province, "but, Mazandaran is also threatened by a shortage of water,” adding that droughts have led to a 30 percent drop in precipitation in Mazandaran each year.”