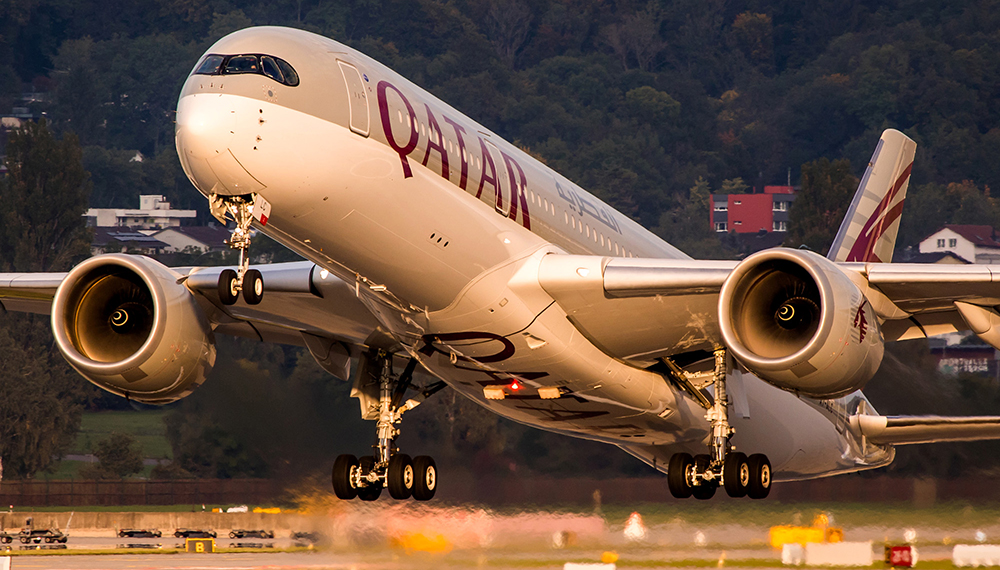 The Qatari air carrier has been active in Kazakhstan since early 2019 when Qatar Airways Cargo launched freighter operations to Almaty.

Qatar Airways will launch its first non-stop commercial passenger flights to what is Central Asia’s largest country, a result of the Kazakh policy to increase air traffic and attract new foreign carriers.

Regular flights that will connect Hamad International Airport in Doha with airports in Nur-Sultan and Almaty will begin on March 30 and April 1, respectively. Flights between Doha and Nur-Sultan will run twice per week, while flights connecting Doha and Almaty will run four times a week.

Non-stop flights will be operated on an Airbus 320 jet, according to the Kazakhstan Civil Aviation. Inaugural flights, however, will be carried out on a Boeing 787 Dreamliner aircraft, a long-haul, mid-size wide-body, twin-engine airplane made by Boeing Commercial Airplanes.

Tickets for the new route have already gone on sale. The cost of an economy class ticket for both routes will start at $349.85, while a business class ticket’s price starts at $959.07. The total flight duration from Doha to Almaty will be 4 hours and 35 minutes, while from Doha to Nur-Sultan the aircraft will be in operation for 5 hours.

An agreement on air traffic between the two countries to create a legal basis for direct flights was signed in November last year by Talgat Lastayev, the head of the Kazakh Civil Aviation Committee and his counterpart from Qatar, Abdullah Nasser Turki al-Subai.

At the same time, officials in Nur-Sultan believe the agreement will help Kazakhstani tourists expand their flight geography.

‘‘The launch of the flights will allow passengers from Kazakhstan traveling to 160 destinations with Qatar Airways,’’ reads a statement released by the Kazakhstan Civil Aviation Committee.

Qatar Airways is the country’s flag carrier headquartered in Doha that links more than 160 international destinations across Africa, Asia, Europe, The Americas, and Oceania from its base at Hamad International Airport. With a fleet of more than 230 aircraft, the company has earned many awards and accolades, becoming one of an elite group of airlines worldwide to have earned a 5-star rating by Skytrax. In 2019, Qatar Airways has won the confidence of the traveling public.

The Qatari air carrier has been active in Kazakhstan since early 2019 when Qatar Airways Cargo launched freighter operations to Almaty.

Meanwhile, the signing of the document came shortly after the government of Kazakhstan introduced an “open skies” aviation policy to promote the ease of access to national airports for foreign airlines. In addition, the initiative is expected to make Kazakhstan’s domestic aviation market competitive, and see a drop in ticket prices.

Last week, Kazakhstan signed an ‘open sky’ agreement with the United States, to launch a direct non-stop flight connecting the largest cities of the two countries. The flight, which will directly connect John F. Kennedy International Airport on Long Island with Air Astana’s domestic hub in either Nur-Sultan or Almaty, is expected to come online sometime this year, according to the Kazakhstani authorities.