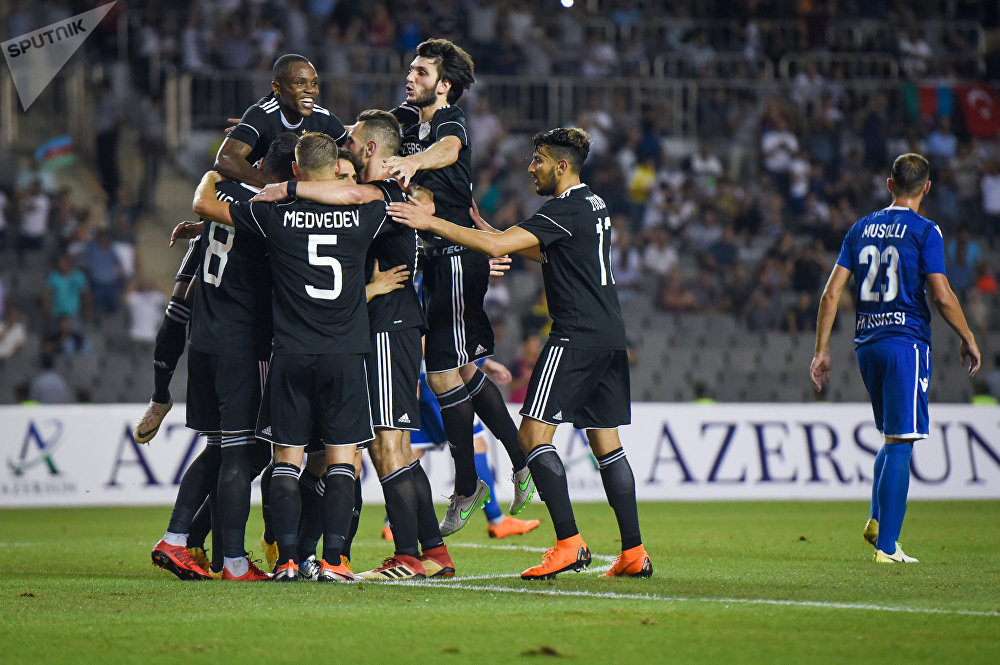 Football show within the top-class European football tournament, the UEFA Champions League will continue to come down the pitches in Caspian as two teams from the region have made it through the third qualification stage on Wednesday.

Qarabag, from Azerbaijan, scored a 3-0 home victory over Albania’a Kukës, in the second game of the two-legged tie held at Tofig Bahramov stadium in Baku. Dani Quintana, who is from Spain, scored two goals from penalty shots; while Congolese forward Dzon Delarge scored the third goal shortly before the final whistle. The win secured Qarabag at the third UEFA Champions League qualification stage. The first game of the tie was played 0-0 in Albania on July 25.

The Belarussian team BATE Borisov eliminated Finland’s HJK in a game that ended 2-1. As a result, BATE Borisov will face off against Qarabag in the third qualifying round. The first game of the tie will be played in Baku on August 7, and the second on August 14 in Belarus.

Kazakhstan’s team Astana, named after the country’s capital, kept the Danish team Midtjylland at bey with its win in Herning, which ended 0-0, on August 1. Thanks to a 2-1 home win in the first game on July 24, Astana will be continuing in the third qualification phase, next against Dinamo Zagreb from Croatia.

The first game of the two-legged tie will take place in Astana, and on August 14 the crucial second match will be played in Zagreb. The winner of the tie will be playing in the knock-out stage.

Both Qarabag and Astana will at least have a place at the UEFA’s second-level Europa League tournament, in the event of winning the third qualification stage and proceeding to the play-offs. According to UEFA regulations, those who play in the Champions League play-offs automatically secure the right to play in the Europa League. However, a play-off win sends the club to the Champions League group stages.

Two teams from the Caspian region have already been accepted to the Champions League group stages without playing qualifying matches. Russia’s Lokomotiv Moscow and CSKA Moscow are headed up the game as the winner and runner-up of the Russian premier league, respectively.

The 2018–2019 UEFA Champions League season is the 64th. The final of this season will be played at the Wanda Metropolitano stadium in Madrid, Spain sometime next year.