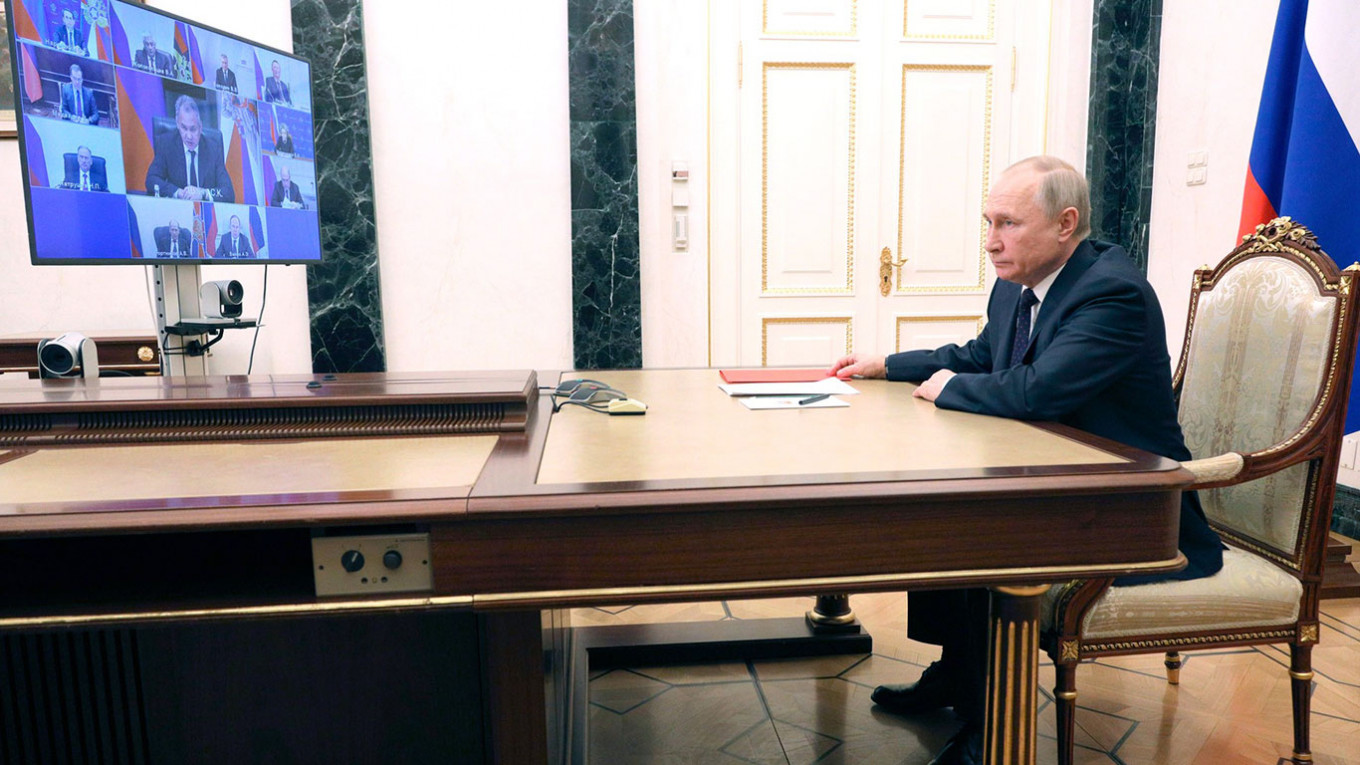 During the meeting, Russian Defense Minister Sergei Shoigu informed the president that over 16,000 people – mostly from the Middle East – have appealed to join separatist forces in the Donbas region of Ukraine. / kremlin.ru

Russian President Vladimir Putin has backed plans to allow volunteers from the Middle East to fight alongside forces of the so-called Donetsk and Lugansk People’s Republics in eastern Ukraine.

The statement was made during a Russian Security Council meeting on Friday when he said that those who wanted to join military efforts should be allowed to.

During the meeting, Russian Defense Minister Sergei Shoigu informed the president that over 16,000 people – mostly from the Middle East – have appealed to join separatist forces in the Donbas region of Ukraine.

“If you see that some volunteers would like to come and help the people in Donbass, especially without pay, then we should meet them halfway and help them relocate to the war zone,” Putin said, explaining his move as a response to the West’s alleged help in hiring mercenaries for Ukraine.

Shoigu went further to propose handing over Western-made Javelin and Stinger missiles that were captured by the Russian army in Ukraine to the Donbas forces, along with other weaponry such as man-portable air-defense systems known as MANPADS and anti-tank missile systems.

“Regarding weapons deliveries, especially those of Western weapons that have been seized by the Russian Army. I, of course, support the decision to hand them over to the military units in the Lugansk and Donetsk people’s republics,” Putin replied to Shoigu’s suggestion. “Please do this.”

The move came two weeks after Putin ordered a full-scale invasion of Ukraine, soon after he recognized the separatist territories as independent entities. Russia claims that its “special military operation” in Ukraine is aimed at protecting the people of two self-proclaimed separatist-controlled regions of Ukraine allegedly being attacked by the Ukrainian military. The Kremlin explained that the decision was made after separatist leaders of the so-called republics had asked Moscow for military support against Kyiv.

Separatist forces in the Donetsk and Lugansk regions – collectively known as Donbas – broke away from Ukrainian government control in 2014 and proclaimed themselves independent “people’s republics.” Since then, the Kremlin has been accused of exerting control over both regions, with some suggesting Moscow eventually wants to claim the region as Russian territory.

Russia's war on Ukraine has been met with international outrage that has plunged Russia into isolation never before experienced by an economy of its size.

The fighting is driving increasing numbers of people to flee Ukraine, with refugees now totaling 2.5 million people, according to the latest data compiled by the International Organization for Migration as of March 10.

According to UN figures as of March 10, 549 civilians have been killed, 41 of whom were children, and 957 injured in Ukraine since the start of the war, with the real toll feared to be higher.