Putin Reaches Out To The U.S., Ready For Dialogue 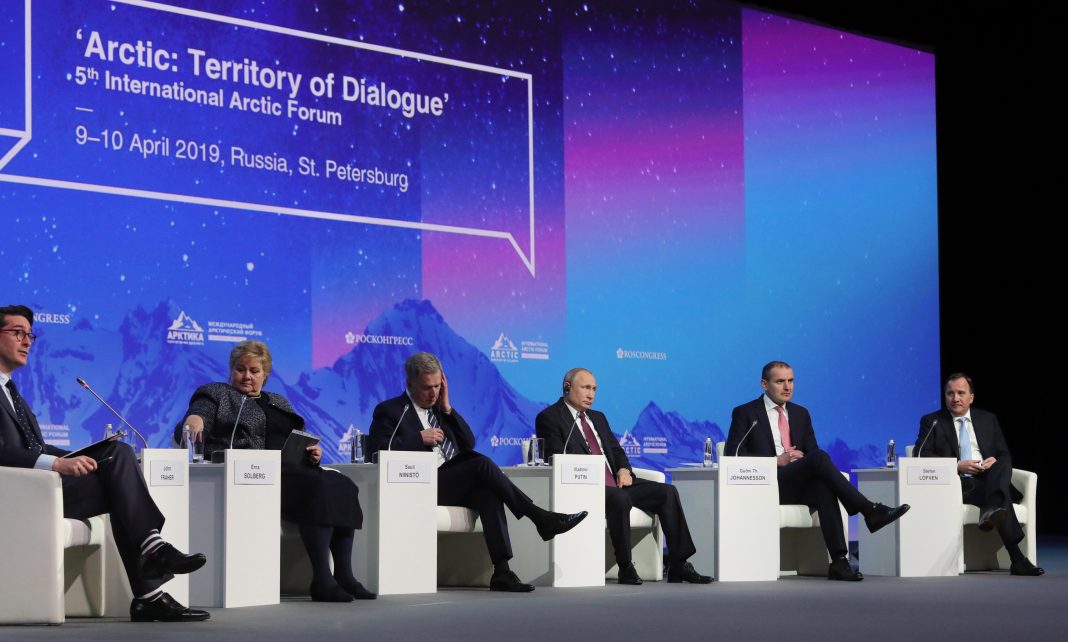 Speaking on the sidelines of a plenary session at the International Arctic Forum held in St. Petersburg, Putin said that Moscow is ready to cooperate with any president chosen by the American people.

Russo-American relations over the past five years have plummeted, with allegations of Russian meddling in the 2016 U.S. presidential election being just one of several issues to cause another ripple of mistrust between Moscow and Washington. But none of it is stopping President Vladimir Putin from speaking on reconciliation with the United States.

Speaking on the sidelines of a plenary session at the International Arctic Forum held in St. Petersburg, Putin said that Moscow is ready to cooperate with any president chosen by the American people.

“Whether we want it or not, it does not depend on us - this is not the area where such categories are applied,” RIA Novosti quoted the Russian president as saying on Tuesday in response to a reporter’s question of whether he wants Donald Trump to win a second term in 2020. “We respect the choice of the American people, whoever the president is, and we are ready to work with him.”

In recent years, issues in Ukraine and the civil war in Syria have put Russia and the United States at odds with one another. The deterioration in relations has also included a series of sanctions by Washington, the withdrawal of both sides from the Intermediate-Range Nuclear Forces Treaty – a Cold War-era agreement signed between the Soviet Union and the U.S. meant to avert a nuclear war – and the U.S. standing in solidarity with the U.K over allegations that Russia was behind the poisoning of a former Russian spy and his daughter while living in England.

“If the full-fledged, equal dialogue between the United States and Russia is resumed, including on issues that are of interest for both us and for all mankind, on disarmament issues, we will only be glad, we are ready for this,” Putin said. The Russian leader and Trump met face-to-face at a summit held in Helsinki last July.

The two-day International Arctic Forum, which brings representatives of foreign businesses and authorities from the region together to seek ways to develop and improve the geopolitical climate of the region, was expected to attract around 300 Russian and 46 foreign businesses, along with the Finnish, Icelandic authorities, and Norwegian and Swedish prime ministers.