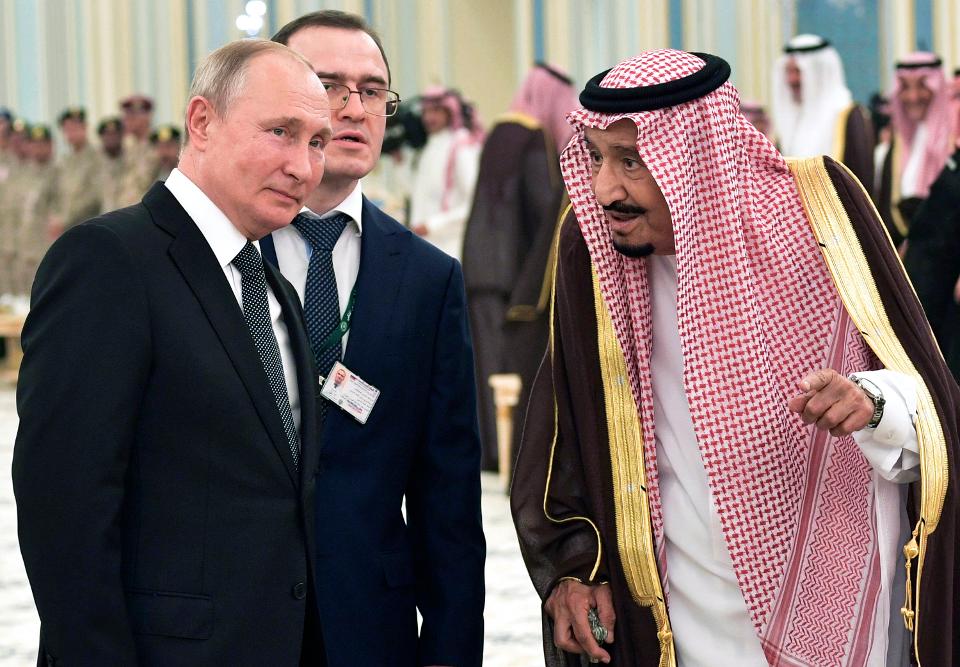 Russia is looking to build stronger ties with Saudi Arabia amid tensions in the Middle East that affect global oil prices.

On the sidelines of Russian President Vladimir Putin's first visit to Saudi Arabia in over a decade, the two sides signed an oil deal aimed at bolstering cooperation between the OPEC oil cartel and allied oil-producing nations that are not members of OPEC, such as Russia. The agreement, which is supposed to play a significant role in stabilizing the global oil market, was signed by the Russian energy minister Alexander Novak and Saudi energy minister Prince Abdul Aziz bin Salman.

“The new OPEC+ cooperation agreement will enhance cooperation and provide strong support for greater stability in the oil market,” said Salman, according to Arab News.

Russia has, in recent years, worked with the Organization of Petroleum Exporting Countries (OPEC) to limit global supplies due to sliding oil prices. Eleven non-OPEC oil-producing countries, led by Russia, have agreed to extend an agreement struck in 2016 with OPEC on reducing oil production by 1.2 million barrels per day until March 2020 as a way to stop the slide in pricing.

“Saudi Arabia is a member of OPEC, and Russia is one of the most important non-OPEC exporters,” financial expert Mohammed Al-Suwayed told Arab News. “The alliance between the Kingdom and Russia in the oil market contributes to creating harmony between the oil producers inside or outside OPEC.”

On the sidelines of the Russian-Saudi Economic Council on Monday, the Russian Direct Investment Fund (RDIF), Saudi Aramco and Saudi Arabia’s Public Investment Fund (PIF) agreed to acquire a 30.76 percent stake in the Russian company Novomet, an oilfield services company that has an estimated 3.9 percent share of the global oilfield equipment market. The consortium is aiming to close the deal by early next year, which is still undergoing regulatory approvals and a review of closing conditions.

During the signing ceremony of the new agreements on Monday, which took place in the presence of King Salman, Putin emphasized the significance of Russian-Saudi coordination as “an indispensable element for ensuring security in the Middle East and North Africa.”

“We consider Saudi Arabia to be one of Russia’s leading economic partners,” President Putin said, addressing the council.

Nearly 20 agreements were signed between the two countries, including those related to aerospace, culture, health, advanced technology, agriculture as well as energy.