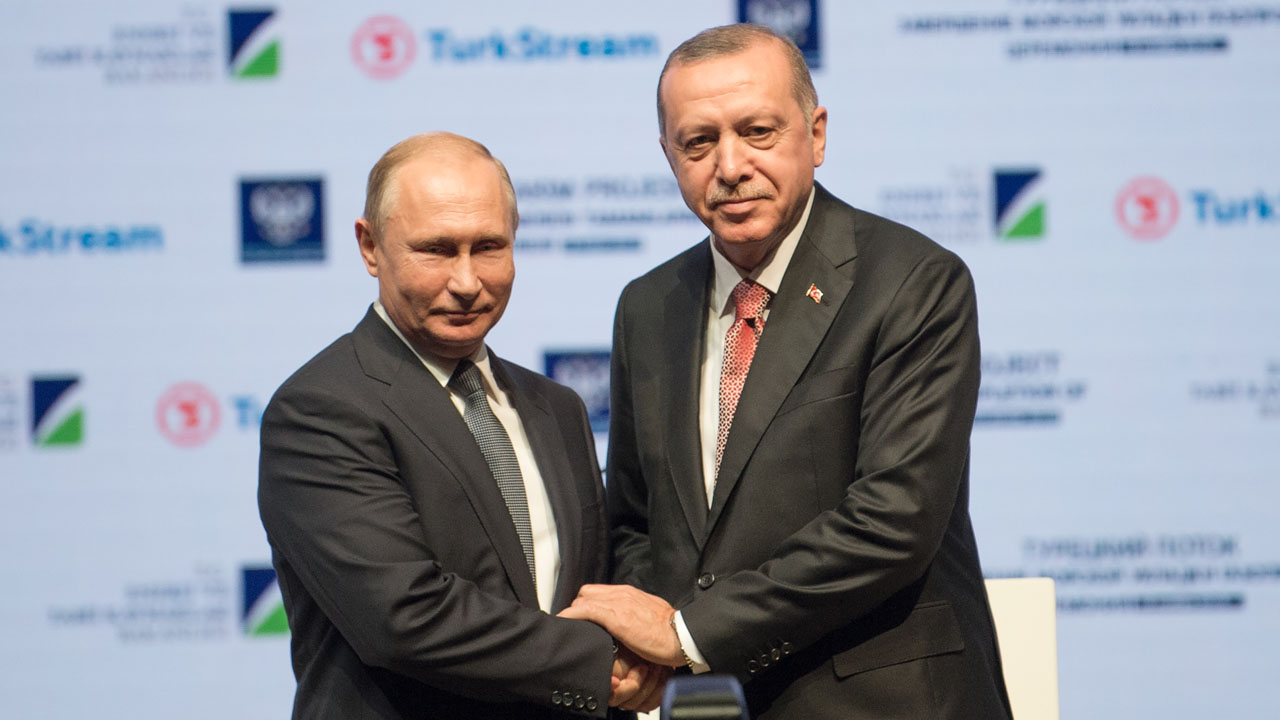 President Vladimir Putin and his Turkish counterpart Recep Tayyip Erdogan marked the opening of the offshore section of the TurkStream gas pipeline, which will deliver Russian natural gas to Turkey and then to southern and southeastern Europe via the Black Sea, on Monday.

“Gazprom is completing the construction of the deep-water part of the new gas pipeline,” RBK quoted Putin as saying during the ceremony. “Gas production and transportation is not a primitive job, it’s not just a hole to be drilled in the ground and gas can be pumped, it’s associated with the use of high technologies, it’s the most environmentally friendly and demanded type of primary energy in the world.”

The world’s largest construction vessel, named Pioneering Spirit and owned by the Swiss Allseas company, was employed to build the 930 kilometer (559 miles) offshore section of the twin pipeline that will be transit-free. TurkStream’s offshore section will carry Russian gas from Anapa to Kiyikoy in northwestern Turkey. Its maximal depth reaches 2,200 meters underneath the surface of the Black Sea.

TurkStream has an estimated throughput capacity of 15.75 billion cubic meters (bcm) of gas per year for each of the two lines. The first string is designed to carry gas to Turkish consumers while the second string will deliver gas to southern and southeastern Europe. The pipeline’s sole shareholder – the world’s largest gas producer, Gazprom – plans to complete the $6 billion TurkStream project by late 2019.

According to Alexey Miller, Chairman of the Gazprom Management Committee, work is well ahead of schedule.

“The offshore section of the gas pipeline was completed as early as today instead of in December as planned earlier,” he said according to a statement released by Gazprom. The ground-based segment of the pipeline that will extend into Turkey has yet to be completed.

The ceremony held in Istanbul on Monday marks a key milestone in strengthening and diversifying economic ties between the Caspian region country and Turkey.

“From the geopolitical point of view, the project is of historical significance,” RBK quoted the Turkish president as saying. TurkStream is the third gas project after the Blue Stream and Trans-Balkan gas pipelines, which also deliver Russian gas to Turkey.

Not all have been without controversy, however.

In October, the head of Ukraine’s Naftogaz, Andrei Kobolev, publically said that TurkStream and Nord Stream 2 – a northern pipeline being built from Russia to Germany via the Baltic Sea – threatens the sustainability of Ukraine’s overland transit routes. Kobolev said he believes that once TurkStream goes online, the Trans-Balkan Corridor that currently supplies Russian gas through Ukraine will come to an end, depriving the country of millions of dollars per year in transit fees.

But during Monday’s event in Istanbul, Putin stressed that the TurkStream project is aimed only at the national interests of Russia and Turkey and not meant to punish Ukraine. Erdogan, for his part, agreed, saying TurkStream will benefit all countries along the Black Sea.

The European Union and Turkey are, respectively, the first and second largest markets for Gazprom’s exports, and one third of Europe’s overall gas supplies come from Russia, according to Eurostat Statistics. In 2017, Gazprom supplied a total of 194.4 bcm of gas to Europe.

TurkStream is a replacement for the South Stream project that was supposed to deliver Russian gas to Europe through Bulgaria. The project was abandoned because of a lack of support from Europe, and an energy crisis in Ukraine. TurkStream is viewed as a new source for Europe’s increasing energy demands, with hopes for extending it through Bulgaria and Serbia or through Greece and Italy.

Putin held talks with Italian Prime Minister Giuseppe Conte in Moscow last month, when the possibility of connecting Italy to the pipeline was discussed, along with Bulgaria, Serbia, Hungary and Greece.