It took four and a half hours for the leaders of Russia and Turkey to agree on establishing a demilitarized zone in the northern Syrian region of Idlib, averting a military operation by the Syrian government. The move was hailed by Iran as responsible diplomacy.

“We both agree that implementation of the planned steps contributes to peace returning to the Syrian soil,” said Russian President Vladimir Putin standing alongside Turkish President Recep Tayyip Erdogan in Sochi on Monday. “By October 15, we will establish a demilitarized zone in Idlib in an area that is 15 to 20 kilometers wide,” Putin said, according to RIA Novosti.

The two sides, along with Iran, have spent the last few years trying to find a solution to what seems like a never-ending conflict in Syria. The agreement reached this week allows for the establishment of a 15 to 20 kilometer-wide demilitarized zone that will separate Syrian government forces from rebel fighters in Idlib. The zone is expected to be set up by October 15.

Idlib province is inhabited with three million civilians and refugees that have migrated from war-torn areas inside the country. The area, located in northwestern Syria, is considered the last bastion for rebel and jihadist groups that have been trying to overthrow Syrian President Bashar Al Assad in a conflict that dates back to March 2011. Since then, more than 500,000 people have been killed and millions more displaced.

All heavy weaponry, including tanks, rocket launch systems and mortar launchers operated by rebel groups, will be pulled out of the buffer zone by October 10, according to the agreement.

“The armed opposition groups, including the Nusra Front [Hayat Tahrir al-Sham] will retreat from the region, as well as the heavy weapons,” Putin said Monday.

Russian Defense Minister Sergei Shoigu said the agreement will prevent Syria from launching an offensive. Armed forces from Russia and Turkey will patrol the area and establish a joint monitoring mechanism.

The Syrian forces had been preparing a phased military assault on Idlib, seen as the final blow against rebel forces in the country. Syria, with the help of its allies, was ready to retake control of Idlib through force, but Western leaders warned of a humanitarian disaster in the province if that were to happen.

“President Bashar al-Assad of Syria must not recklessly attack Idlib Province,” U.S. President Donald Trump tweeted recently. “The Russians and Iranians would be making a grave humanitarian mistake to take part in this potential human tragedy. Hundreds of thousands of people could be killed. Don’t let that happen.”

At a summit between the Russian, Turkish and Iranian leaders in Tehran on September 7, Erdogan had urged his counterparts to accept a ceasefire in Idlib, but his proposal was declined by the other sides.

“I believe that with this agreement we prevented a humanitarian crisis in Idlib,” said Erdogan during the press conference on Monday.

Iran has long been a backer of Bashar Al Assad's government, providing crucial military and economic support during the civil war in Syria. On Tuesday, Iran’s Foreign Minister hailed the deal reached in Sochi.

“Intensive responsible diplomacy over the last few weeks-pursued in my visits to Ankara & Damascus, followed by the Iran-Russia-Turkey Summit in Tehran and the meeting (in) Sochi-is succeeding to avert war in #Idlib with a firm commitment to fight extremist terror. Diplomacy works,” Foreign Minister Javad Zarif wrote on his Twitter page. 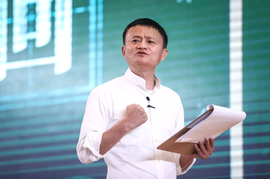 Azerbaijan and Kazakhstan are among seven countries in Asia that will receive medical supplies do... 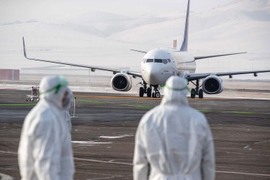 As COVID-19 cases are on the rise in Russia, authorities there are tightening measures to stymie ...