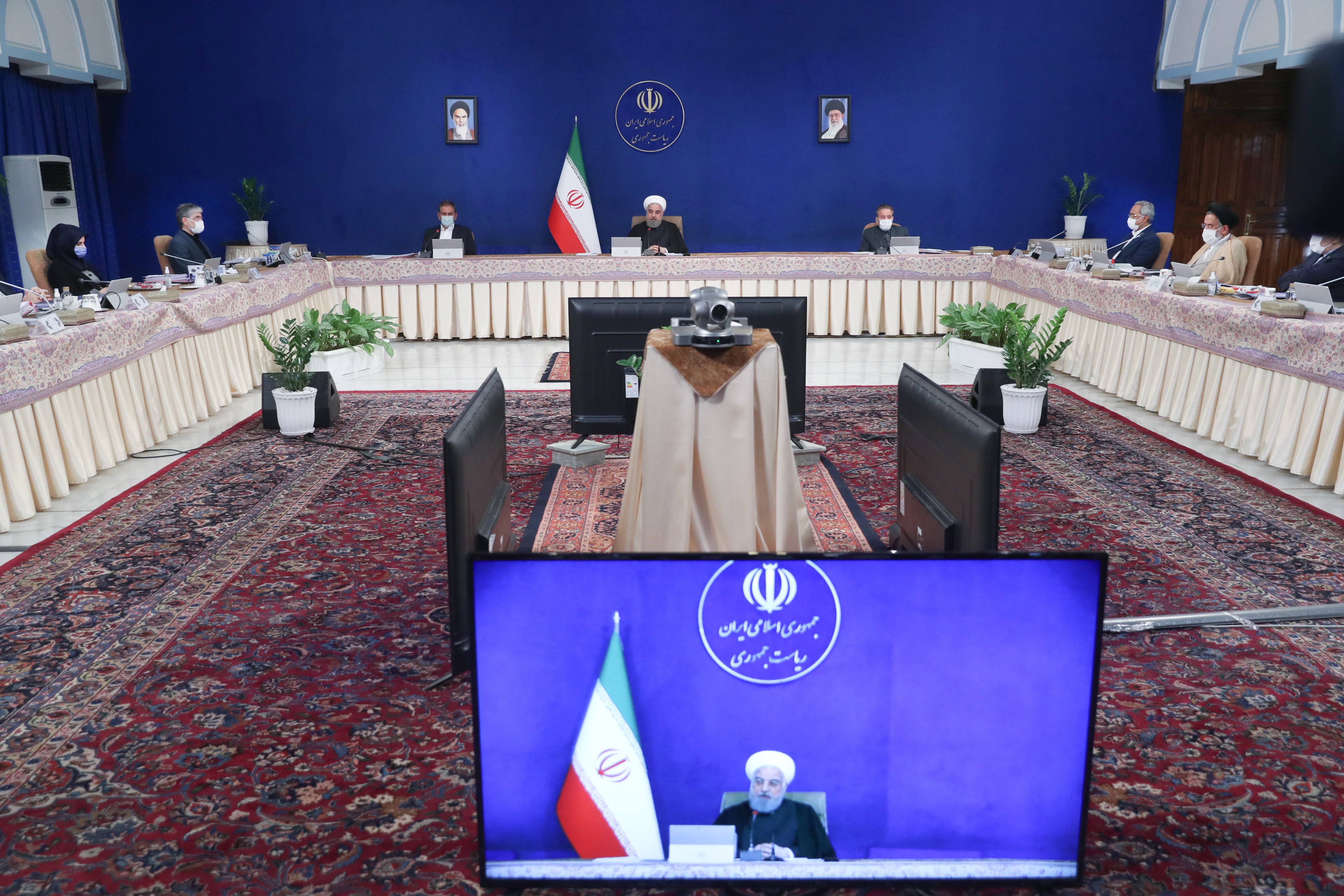 In a cabinet meeting held on October 14, Iranian President Hassan Rouhani said that from October 18, "we can buy and sell weapons" as the embargo on the country's arms trade comes to an end after 13 years. / president.ir

Iranian President Hassan Rouhani has said that his country would be able to buy and sell weapons, as the embargo on the country's arms trade will be lifted after 13 years on October 18.

“Next week, we will be congratulating and giving glad tidings to the people that ten years of cruel arms embargo will come to an end. We fought with America on this issue for four years," Rouhani said at a cabinet meeting on October 14, according to the official website of the Iranian president. "Over the past four years, America used everything in its power to prevent the lifting of the embargo on October 18. The embargo will be lifted due to the endurance of the people.”

The president added that "those who say what the Joint Comprehensive Plan of Action (JCPOA) has done, this is one of them. From Sunday [October 18], we can buy and sell weapons, and this was one of the measures taken by the Government of Prudence and Hope”.

An international arms embargo, which was imposed by the United Nations Security Council in 2007, has significantly weakened Iran's military capabilities. However, the 2015 UN Security Council resolution 2231 endorsing the nuclear deal includes a provision lifting the arms embargo on Iran on October 18, 2020.

The landmark nuclear deal, also known as JCPOA and signed by the five permanent members of the UN Security Council, namely the United States, the United Kingdom, Russia, France and China, plus Germany (P5+1), was designed to limit Iran’s capacity to produce weapons-grade nuclear fuel for a specified period, in exchange for the return of cash that had been frozen and the lifting of nuclear-related sanctions.

After Washington's unilateral withdrawal from the agreement in May 2018, the Trump administration threatened to trigger the so-called snapback UN sanctions against Iran if it fails to secure the embargo extension.

According to an Armenian Telegram channel, the lifting of the arms embargo on Iran will also meet the interests of Yerevan, amid the heavy clashes with Azerbaijan since September 27.

“The arms embargo against Iran expires on Sunday, and the country will sell and buy weapons freely. Perhaps, Armenia will soon receive Iranian drones and other weapons. Moreover, Iran will officially be able to act as a transit country in the supply of weapons to Armenia, as well as arms from the third countries,” the Armenian Stories channel said on October 14.

In early October, a large number of Azerbaijanis, who make up a sizable percentage of Iran's population, have taken to the streets in the northern provinces of Iran to show support for Azerbaijan and demand the closure of the country’s border with Armenia amid reports of Russian military equipment being transferred via its borders to Yerevan.

Some news and social media reports claim that Iran has opened its airspace, and its territory to facilitate the transport of military equipment and weaponry to Armenia through Iran's Norduz border point, as well as it is supplying fuel to the Armenia's forces in the occupied Nagorno-Karabakh region of Azerbaijan.