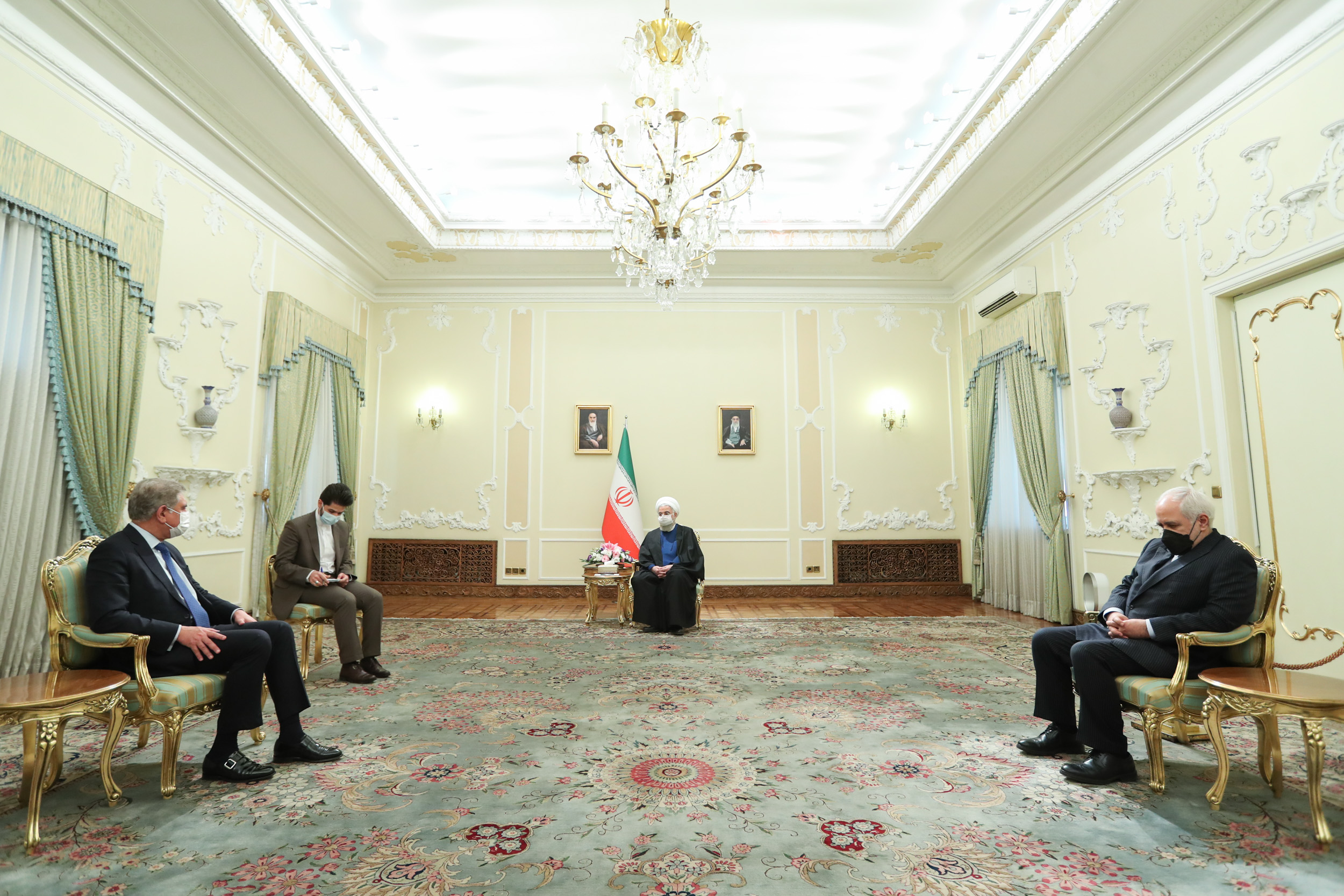 Iranian President Hassan Rouhani held a meeting with the Minister of Foreign Affairs of Pakistan Shah Mahmood Qureshi, in Tehran, on April 21, 2021. / president.ir

Iranian President Hassan Rouhani has said that security is a common concern of Tehran and Islamabad, and called for strengthening bilateral cooperation in this area.

“Security is a common concern of the two countries and strengthening cooperation in this field is necessary,” Rouhani said in a meeting with Pakistani Foreign Minister Shah Mehmood Qureshi on April 21, stressing the need to ensure peace and stability in the region.

Referring to the US decision to withdraw its troops from Afghanistan, he said that the US military presence in the region has not helped maintain security and stability, adding that “Iran and Pakistan, as two most important and effective neighboring countries of Afghanistan, should increase cooperation and interaction for the development of the peace process in the country."

Last week, US President Joe Biden said that he will withdraw all American troops from Afghanistan over the coming months, by September 11, the 20th anniversary of the attacks that drew the United States into its longest war. Officially, there are 2,500 US troops, and 7,000 foreign forces in the coalition there, the majority of whom are NATO troops in Afghanistan.

Following Biden’s announcement, NATO Chief Jens Stoltenberg said the alliance had agreed to withdraw its roughly 7,000 forces from Afghanistan, matching Biden’s decision to begin a final pullout by May 1.

Rouhani also pointed to the previous agreements between the two countries aimed at developing cooperation, and expressed Iran’s readiness to meet the energy needs of Pakistan.

For his turn, the Pakistani foreign minister called on strengthening these relations in all fields of mutual interest, and praised Iran's position in supporting Pakistan on regional and international issues.

Later, Mahmood Qureshi said during the meeting with Pakistani diplomats in Tehran that his visit to Iran is aimed at strengthening economic and trade relations between Pakistan and Iran.

On April 21, a new border crossing point was opened on the joint border of Iran’s Sistan-Baluchestan province and Pakistan’s Balochistan province in the presence of Iran’s Minister of Roads and Urban Development Mohammad Eslami and Pakistani Minister for Defense Production Zubaida Jalal. The newly opened Pishin border terminal is the third border facility situated between Iran and Pakistan.

Currently, bilateral trade stands at $359 million with Pakistan's exports to Iran amounting to $36 million, while $323 million worth of imports are accounted for.