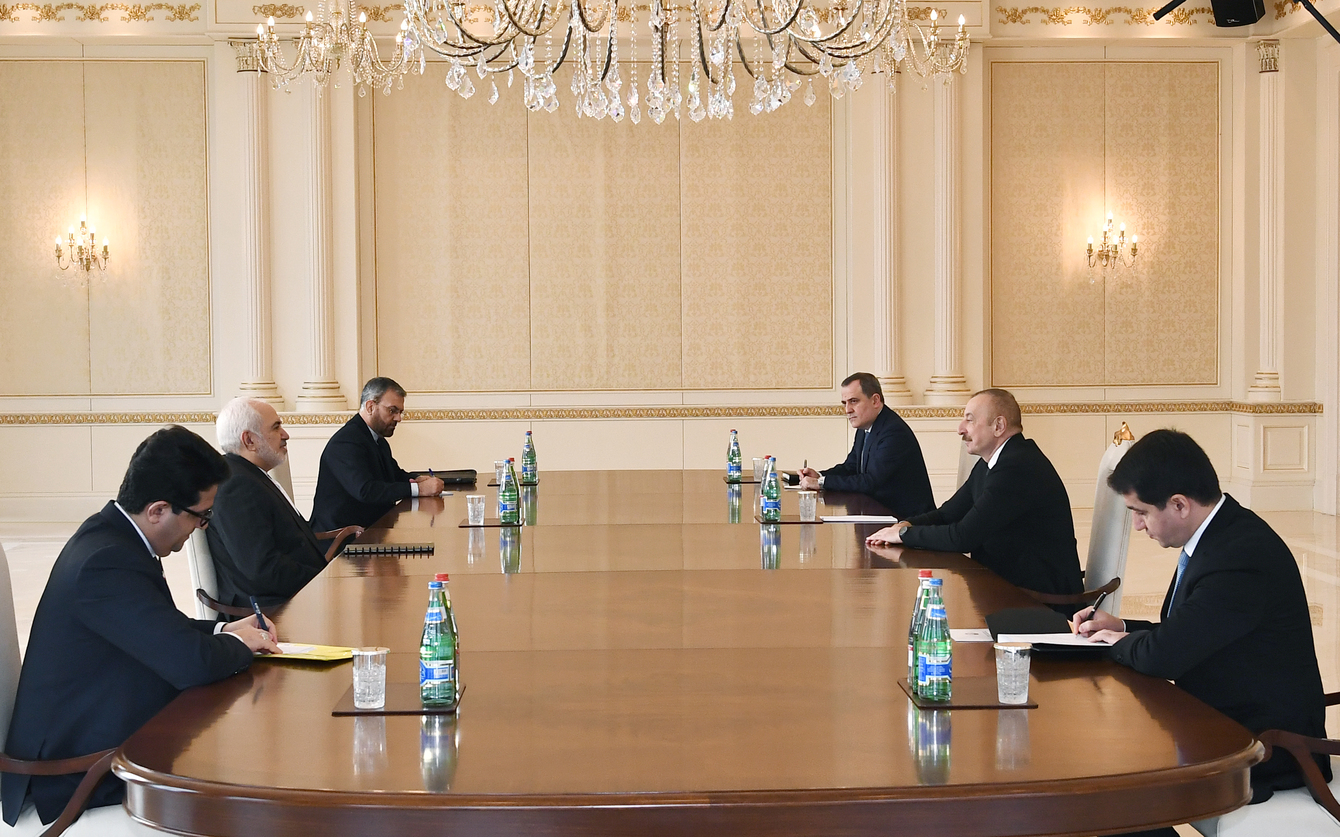 “Of course, we will be very happy to see companies from Iran among the companies who will participate in the reconstruction of the liberated areas,” President Aliyev said as part of a meeting with Iran’s Foreign Minister Javad Zarif on January 25.

“That will be natural because as I said, only friendly countries will be our partners. And of course, Iranian companies have an advantage because of the close proximity, logistics and great experience,” he added.

Zarif, who arrived in Baku on Monday for the first leg of a five-country tour, congratulated President Aliyev on his country’s victory and liberation of Azerbaijani territories. He further added that this will serve to establish “peaceful, normal relations between the countries in the region.”

According to the Iranian diplomat, Iran is eager to help Azerbaijanis go back to the places of origin once occupied by Armenia’s forces, but now liberated.

“In addition to being your friends we are the closest and have the highest comparative advantage in rebuilding the areas where you need your population to come back and rehabilitate those areas,” Zarif said on Monday.

The latest outbreak of war in the region started on September 27 after Armenia’s forces deployed in the occupied Azerbaijani lands shelled military positions and civilian settlements of Azerbaijan. The attacks triggered the Azerbaijani forces to take immediate counter-offensive measures for pushing back the assault. The 44-day war ended in a tripartite ceasefire statement signed by Armenia, Azerbaijan and Russia. By this time, Azerbaijani forces liberated more than 300 settlements, including the cities of Jabrayil, Fuzuli, Zangilan, Gubadli and Shusha. Armenia returned the occupied Aghdam, Kalbajar, and Lachin districts to Azerbaijan by December 1 as part of the obligations it took under the ceasefire deal.

With an aim to rebuild the territories destroyed by Armenia’s military forces during decades of illegal occupation, the government of Azerbaijan budgeted 2.2 billion manats ($1.3 billion) in 2021.

Meanwhile, Monday’s meeting also focused on several major economic, transportation, and energy projects bringing together Azerbaijan and Iran, as the new opportunities for cooperation have been opened up in the region. The list of the projects dicussed included the North-South Transportation Corridor, as well as hydropower plants located on the border between the two countries.

According to President Aliyev, the implementation of the project known as the North-South Transportation Corridor resulted in a 20 percent growth in cargo transportation as of last year.

At the same time, the president pins high hopes on the Khudafarin water reservoir and Ordubad-Maraza power station.

“Hopefully in the coming couple of years we will be able to complete this project completely and to provide new power generation to both sides. And the project which we also agreed upon several years ago on the high level - Ordubad-Maraza power station - also moves successfully,” President Aliyev said as part of the meeting.

While in Baku, Iran’s Zarif also met his Azerbaijani counterpart, Jeyhun Bayramov, to discuss a series of issues related to the two countries.