President Aliyev: We Consider Armenians in Karabakh Region Our Citizens 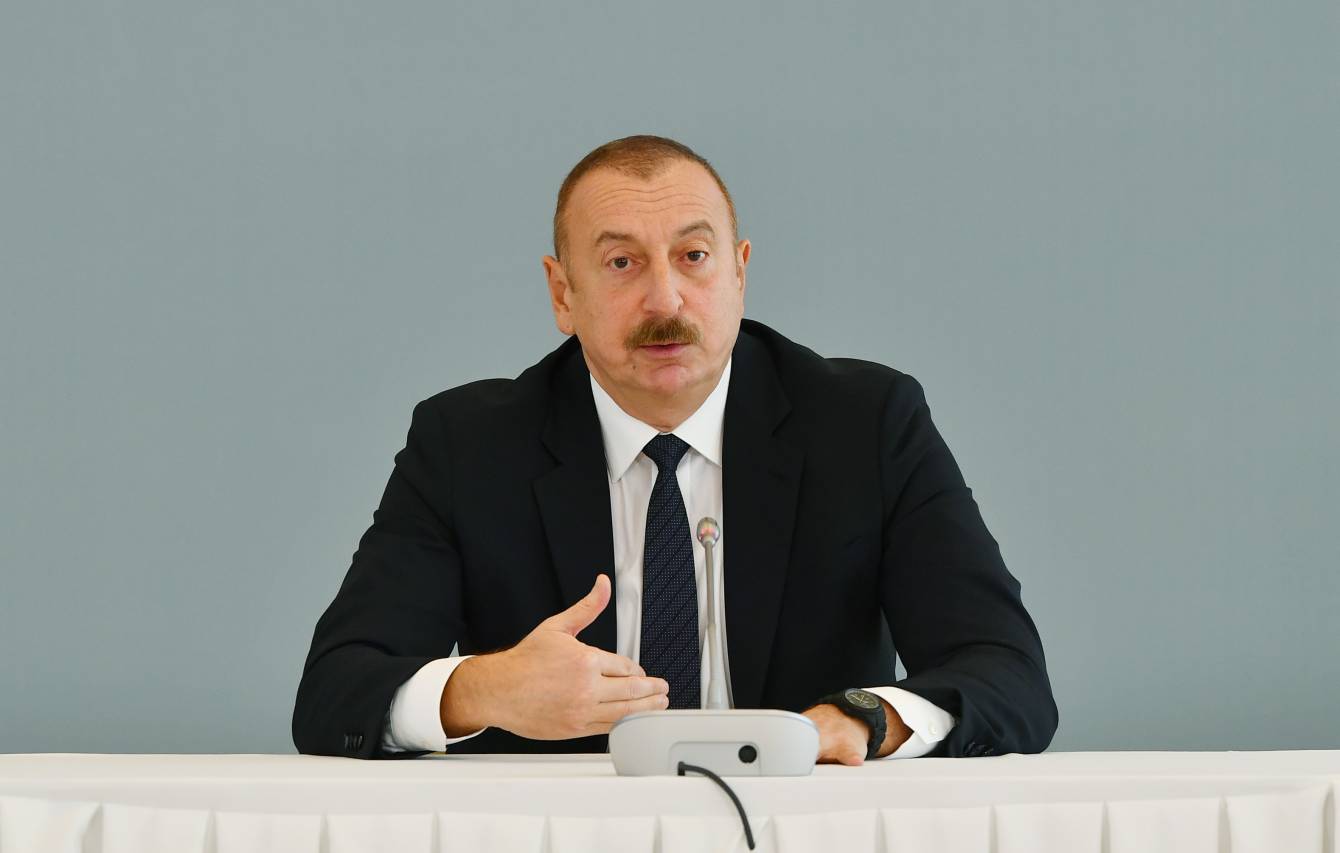 President Ilham Aliyev has once again clarified the Azerbaijani government’s position about the ethnic Armenians living in the country’s Karabakh (Garabagh) region, calling them the citizens of Azerbaijan.

The remarks came last week at the international “South Caucasus: Development and Cooperation” conference in Baku, attended by think tank representatives, experts, and journalists from worldwide.

“I have already said that we consider the Armenians living in Karabakh our citizens. We hope that they will soon understand that living as citizens of Azerbaijan will ensure all their rights and security,” President Aliyev said, addressing the event. He further added that, unlike in Armenia, all ethnic groups, including Armenians, live in peace and dignity in the multi-ethnic Azerbaijani society.

According to Azerbaijan’s president, to be integrated into the Azerbaijani society, the Armenian minority in the Karabakh region must first give up separatist tendencies and aspirations, given Azerbaijan’s obvious goodwill reflected in post-war developments.

“They [Armenians] also need to understand the reality. They have to look at the map, consider the geography and understand that hundreds of thousands of Azerbaijanis will return to Kalbajar, Lachin, Shusha and Aghdam in the near future. They will have to live in this environment. [They] will have to live as neighbors, put aside enmity, isolate the separatists, bring the separatists to justice, and then I think they will also benefit,” President Aliyev noted.

Armenia and Azerbaijan have long been at odds over the latter’s Karabakh region. Following the Soviet Union’s dissolution in 1991, Armenia launched a military campaign against Azerbaijan that lasted until a ceasefire deal was reached in 1994. As a result, Armenia occupied 20 percent of Azerbaijan’s internationally recognized territories. Over 30,000 ethnic Azerbaijanis were killed, and one million were expelled from those lands in a brutal ethnic cleansing campaign carried out by Armenia.

Over the years, hatred toward Azerbaijan and Azerbaijanis has been common in the Armenian society and spilled over into certain parts of Azerbaijan’s Karabakh region partially inhabited by ethnic Armenians.

A sharper enmity was observed in the early 1990s when the two countries fought a bloody war. Hatred towards Azerbaijanis most obviously manifested itself in the Khojaly genocide of Azerbaijanis on February 26, 1992. The occupation of the Azerbaijani town resulted in the mass killing of 613 residents, including 106 women and 63 children. The photos and video footage from the crime scene revealed inhuman torturing and murder technics applied against the Azerbaijani civilians, including scalping, desquamation, decapitation, and others.

“Before Khojaly, the Azerbaijanis thought that they were joking with us, they thought that the Armenians were people who could not raise their hand against the civilian population. We needed to put a stop to all that. And that’s what happened,” Armenia’s former President Serzh Sargsyan said about the events in Khojaly.

The anti-Azerbaijan sentiments in Armenia had again climaxed with the escalation of tensions in 2016 and 2020 when Armenians unexpectedly attacked the Azerbaijani military and civilian positions. In the Armenian discourse, hate speech and hostility against Azerbaijan began to step up simultaneously with the border provocation triggered by the Armenian army in the western Tovuz district of Azerbaijan in July 2020. The sentiments were also manifested in numerous cyberattacks, the creation of trolling accounts, and the pages that mushroomed through social media sites aiming to mock and insult Azerbaijanis.

The events in Tovuz led to a bigger offensive of the Armenian military on the Azerbaijani territory catapulting the largest war in South Caucasus since 1994.

On September 27, 2020, the decades-old conflict between the two countries spiraled after Armenia’s forces deployed in occupied Azerbaijani lands shelled military positions and civilian settlements of Azerbaijan. During counter-attack operations, Azerbaijani forces liberated over 300 settlements, including the cities of Jabrayil, Fuzuli, Zangilan, Gubadli, and Shusha, from a nearly 30-year-long illegal Armenian occupation. The war ended in a statement signed on November 10, 2020, under which Armenia also returned the occupied Aghdam, Kalbajar, and Lachin districts to Azerbaijan.

New realities have surfaced in the South Caucasus region following Azerbaijan’s victory in the war. Authorities of Azerbaijan have long been calling on the Armenian government to start working on post-conflict regional issues, including negotiations on a peace treaty and the unblocking of communications.

Reintegration of the ethnic Armenians living in certain parts of the Karabakh region into the Azerbaijani society has also been high agenda of Baku. Late last year, President Aliyev said the Armenian minority could participate in construction and restoration projects of the region and that Baku was ready to create conditions for them in the places and villages where they would live.