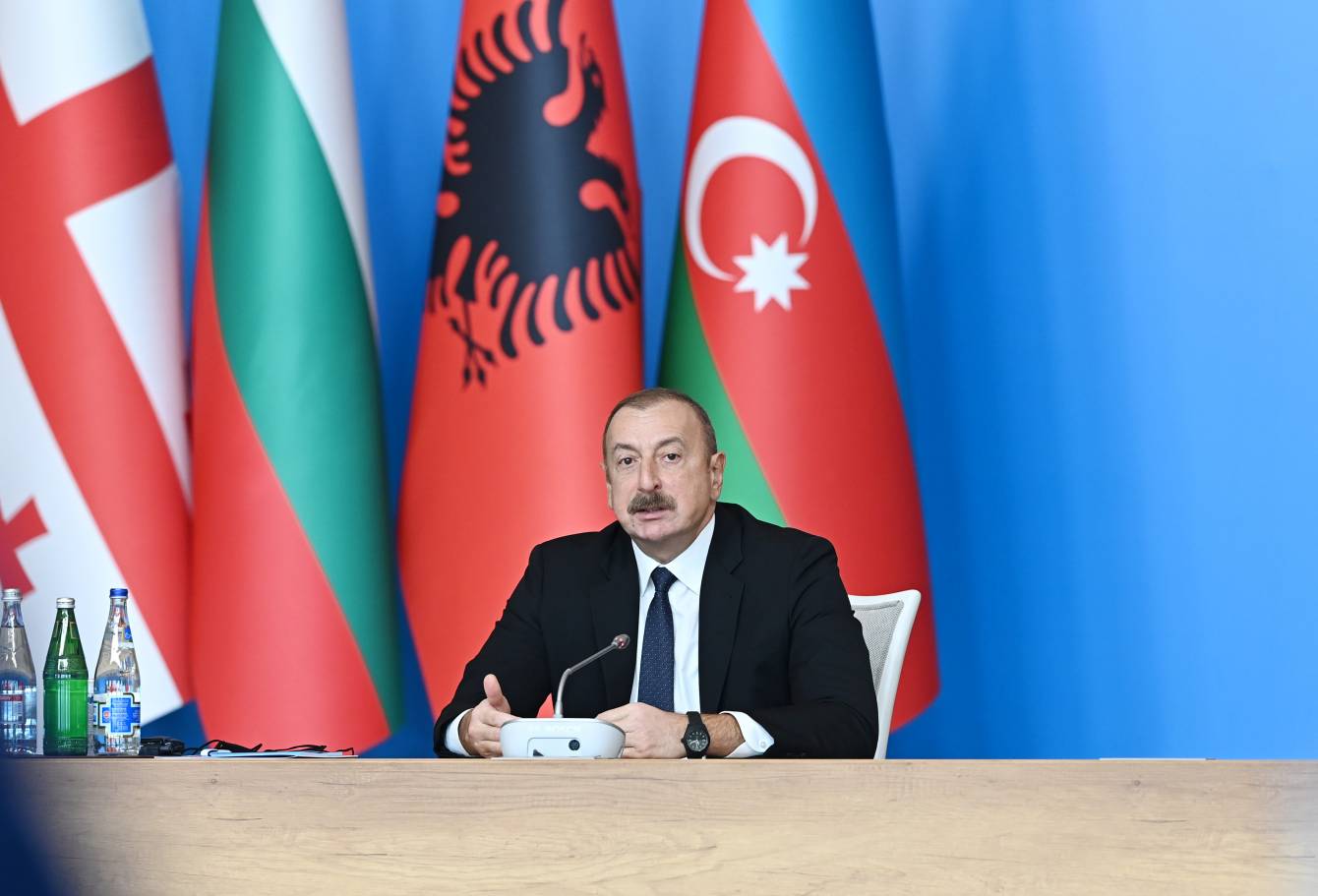 President Ilham Aliyev said the European energy markets would see more gas flowing from Azerbaijan on the Southern Gas Corridor in 2022 given the market instability that could lead to a volatile energy crisis.

President Aliyev’s remarks came at the 8th Ministerial Meeting of the Southern Gas Corridor (SGC) Advisory Council in the capital Baku of Azerbaijan on Friday.

“Azerbaijan, after the completion of the Southern Gas Corridor managed to increase its export to international markets, including, European markets. Last year Azerbaijani export of natural gas was 19 billion cubic meters, 8.5 to Turkiye, almost 7 billion to Italy and the rest to other members of the team - Georgia, Greece, Bulgaria,” he said, expressing his hopes for celebrating Albania as a new recipient after it completes its gas distribution network, President.Az reports.

According to the president, Azerbaijani gas shares 20-80 percent of the overall gas consumption in different foreign countries and the number has been growing as Azerbaijan works to increase the production of blue energy.

President Aliyev is convinced that the proven gas reserves of Azerbaijan allow the country to ramp up the flows to the overseas markets, in particular to Europe, which has been facing a scarcity of resources. According to official data, the proven gas reserves of Azerbaijan trapped beneath the Caspian Sea is 2.6 trillion cubic meters, of which one trillion is reserved at the largest Shah Deniz field. However, the figure is likely to grow due to new discoveries.

“Shah Deniz is the main gas field in Azerbaijan and so far, the only contributor to the Southern Gas Corridor but other projects are also in the process. One of the biggest gas condensate fields of Absheron hopefully will start production very soon, maybe less than in one year. “Absheron” stage 1 will produce 1.5 billion cubic meters, not a big amount, but I think it’s substantial for some countries. Another big field, which we hope will also produce good results is “Babak” with estimated reserves of 400 billion cubic meters. “Umid” at least 200 billion cubic meters. And of course, we have big expectations from one of the oldest oil and gas fields, Azeri-Chirag-Gunashli. Its deep gas section, which I hope will soon be also in operation and it’s also hundreds of billions of cubic meters of gas, and can be extracted I think within a short period of time,” President Aliyev added.

Azerbaijan has been delivering natural gas through the Trans Adriatic Pipeline (TAP) to European markets since December 31, 2020. TAP starts at the Turkish-Greek border and runs along 773-kilometer onshore and 105-kilometer offshore routes traversing Greece and Albania toward its end destination in Italy.

European Commissioner for Energy Kadri Simson said Azerbaijan’s efforts for ramping up gas supplies to Europe on the SGC was “a delicate moment in terms of the security of the EU’s gas supply."

“Reliable, competitive, affordable gas is making its way to South Eastern Europe. Homes are supplied, buildings are heated and citizens receive the energy they need. And with rising energy prices and tightened gas supplies, the Corridor’s role is strategically important for the EU [European Union], now more than ever,” she said at the ministerial meeting in Baku, adding the EU is interested in further expansion of the capacity and geographical footprint of the SGC.

Simson went on to add that until 2030, the gas would represent up to 22 percent of Europe’s energy mix, meaning the internal markets would need additional supplies from Azerbaijan on TAP. According to her, the TAP consortium is currently conducting a market test to reveal demand for extra supplies, the result of which will be known by July 2022.

TAP officials are convinced that the annual throughput capacity of TAP could be increased to up to 20 bcm of gas per annum supplying the energy to more markets in Europe.

In case of capacity expansion, some Western Balkan countries, including Montenegro, North Macedonia, Bosnia and Herzegovina, and Croatia, could also receive the Azerbaijani gas. TAP supplies would be the first-ever batch of pipeline gas reaching households in Montenegro.

“You have seen the huge importance of the 8 billion cubic meters of gas that has already been delivered (in 2021) to Europe via Azerbaijan. During this winter it has been a very precious part of our energy mix and I do hope that we can count on Azerbaijan to bring even more of this energy, and not only to Europe but also to our neighbours, the Western Balkans,” said Oliver Várhelyi, European Commissioner for Neighbourhood and Enlargement, in a post-meeting press conference in Baku on Friday.

The EU has plans for a 5 bcm/year of Azerbaijani gas to be supplied to Western Balkans on the 511-kilometer Ionian Adriatic Pipeline (IAP), which will connect to TAP in Albania and extend to the Croatian grid via Montenegro, with a spur into Bosnia and Herzegovina.

The Western Balkans – composed of Albania, Bosnia and Herzegovina, Croatia, North Macedonia, Montenegro, and Serbia, has been falling short of reliable energy infrastructure since the break-up of former Yugoslavia, which saw serious damage in the wake of conflicts over the country’s dissolution.

Most gas imports in Western Balkans come from Russia. Albania, Montenegro, and parts of North Macedonia and Bosnia and Herzegovina are not connected to the European gas grid. Only Serbia produces gas that meets about 20 to 25 percent of its domestic consumption, according to a report compiled by Jstor, a digital library of academic journals.