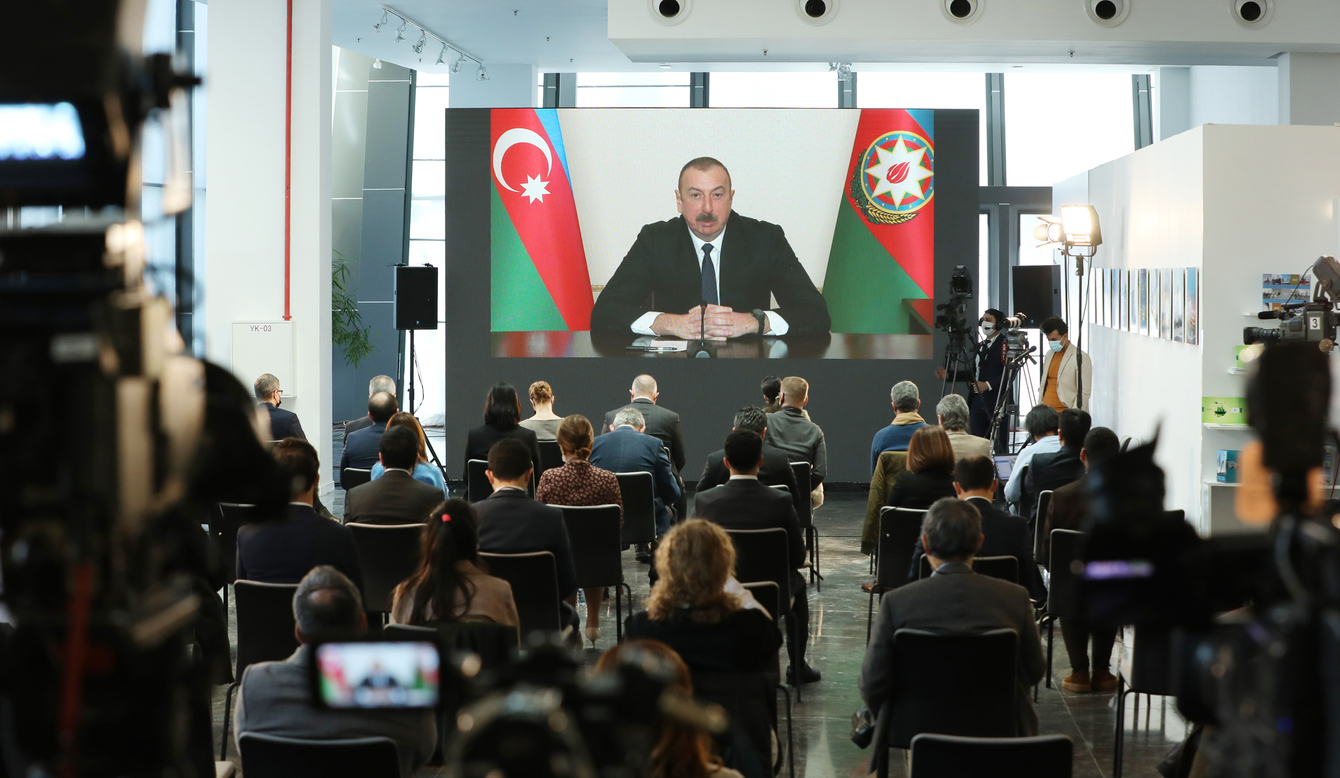 In a recent interview with local and international journalists, Azerbaijani President Ilham Aliyev has answered questions about dozens of armed Armenians captured by the Azerbaijani forces in the Karabakh region after the ceasefire agreement was signed to end the 44-day war.

At the end of November, Azerbaijani troops deployed in the country's Karabakh region discovered a group of more than 60 armed Armenians who had arrived from Armenia, mainly its Shirak region and other areas, according to the president.

“First, we received information that they had lost their way and could not get out of the encirclement,” President Aliyev said in a virtual interview with local and international media representatives in Baku on February 26.

“For some time, the Azerbaijani servicemen, together with the peacekeeping mission, thinking that they were lost, tried to help these people and send them back. But it turned out that this was not the case. It turned out that it was a subversion group that carried out attacks on our military personnel and civilians,” he added.

The president further said that four Azerbaijani servicemen and a civilian were killed in the wake of Armenians' subversions and terrorist attacks, which prompted the Azerbaijani army to launch a counter-terrorist operation.

“Several terrorists were neutralized and more than 60 were captured. When some people try to describe them as prisoners of war today, I think they are deliberately distorting the essence of the issue. There cannot be a prisoner of war 20 days after the war. We returned all the prisoners of war we had. In fact, we returned them earlier than they returned ours. These people do not fall into that category. These are terrorists and saboteurs. So any speculation on Armenia or some countries' part is irrelevant,” President Aliyev told journalists.

According to the country’s Defense Ministry and the State Security Service, Azerbaijani servicemen in the Karabakh region were attacked thrice last year – in November and December. All the incidents took place after the signing of a tripartite ceasefire agreement on November 10 by Armenia, Azerbaijan, and Russia that ended the six-week-long clashes in the region.

As a result of the first attack organized by armed Armenian subversion group on November 26, three Azerbaijani servicemen were killed in the Sur village of the Khojavend district. The next assault took place on December 8, killing an employee of Azerbaijan’s Azercell mobile operator during the installation of communication lines and transmission equipment near the Hadrut settlement. The last attack took place on December 27 when an illegal armed group of six remnants of Armenia's armed forces attacked the units of the Azerbaijani army in the Aghdam (Akaku) village of the Khojavend district. The offensive claimed the life of one Azerbaijani serviceman and injured another.

Following these incidents, Azerbaijani authorities called on the Armenian side to refrain from provocations through such armed detachments, as well as from deliberately escalating the situation in the Karabakh region. In his letter to the UN Secretary-General, Azerbaijan’s Foreign Minister Jeyhun Bayramov highlighted the capture of a sabotage group of the armed forces of Armenia consisting of 62 people in the Karabakh region of Azerbaijan.

Officials in Armenia, however, have been trying to call the captured armed Armenians so-called “prisoners of war.” Armenia’s foreign ministry issued a statement calling on the Azerbaijani side to halt criminal proceedings against those captured in the Azerbaijani territories post-war.

Tural Ganjaliyev, head of the Azerbaijani community of the Nagorno-Karabakh region of Azerbaijan, said all Armenian prisoners of war held in Azerbaijan have already been returned to Armenia. Ganjaliyev further underlined that sabotage group captured after the end of the war cannot be considered prisoners of war.