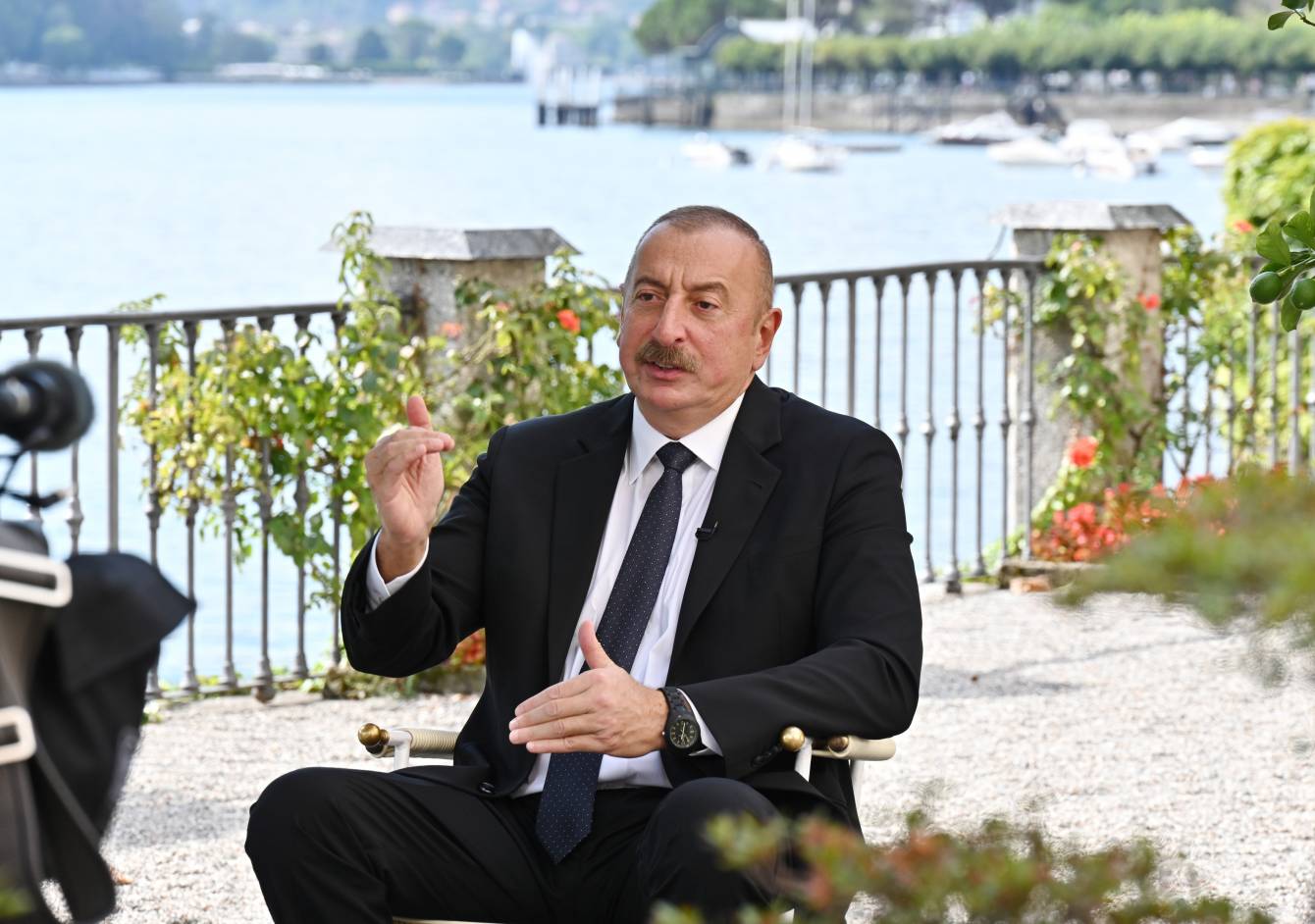 Europe is requesting more natural gas from Azerbaijan with the aim of doubling the current supply volume imported to the continent from the Southern Gas Corridor pipeline, Azerbaijani President Ilham Aliyev has revealed.

He noted that Baku and its European partners were evaluating new options and plans for boosting Azerbaijani gas supplies to consumers in Europe, adding that such a move would require additional investment and an agreement between the shareholders.

“But, the situation … is very new. Therefore, no one was prepared for that, and all our energy projects, including natural gas transportation, were based on the existing contracts. We signed the contracts with the European companies, which purchased our gas, many years ago, and then we invested in pipelines and started to supply gas to Europe only a year and a half ago,” President Aliyev said in an interview with the Italian “Il Sole 24 Ore” newspaper this week.

The president described the doubling of natural gas exports to Europe as a priority in a meeting with European Commission President Ursula von der Leyen in Baku in July, which aimed to explore new avenues to increase the production in Azerbaijan in the short term. Azerbaijan currently has active contracts with three European countries - Italy, Greece and Bulgaria, according to President Aliyev, while it is seeing growing demand from other European countries. Such factors are adding momentum behind the Balkan-destined Ionic-Adriatic pipeline and the Greece-Bulgaria interconnector, which will soon be inaugurated.

“Potentially, we can increase the supply to Europe by even more than 20 billion cubic meters. But, also, we should understand that Europe is not our only destination. We supply Turkiye with the exact figure as Italy – about 10 billion cubic meters and the demand in the Turkish market also is growing. We supply Georgia, though the market is not big, but still,” he explained.

“Our total export this year will be about 22-23 billion cubic meters, but to increase, first: a lot of investments must be made in the fields and expansion, not only of TAP. We need to expand TANAP from 16 to 32 billion cubic meters. Yes, it will not be needed to build a new pipeline. We only need to upgrade the compressor stations, but still, it is an investment.”

Azerbaijan has been supplying natural gas to Europe via the Trans Adriatic Pipeline (TAP) since December 31, 2020. TAP forms a part of the Southern Gas Corridor (SGC) mega pipeline, which was designed to support the increase and diversification of European energy supplies. TAP, the final segment of the corridor, starts at the Turkish-Greek border and runs along 773-kilometer onshore and 105-kilometer offshore routes traversing Greece and Albania toward its final destination in Italy.

The 3,500-kilometer-long mega pipeline strengthens European energy security, diversifying its energy supplies and boosting decarbonization efforts by providing an uninterrupted flow of Azerbaijani gas. The Southern Gas Corridor, defined as one of the world’s most complex and expensive pipelines built to date, is a unique energy route that carries natural gas from the Caspian Sea reserves directly to the European marketplace. The main source of natural gas for the SGC is Azerbaijan’s offshore Shah Deniz field, with an estimated 1.2 trillion cubic meters of proven reserves.

Starting in 2023, Azerbaijan is expected to supply 12 bcm of gas to the European Union. By 2027, the total volume of gas deliveries is forecast to reach 20 bcm annually.

In a July meeting with President Aliyev in Baku, European Commission President Ursula Von der Leyen said the main source of natural gas imports to Europe, namely supplies from Russia, was no more reliable than it was before due to Moscow’s invasion of Ukraine. The EU decided “to diversify away from Russia and to turn towards more reliable, trustworthy partners”, she said.

However, President Aliyev said Azerbaijan has never set a target “to compete with Russian gas on the European market”, which reached 155 bcm in 2021.

Azerbaijan's minimum proven reserves are 2.6 trillion cubic meters of gas. The country’s authorities intend to put two new gas fields into operation in response to the growing demand for natural gas in global markets. The new fields are expected to add a significant portion to the current volumes reaching European consumers.

One of the country’s biggest gas condensate fields, dubbed “Absheron", is expected to come on line and produce 1.5 billion cubic meters per year in its first phase. Other large fields with untapped potential are “Babak” and "Umid", which have estimated reserves of 400 and 200 billion cubic meters, respectively.