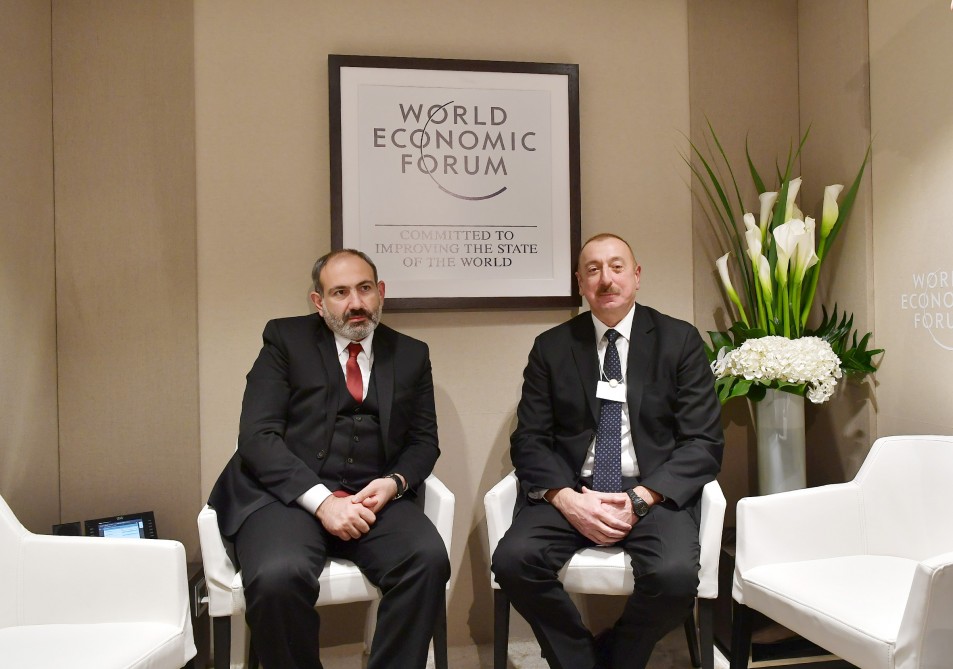 The leaders of Azerbaijan and Armenia are willing to hold the next round of talks which aim to put an end to what seems like a never-ending flashpoint in the South Caucasus, namely the Nagorno-Karabakh conflict.

The co-chairs of the OSCE Minsk Group, the mediation task force of three diplomats from the United States, Russia and France who are charged with finding a peaceful settlement to the Armenia-Azerbaijan Nagorno-Karabakh conflict, announced recently that President Ilham Aliyev of Azerbaijan and Prime Minister Nikol Pashinyan of Armenia are willing to meet.

In a statement that was released on Friday, Andrew Schofer from the U.S., Igor Popov from Russia and Stéphane Visconti of France said their meetings with both leaders in February have prepared the groundwork for what will be the first formal meeting between the two leaders, who most recently met on the sidelines of the World Economic Forum in Davos in January.

“The Co-Chairs of the OSCE Minsk Group. . . met with Armenian Prime Minister Nikol Pashinyan in Yerevan on 20 February and Azerbaijani President Ilham Aliyev in Baku on 21 February to discuss preparations for a meeting of the leaders in the near future, including possible topics for discussion,” read a statement posted to the Minsk Group’s website on March 1.

“The leaders accepted the Minsk Group Co-Chairs’ proposal to meet soon under their auspices,” the statement continues, without specifying when and where Aliyev and Pashinyan will meet.

The first meeting between the two leaders was on September 28 of last year during the Commonwealth of Independent States Council of Heads of States summit in Tajikistan’s capital city of Dushanbe. While the meeting was not formal, according to the Azerbaijani president’s website the two leaders had affirmed their commitments to the process of negotiation and efforts to enforce the ceasefire agreement.

While skirmishes along the Line of Contact are reported regularly, the Minsk Group’s co-chairs, “assessed positively the continuing lack of casualties on the line of contact” following their recent visit to the region.

The conflict between Armenia and Azerbaijan over the Nagorno-Karabakh region, which is historically and internationally recognized as part of Azerbaijan’s territory, broke out in the early 1990s, following the collapse of the USSR, when Armenia laid claims to the region that had partial ethnic Armenian population living alongside with ingenious Azerbaijanis.

With the dissolution of USSR in 1991, Armenia launched an all-out military campaign to seize Nagorno-Karabakh region, starting a war that lasted until a ceasefire in May of 1994. While the ceasefire is still legally in effect, regular shelling and firing along the Line of Contact by Armenia are not unheard of. Armenia continues to occupy the Nagorno-Karabakh region along with seven surrounding districts, altogether comprising roughly 20 percent of Azerbaijan’s internationally recognized territory. The war claimed the lives of over 30,000 Azerbaijanis, while nearly one million Azerbaijanis were internally displaced and 4,000 went missing.