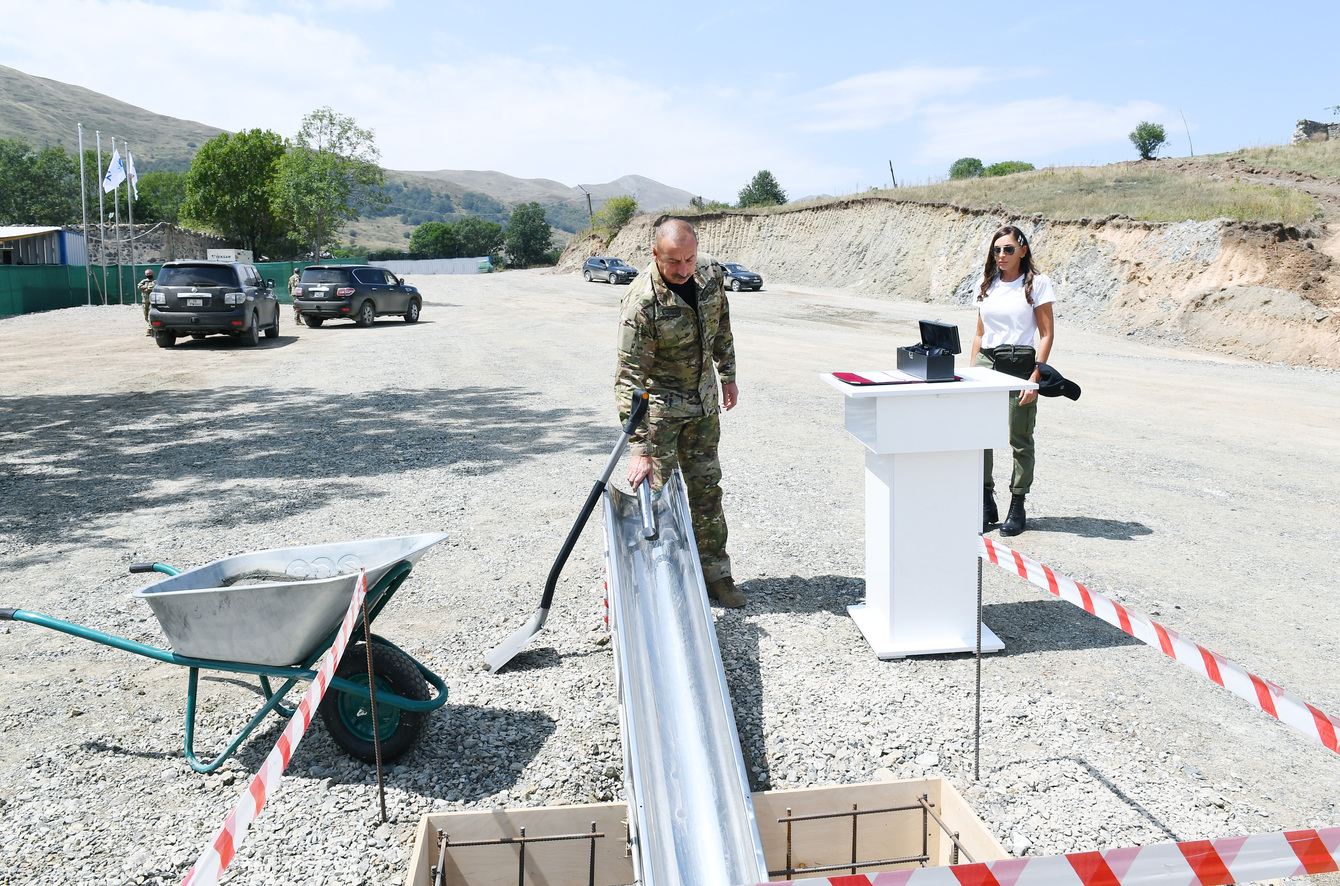 Azerbaijan’s President Ilham Aliyev laid the foundation stone for the Lachin International Airport in the country’s East Zangazur economic zone as part of his visit to the region this week.

The airport will be located at the Gorchu village of the Lachin district, slightly more than 30 and 60 kilometers from Lachin and Kalbajar cities, respectively, and about 70 kilometers from Shusha city.

The airport’s runway, spanning 3000 meters in length, will be designed to receive all aircraft types, including large cargo planes. There will be six aircraft parking areas at the facility.

While addressing the groundbreaking ceremony, President Aliyev said the search for a proper place took a long time due to difficult terrain in Kalbajar and Lachin districts. As a result, the Gorchu village was chosen as the place suitable to build an airport.

“I think this came as a surprise to many,” President Aliyev said, according to a report by Azertag.

“Some thought it was a miracle. Because during the Soviet era, there was never an airport in this region — in the Kalbajar-Lachin zone. And exactly for this reason. Because it could be a very expensive project and it is impossible to find an acceptable place. But we are doing this. The independent Azerbaijani state is capable of this as well. We have the technical capacity, financial capacity and strong will,” he noted.

The president further added that the air harbor in the Lachin district would be built by an Azerbaijani company, adding that “active work of local companies in liberated lands is one of the most important factors.”

The airport’s construction is expected to give impetus to the region’s socio-economic development and enhance its tourism potential. It will also contribute to the establishment of regional logistical centers.

Meanwhile, the airport in Lachin will be the third international air harbor to be built in the liberated Azerbaijani lands.

In January, the government of Azerbaijan launched the construction of an airport in the Fuzuli district. The airport’s runway will span 3000 meters in length. The first test flight from the airport with eight aircraft parking areas is scheduled for September 5, 2021. National flag carrier Azerbaijan Airlines has already deployed a cutting-edge ground-based VOR/DME navigation system for transmitting radio call signals at the airport.

The other air harbor will be located in the Zangilan district. President Aliyev laid the foundation stone for its construction in April 2021. It is expected to be commissioned sometime in 2022.

“The construction and commissioning of Zangilan, Lachin and Fuzuli airports will revive the region,” President Aliyev said on August 16.

The expansion of the civil aviation infrastructure in the Karabakh region comes as part of the state-run programs that followed the last year’s war between Armenia and Azerbaijan.