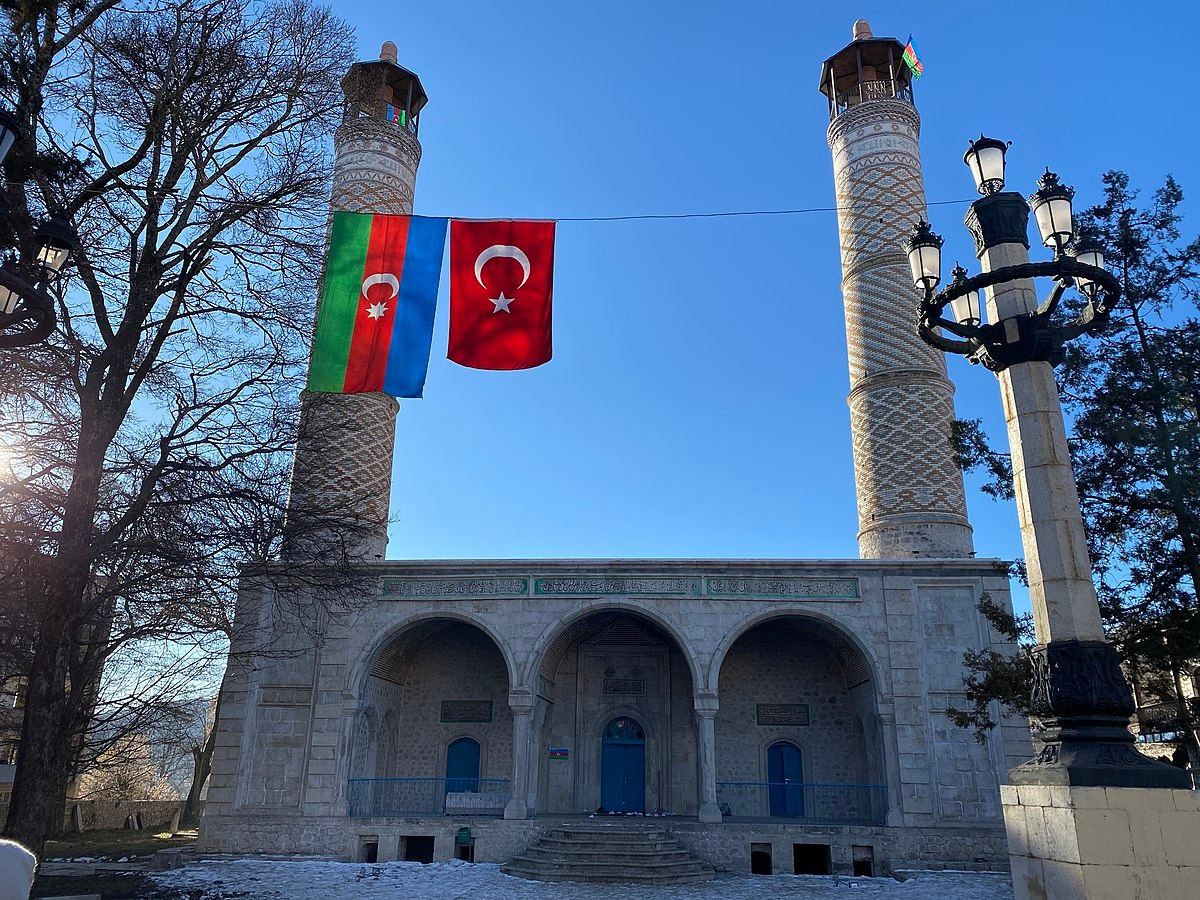 The Yukhari Govhar Agha mosque in the liberated Shusha city of Azerbaijan, May 13, 2021 / Courtesy

Azerbaijani President Ilham Aliyev believes there should be a peace agreement between Armenia and Azerbaijan to recognize each other’s territorial integrity and borders.

According to President Aliyev, Baku is ready to sign a peace treaty with Yerevan.

“However, there is no reaction from Armenia; there is no official reaction. The information we have received through unofficial channels is that Armenia is not ready for this,” President Aliyev said on July 14.

He further added that such an approach from the Armenian side could lead to a big mistake similar to what has been seen before and during the war with Azerbaijan in the Karabakh region. The Azerbaijani president is convinced that the authorities of Armenia should assess the peace proposal before it’s too late.

“Because our proposal is based on a new, real situation. We believe that the issue has been resolved, and there should be a peace agreement between Armenia and Azerbaijan. There must be recognition of each other’s territorial integrity, recognition of borders, and delimitation work must begin,” the Azerbaijani president said.

However, Baku is not going to recognize any “status” for such an illegal formation.

The post-war agenda of the Azerbaijani government includes the restoration of the liberated lands and the delimitation of borders with Armenia, which was out of Baku’s control during the years of occupation. With the liberation of Zangilan, Gubadli, Kalbajar, and Lachin, Azerbaijan regained control over its borders with Armenia. Today, the Armenia-Azerbaijan state border is literally closed and became a militarized zone due to the once-active conflict between the sides.

The ongoing ceasefire agreement between Armenia and Azerbaijan has been proven to be partially effective amidst periodical violations by the Armenian forces.

Illegal Armenian armed gangs have been committing provocations in the Karabakh region of Azerbaijan since the end of hostilities on November 10, 2020. In November and December of the same year, they attacked the Azerbaijani positions in the liberated Khojavand district, killing four servicemen of the Azerbaijani army.

In May, a group of Armenian saboteurs crossed Azerbaijan’s borders illegally to plant mines in the routes and paths used for supplying the military posts of Azerbaijan in the district of Kalbajar. In June and July of this year, the Armenian forces violated the ceasefire more than ten times and wounded several Azerbaijani servicemen.