Over Four Million Doses of COVID-19 Vaccines Administered in Azerbaijan 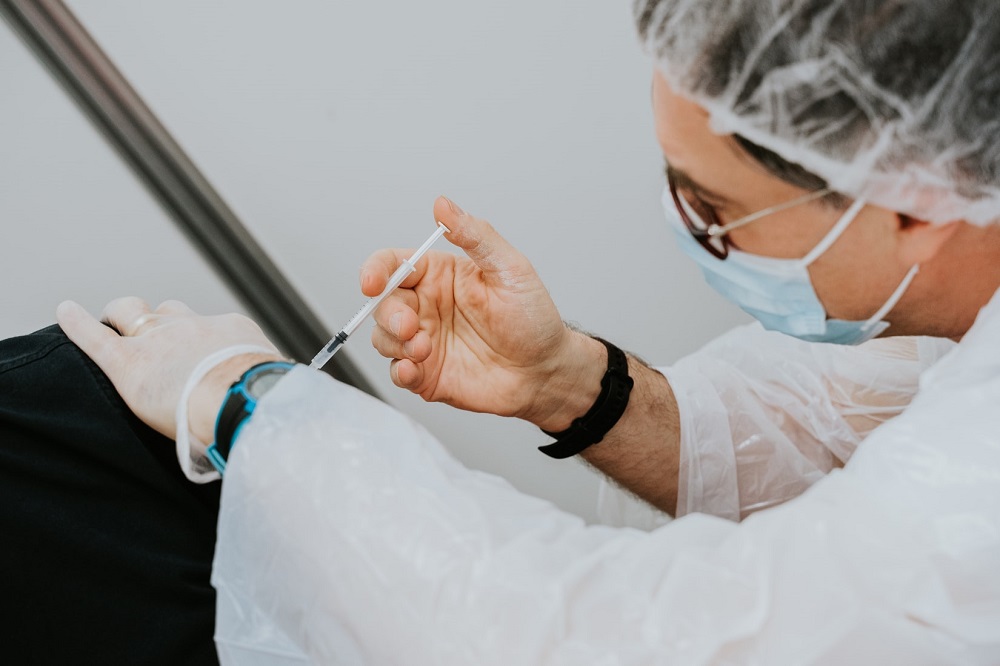 The COVID-19 vaccination campaign in Azerbaijan kicked off on January 18, 2021. / Courtesy

The number of COVID-19 vaccine doses administered in Azerbaijan surpassed 4.3 million this week.

According to the latest government data, 4,323,487 shots have been received by the Azerbaijani residents since the start of the vaccination campaign on January 18. Around 2.6 million people have got their first shot, while over 1.7 million have completed their vaccination by getting both. Most of them got inoculated with a Chinese-made vaccine, CoronaVAC.

The vaccination campaign in Azerbaijan is voluntary and government-sponsored. It should include two doses to complete the immunization and receive a vaccination passport. Residents can register for Covid-19 vaccination on an online platform launched by the state-run Agency for Compulsory Health Insurance.

Azerbaijan purchased a total of 9 million doses of the CoronaVAC vaccine manufactured by the Chinese SinoVac Company, which was confirmed to be 92 percent effective. Four million jabs are supposed to arrive in the country via Turkey, while 5 million shots will be delivered directly from China in accordance with the contract signed with the manufacturer.

COVID-19 infected 338,183 people in Azerbaijan, according to the government data. Deaths from the virus stand at 4,991, while nearly 331,200 people recovered from the disease.

The Azerbaijani government authorized the use of more COVID-19 vaccine options in addition to CoronaVAC. Residents are free to choose any immunizer for vaccination.

On April 4, 84,000 doses of British-Swedish Vaxzevria (formerly AstraZeneca) vaccines have been supplied from South Korea to Azerbaijan. A total of 432,000 jabs of Vaxzevria are expected to be delivered to the country within the COVAX initiative supported by Azerbaijan.

Azerbaijan imported 80,000 jabs of Russia-made Sputnik V as part of the purchase agreement signed between the Azerbaijani government and the vaccine’s manufacturer. The overall number of Sputnik-V jabs to be delivered to the country is 300,000.