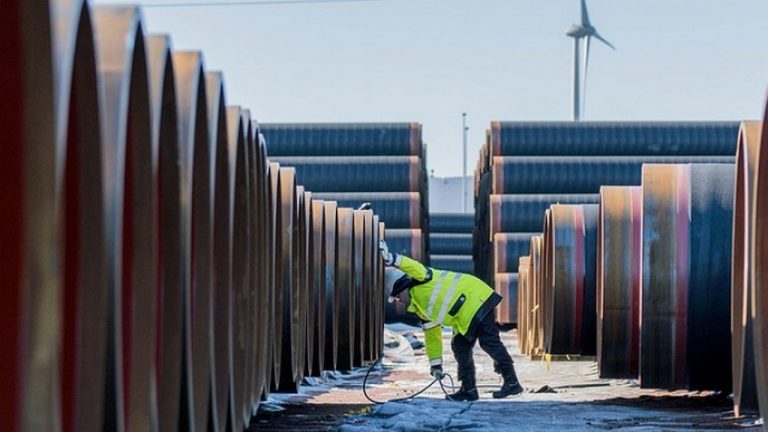 Ukraine’s state-owned Naftogaz has made attempts to enforce the arbitration ruling by trying to seize Gazprom assets in Europe, which also include the Nord Stream-2 project.

The Nord Stream-2 natural gas pipeline, which would increase Russian exports to Europe by way of Germany, could be handed over to Ukraine’s Naftogaz as a form of payment for the $2.6 billion Ukraine has been seeking from Gazprom via arbitration proceedings by Stockholm Arbitrage.

“At the end of the year, a hearing is to be held in the court of Great Britain on the enforcement of the arbitration award,” Naftogaz Chief Commercial Officer Yuri Vitrenko said, according to Gazeta.ru.

Vitrenko emphasized the possibility for the sale of the Nord Stream-2 shares at auction, in case Naftogaz wins the arbitration dispute that stems from a crisis of payments stemming from a case dating back nearly a decade.

On February 28, Stockholm Arbitrage required Gazprom to pay $2.6 billion due to a breach in a 10-year contract signed between Gazprom and Naftogaz in 2009, for the transmission of gas from Russia to and through Ukraine. Gazprom appealed the arbitration board’s decision, hoping for a reversal in the verdict.

Meanwhile, Ukraine’s state-owned Naftogaz has made attempts to enforce the arbitration ruling by trying to seize Gazprom assets in Europe, which also include the Nord Stream-2 project. Swedish and British courts granted Naftogaz’s request this summer to freeze Gazprom’s assets. However both courts reversed their decision subsequently in exchange for Gazprom’s obligation to not dispose of shares in Nord Stream-2 until the arbitration proceedings conclude.

“There is a probability of compulsory collection of shares of Nord Stream 2 AG, and it is quite large, but it is too early to talk about it,” Alim Bishenov, managing partner of the BMS Law Firm told Gazeta.ru.

However, Gazprom has lack of chances for the situation to change, Bishenov believes, saying there must be a very serious argument for reversing Stockholm Arbitration’s decision.

Meanwhile, Naftogaz intends to demand from Gazprom $110 million more as compensation for differences in the price of gas that Ukraine has been forced to pay for purchasing European gas as a result of Gazprom stopping its supplies to Ukraine in March of this year.

“We have initiated a new arbitration proceeding and intend to force Gazprom to compensate the difference in the gas that we purchase on the European market and the gas that would have been stipulated by the contract changed in the arbitration,” Bishenov said.

“We will force Gazprom to compensate that price difference, and the compensatory amount already exceeds $110 million.”

The Nord Stream-2 twin pipeline is designed to deliver 55 billion cubic meters (bcm) of Russian natural gas to Europe, bypassing Europe’s traditional import channels, which run through Ukraine. As a major transit country for Russian gas supplies to Europe, Ukraine has become a furious opponent of the project. Nord Stream-2 would run from northwestern Russia, beneath the waters of the Baltic Sea, and plug into Germany’s grid above ground.

While Ukraine opposed the project due to lost transit revenues, the United States is against it as well. In July, at a NATO summit in Brussels, President Donald Trump said “Germany is totally controlled by Russia” due to Europe’s heavy reliance on Russia to meet its ever-growing demand for energy. American energy companies have been looking to export the country’s surplus of natural gas in the form of LNG, liquefied natural gas.

However, the Federation of German Industry made it clear on Monday that U.S. pressure aimed to force the country to abandon the Russian-led Nord Stream 2 pipeline and buy American LNG will not work out, since it does not make much economic sense for Europe.