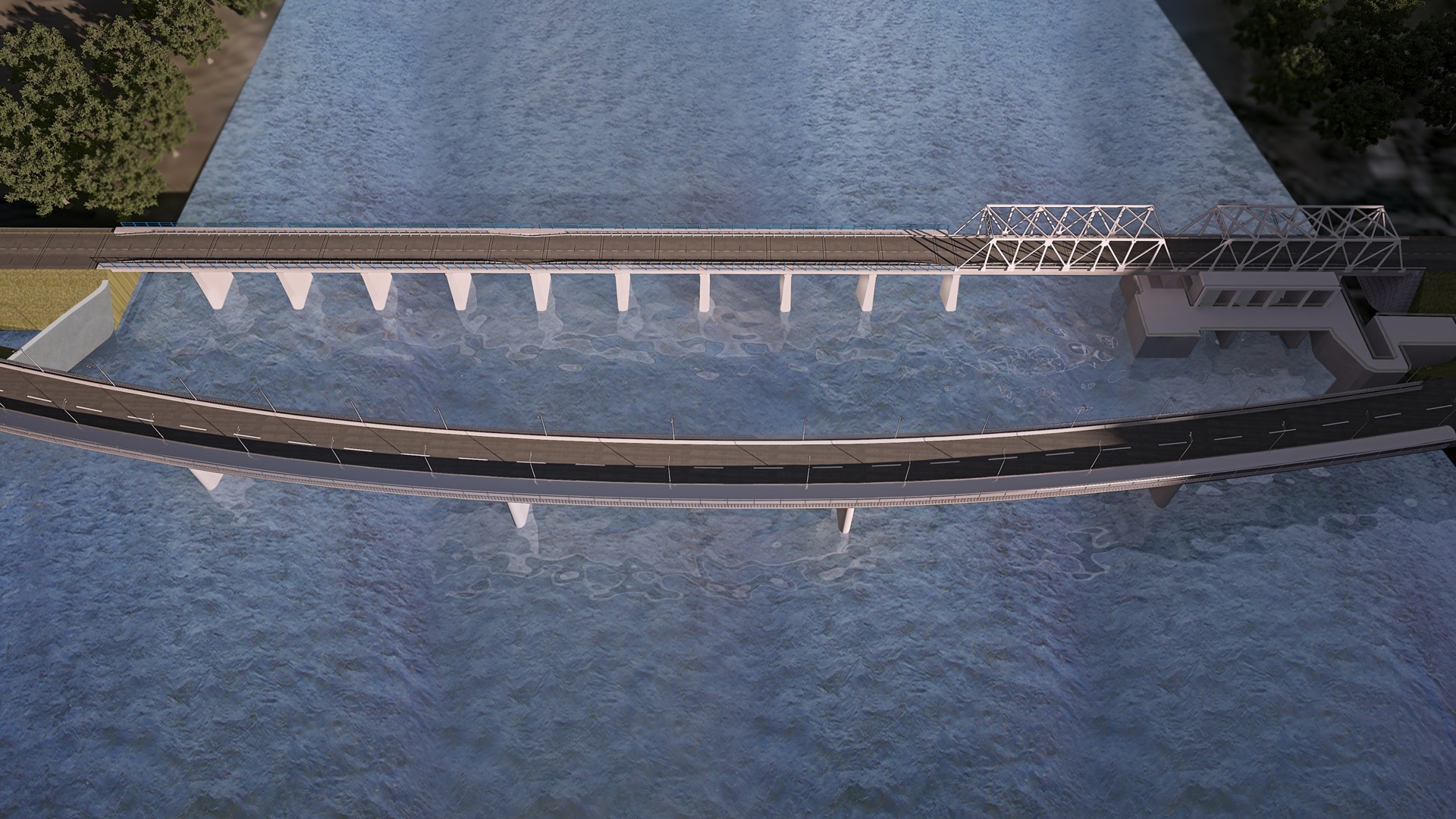 Two-lane traffic will be allowed on the bridge across the Samur River, however, a third lane will open when necessary during rush hours. / State Agency of Azerbaijan Automobile Roads

The International North-South Transport Corridor (INSTC) is expected to take a giant leap in 2020. Officials in Russia announced on Tuesday that a bridge that connects the country with its Caspian neighbor Azerbaijan, forming part of INSTC, will come online at the end of this month.

Officials at the Russian Federal Road Agency’s Federal State Institution (FSI) for the Management of Federal Roads told DorInfo media that at present, construction of the bridge across the Samur River along the Russia-Azerbaijan border is 99 percent complete. The bridge will open to traffic no later than December 31.

The new bridge stretches from the Samur customs checkpoint in Azerbaijan to the Yarag-Gazmalar checkpoint in the Maharramkand region of Russia’s Dagestan Republic. It measures 325.3 meters (356 yards) in length and 17.3 meters (19 yards) in width. It is expected to replace the obsolete, existing structure, which was commissioned during the Soviet era, in 1957. Two-lane traffic will be allowed on the bridge; however, a third lane will open when necessary during rush hours.

Azerbaijan and Russia agreed to the bridge’s construction over six years ago, but construction did not begin until 2017. Its total cost is 36.5 million Azerbaijani manats ($21.5 million) and is funded equally by Baku and Moscow.

Meanwhile, Russia’s Economic Development Minister Maksim Oreshkin said the bridge across the Samur River is an important part of the INSTC, and the launch of traffic on it is considered an important event in Russia.

“Moreover, the main part of the transit will be formed by Russian cargo going to India and Iran and [back] from these countries. In the future, perhaps, we will talk about South and Southeast Asia, the Gulf states,” he said, referring to a possible expansion of the geography of INSTC.

The INSTC is a 7,200 km (4,474 mi) multi-modal network of rail, road and sea routes that will speed up the transportation of cargo between South Asia and Russia and the Baltic Sea area. The route is expected to cut cargo delivery time on similar distances in half, from six weeks to three weeks, and open an all-new distance that is 3,000 km (1,864 mi) shorter than conventional routes.

Three Caspian Sea basin countries – Azerbaijan, Russia and Iran – have been incorporated into the route. Located between Iran and Russia, Azerbaijan contributes to the route’s feasibility and success. Also forming part of the route is the Astara-Astara railway line that opened in 2017, linking two towns of the same name: one in Azerbaijan and the other in Iran.