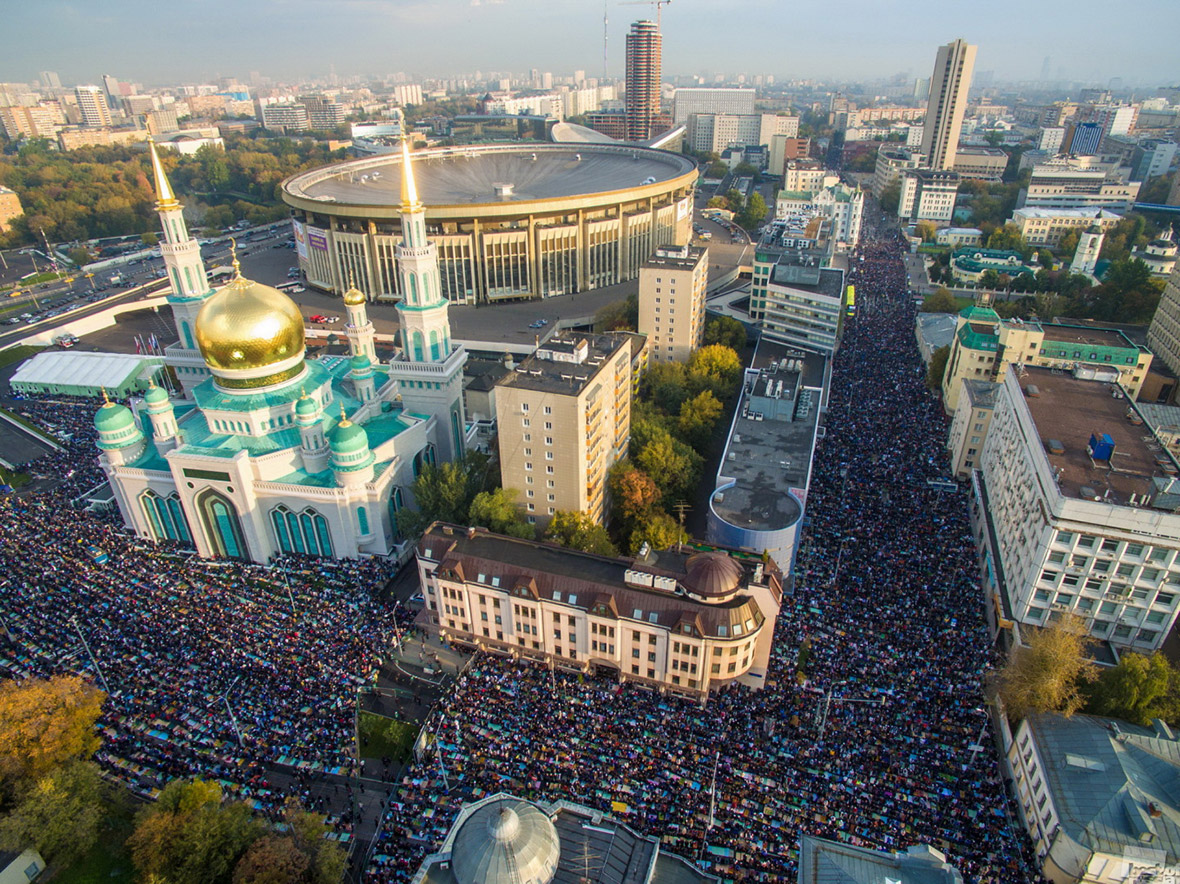 The Feast of Sacrifice in Russia runs from July 9 to 11 under the testimony of Muslim theologians from the Spiritual Administration of Muslims of Russia, a Moscow-based centralized religious organization

Russia is the only non-Muslim majority country in the Caspian region, but the Muslim population there is said to be nearly 20 million – roughly 15 percent of the total population of over 142 million.

This year, the Feast of Sacrifice in Russia runs from July 9 to 11 under the testimony of Muslim theologians from the Spiritual Administration of Muslims of Russia, a Moscow-based centralized religious organization. Muslims gathered in mosques and specially prepared areas throughout Russia. The Moscow Cathedral Mosque, considered the biggest mosque in Europe and Russia, is expected to receive 200,000 Muslims throughout the three days of celebrations. The mosque underwent a $170 million renovation in 2015 when it was expanded to accommodate 10,000 people at a time.

Eid al-Adha, also known as the Festival of Sacrifice, is centered on the story in the Quran about Allah testing the loyalty of the prophet Ibrahim by commanding him in a dream to sacrifice his only son, Ismail, as a sign of faith. Just as Ibrahim was about to sacrifice his son, Allah stopped him from doing so, and, instead, allowed him to make a sacrifice using a lamb.

The celebration of this holiday traditionally features slaughtering an animal that represents the creature Ibrahim sacrificed in place of his son, such as a goat, sheep, bull, cow, or camel. The meat from the sacrificed animal is traditionally divided into three parts and shared with family and relatives, neighbors, and the needy.

During Eid al-Adha, mosques are filled with worshippers, who pray the God, showing their loyalty and seeking blessing from Allah. Friends and families come together to sacrifice an animal, exchange gifts, and eat traditional foods.

The date when Eid al-Adha starts depends on the lunar calendar. This method of calculation drifts the date approximately 11 days earlier each year according to the Gregorian (solar) calendar. Eid al-Adha falls on the 10th day of Dhu al-Hijjah on the Islamic (lunar) calendar, during what is the 12th and one of the most sacred months of the Islamic year. During this month, the sacred Hajj pilgrimage to the holy city of Mecca in Saudi Arabia takes place.