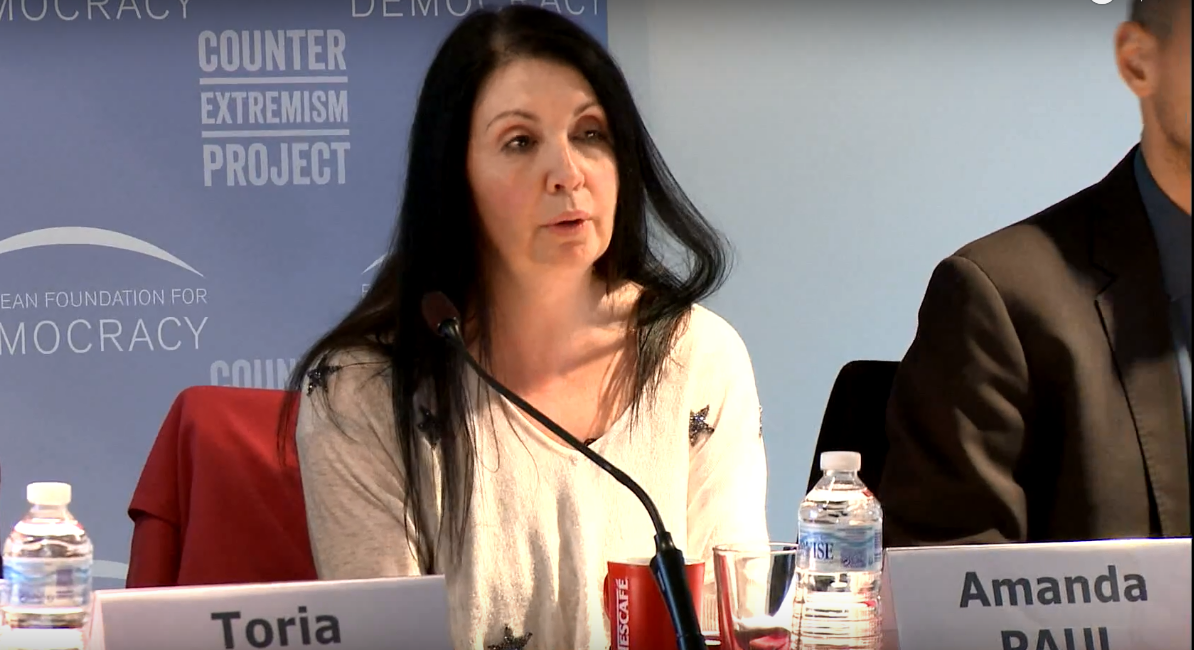 Amanda Paul delivers a speech at political dialogue on preventing radicalization in the EU co-organized jointly by the European Policy Center and the European Foundation for Democracy and the Counter Extremism Project, November 16, 2016 / Youtube

Security and stability in the South Caucasus region remain under threat due to one of the world’s longest-running conflicts, namely that over the Nagorno-Karabakh region which is internationally recognized territory of Azerbaijan. Decades of international efforts to bring the conflict between Armenia and Azerbaijan to a close have all failed to achieve a breakthrough, but some remain hopeful that talks could eventually lead to progress.

Amanda Paul, a policy analyst at the European Policy Centre in Brussels, says that recent diplomatic efforts are a step in the right direction, but more than meetings are needed.

“Meetings between the foreign ministers and the leaders of Azerbaijan and Armenia are a positive step and serve as a basis for a ‘new optimism’ in the settlement of the Nagorno-Karabakh conflict,” Paul told Report.az on Monday. “This can be seen as a change in dynamics. However, progress still depends on the political will of both parties to transform the dialogue into concrete steps.”

The foreign ministers of Armenia and Azerbaijan, Zohrab Mnatsakanyan and Elmar Mammadyarov, last met in Moscow on April 15, but no progress was made on key issues, such as the withdrawal of Armenian troops from the occupied region nor the return of internally displaced persons to their homes.

Paul believes that Armenia’s leaders need to take bolder action towards a peaceful settlement of a conflict which began in the wake of the breakup of the Soviet Union in 1991.

“The progress in the negotiation process also depends on whether the new Armenian leader Nikol Pashinyan intends to change his approach to the issue or will stand by the old position of Armenia. This is still unclear,” Paul told Report.az.

In the late 1980s, when the USSR had all but collapsed, Armenian nationalists made territorial claims on Azerbaijan's Nagorno-Karabakh region, which had been partially populated with ethnic Armenians living alongside indigenous Azerbaijanis. After the Soviet Union ceased to exist, in 1991, the newly born Armenian state launched an all-out armed campaign against Azerbaijan to seize its Nagorno-Karabakh region.

As a result of the full-scale war, which lasted from 1991 until a ceasefire deal in 1994, 20 percent of Azerbaijan’s internationally recognized territory – the Nagorno-Karabakh region and seven surrounding districts – were occupied by Armenia. The bloody war claimed the lives of over 30,000 Azerbaijanis and expelled one million more from their homeland.

In 1993, the United Nations Security Council had passed four legally binding resolutions demanding Armenia to pull its armed forces back from the occupied territories, but all four go unfulfilled to this day. The conflict remains a ticking bomb. In 2016, from April 1-5, the two countries went to war once again after Armenian forces deployed in the occupied territories of Azerbaijan started shelling Azerbaijani villages.

When Nikol Pashinyan came to power in Yerevan a year ago, some were hopeful that a new chapter would begin. But an antagonistic and deterrence-oriented policy soon took shape, and Pashinyan advocated for what has been a red line for Baku: including the self-styled illegal separatist regime in the occupied Nagorno-Karabakh region as a party to negotiations.

In response to Pashinyan’s desire to change the current structure of negotiations, OSCE Chairman in Office Miroslav Lajčák from Slovakia said in his recent address in Baku that mediation by the OSCE Minsk Group is the only recognized format of talks.

“My visit to Baku is a message that OSCE chairman Slovakia strongly supports the settlement of this conflict. The OSCE Minsk Group is the only recognized format in the negotiations. And any changes should be coordinated,” Lajčák said in a press conference in Baku on March 5, according to Trend.